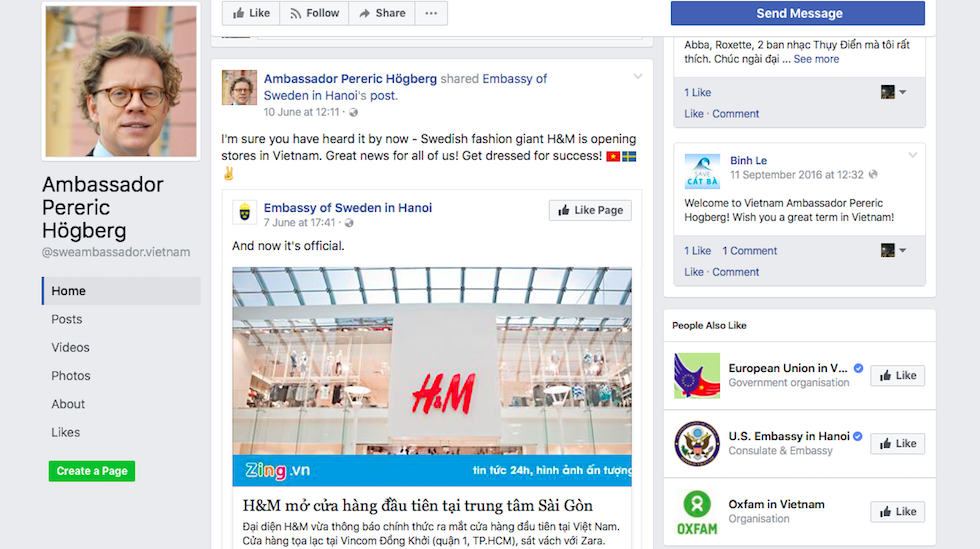 Ambassador Pereric Högberg and Embassy of Sweden in Hanoi announces the opening of H&M in Vietnam.

“I’m sure you have heard it by now – Swedish fashion giant H&M is opening stores in Vietnam. Great news for all of us! Get dressed for success,” writes the Swedish Ambassador in Vietnam, Pereric Högberg.

The store will be located in Vincom Dong Khoi in District 1 and is expected to open with the launch of H&M’s 2017 Fall/Winter Collection in the Autumn.