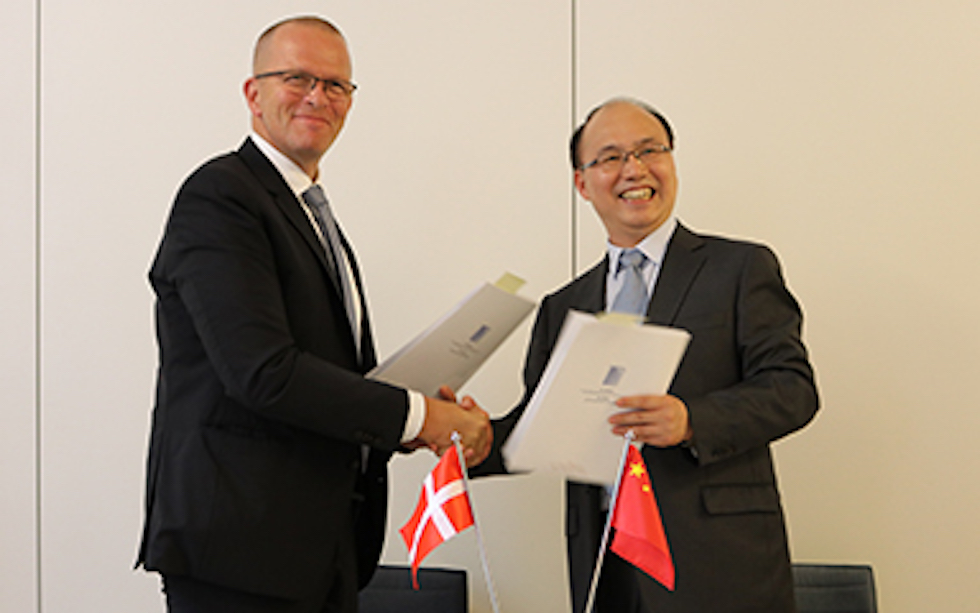 The Danish Maritime Authority and the Chinese Bureau of Water Transport held a maritime consultation meeting on Wednesday 14 June 2017.

The Danish Maritime Authority and the Chinese Bureau of Water Transport under the Chinese Ministry of Transport exchanged views on the two countries’ cooperation in the maritime field as well as on the general challenges faced by maritime transport.

“It is very positive that China and Denmark meet regularly to exchange views, ideas and experiences on maritime issues”, says Director General of the Danish Maritime Authority, Andreas Nordseth. ”Chinese and Danish ship owners are among the world’s largest carriers at sea, and as maritime nations we share many common interests.”

Other current issues on the international shipping agenda were also debated, including inter alia the regulation of shipping’s CO2 emissions.

As early as in 1974, the then Chinese leader Deng Xiaoping and Prime Minister Port Hartling signed the first agreement on maritime transport between Denmark and China.

Since 2010, consultation meetings have been held regularly where views and experiences in the maritime field are exchanged.

A possibility for showcasing Blue Denmark

The two-day visit by the Chinese delegation also offers an opportunity to present a section of Blue Denmark. Today, the Danish Maritime Authority and the Chinese delegation will set to sea from the Northern Custom House, Nordre Toldbod, to look at the rapid development of the northern part of Copenhagen Port. Subsequently, they will continue to the DFDS terminals to visit the Oslo ferry. Finally, the Chinese visit is rounded off with a visit to the BIMCO headquarters in Bagsværd north of Copenhagen.