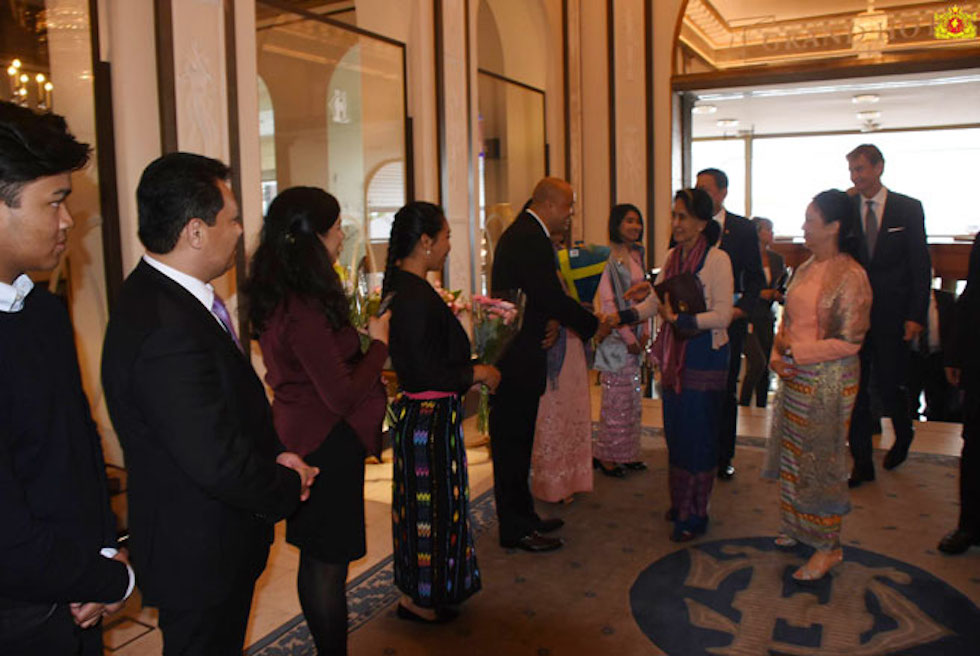 State Counsellor of Myanmar, Da Aung San Suu Kyi, made a visit to Sweden last week, where she among others met with the Swedish Prime Minister, the Minister of Foreign Affairs and various representatives from Swedish companies such as H&M and Ericsson.

San Suu Kyi arrived in Sweden on Sunday 11 June 2017. The State Counsellor and her delegation were welcomed at the airport by Myanmar Ambassador U Kyaw Swa Min, embassy staff and family, and Myanmar nationals in Sweden. 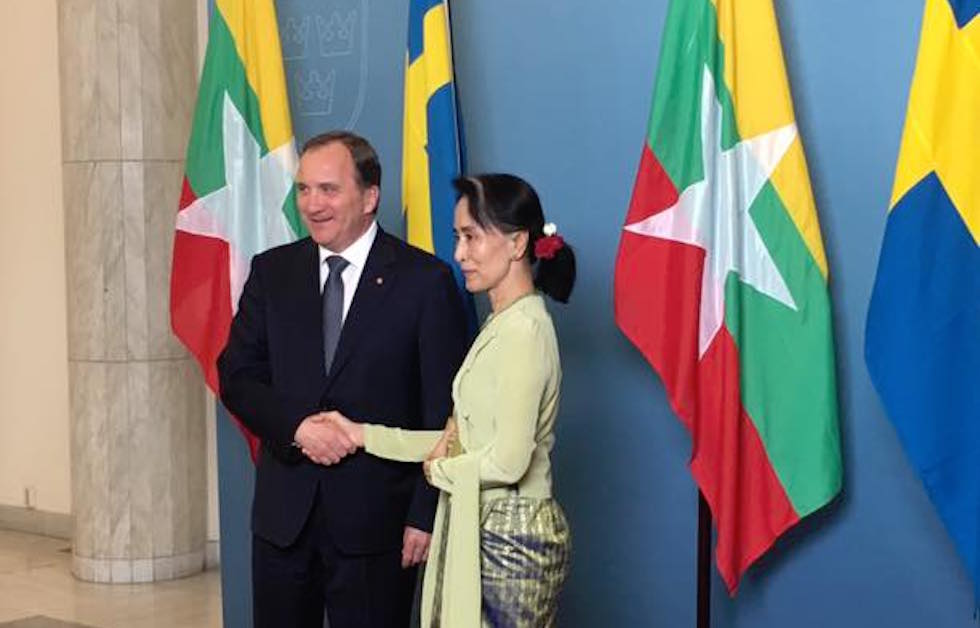 During her two-day visit to Sweden, Daw Aung San Suu Kyi have had bilateral talks with Minister for Foreign Affairs, Margot Wallström, Minister for EU Affairs and Trade, Ann Linde, and Minister for International Development Cooperation and Climate, Isabella Lövin. She also gave a speech in the Riksdag at the invitation of Speaker of the Riksdag, Urban Ahlin.

During the meeting, matters relating to improving bilateral relations, continued assistance from Sweden on overcoming the challenges faced by Myanmar during the transition period, national reconciliation and peace process in Myanmar, stability and development of Rakhine State,  increasing cooperation under a new strategic framework set up by Sweden for Myanmar’s development, exchanging high-tech know-how and creating markets in the agriculture sector, and cooperation in the trade, education and transport sectors were discussed. 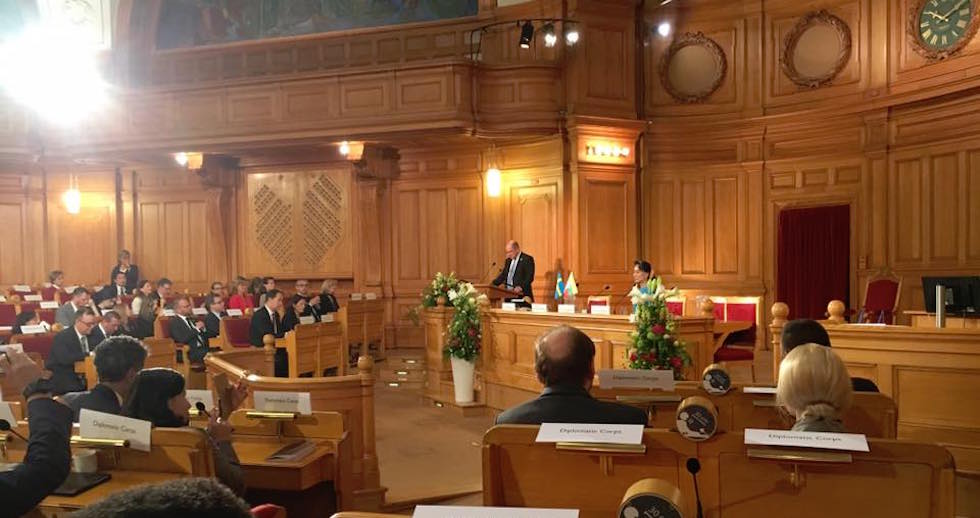 Afterwards, the State Counsellor met with Oscar Stenstrom, Sweden’s State Secretary for Ministry of Trade, as well as representatives of Swedish companies H&M, Ericsson and Scania to discuss the economy and increasing investment.

The State Counsellor also met with Ann Linde, Sweden’s Minister for EU Affairs and Trade, at the Ministry for Foreign Affairs and discussed matters relating to workers’ rights, employee-employer relations, the market for agricultural produce and cooperation in a mass-transit system.