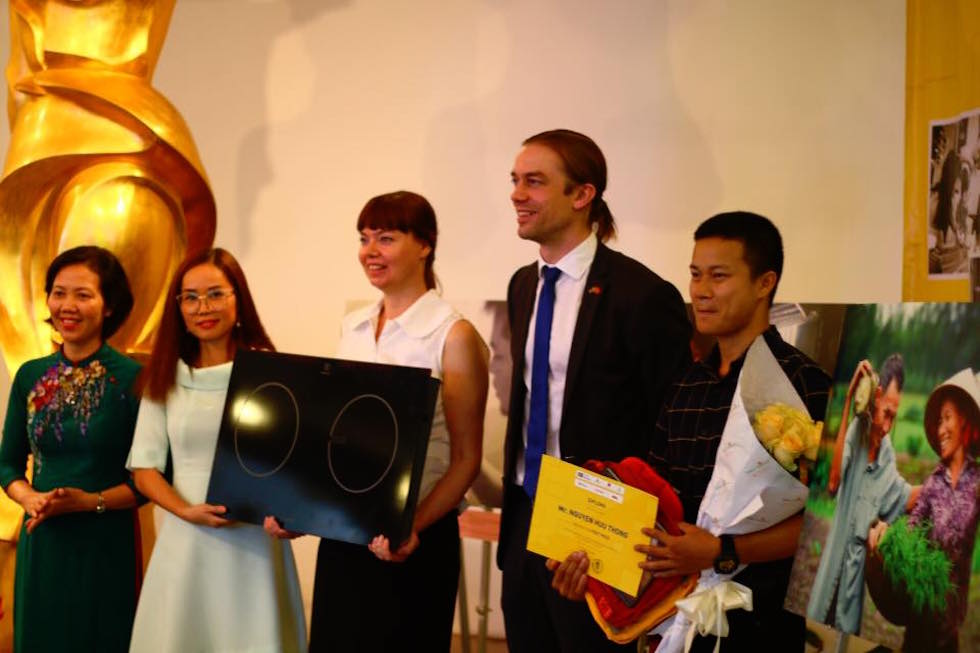 Nguyen Huu Thong standing next to his winner photo, “Sharing at work”.

Winners of the ‘Equal families in Vietnam’ photo contest were honoured at a ceremony in Hanoi on Wednesday 21 June 2017.

Nguyen Huu Thong from Hanoi won the first prize with his photo ‘Sharing at work’ which features a smiling old couple working together on a farm.

“The contest conveys a message of humanism,” Thong said, stressing that through images of equal and happy families, the contest reminds people of the core value of life and inspires love and appreciation of their families. 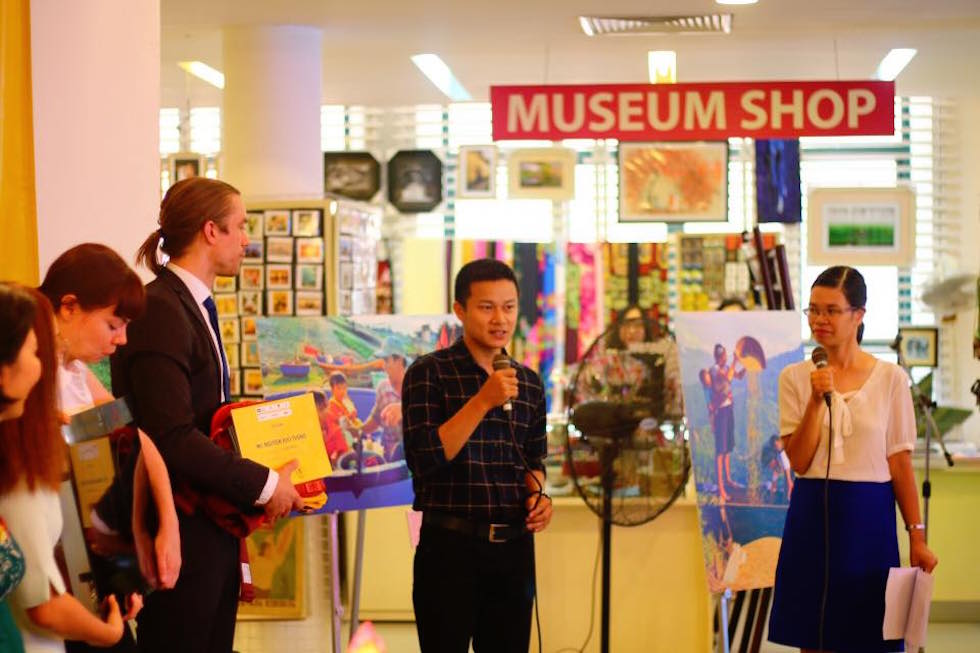 The ‘Equal families in Vietnam’ contest was launched by the Embassy of Sweden in Hanoi in March 2017, in coordination with Vietnam’s Ministry of Culture, Sports and Tourism and the Vietnamese Women’s Museum.

Speaking at the award ceremony, Gustav Dahlin, Second Secretary at the Embassy of Sweden, said that equality is an important issue, which begins in the family and has laid a firm foundation for a modern, creative and prosperous society.

Twenty outstanding entries of the contest are being displayed at an exhibition opened at the Vietnam Women’s Museum in Hanoi, which will run for one month. 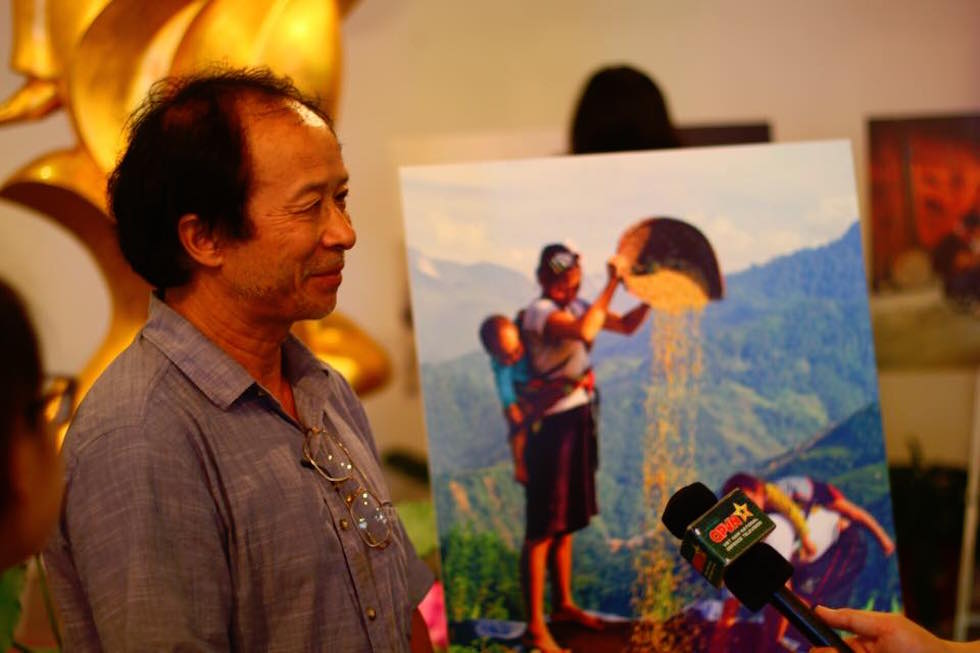 See more on Embassy of Sweden in Hanoi’s Facebook!