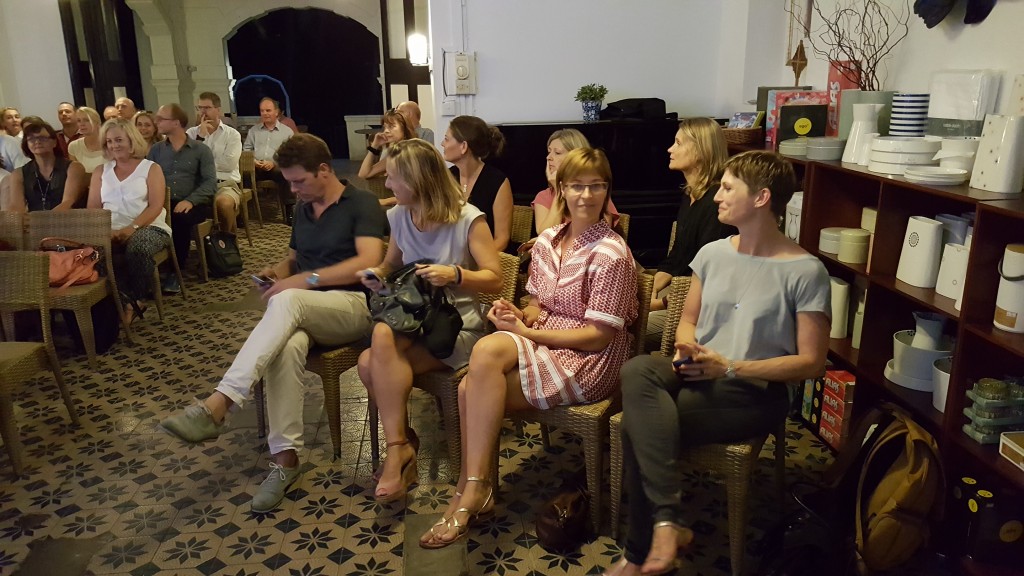 Over 30 environmentally aware Scandinavians – mostly Danes – were gathered at the Danish Seamen’s Church in Singapore on Tuesday 18 January 2016 hoping to be able to confront one of the bad guys from the palm oil plantation industry with their bad experience with the terrible haze that Singapore experienced by the end of 2015.

But they soon became a lot wiser.

In fact only a small part of the total area that is deforested every year is cleared to establish palm oil plantation. The vast majority is cleared by small landowners who plant rice, tapioca or other cash crops. And as for the areas that are actually burned to become palm oil plantations there is a huge difference between planters, who develop their plantations sustainably and planters that are purely focused on profit maximizing. 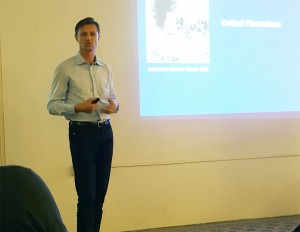 Carl Bek-Nielsen, Vice Chairman and Chief Executive Director of United Plantations and second generation Danish planter in Malaysia, quickly captured the audience with his vast knowledge of all the factors that needs to be taken into consideration – and in particular his focus on the human beings whose livelihood today and dreams of creating a better tomorrow for their children were at stake here. Sustainability would be an empty word without this humanitarian aspect.

Carl Bek-Nielsen has spearheaded the development of certification of palm oil plantations that operate following specific guidelines for sustainability and balance both the human factor and the environment. He criticized openly the purchasers of palm oil for not being willing to pay the tiny surplus that palm oil plantations needed to make it also an economically better choice for planters to produce palm oil in a sustainable way. And he urged his listeners to keep pressuring the industry by only buying products based on palm oil where the oil came from certified sustainable plantations.

Carl Træholt talked about measuring and monitoring the impact of palm oil plantations on the biodiversity of an area. He also showed how it was possible to minimize the negative impact on the environment if palm oil plantations were laid out in a different way with fingers of original vegetation stretching into the monoculture areas. We learned about his efforts in finding ways to control the surge in rat population that would come with palm oil cultivation by introducing natural enemies like jungle cats and snakes. 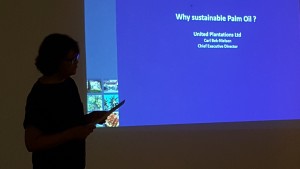 The evening was organized by Mette Langebæk, a Dane living in Singapore who together with other frustrated citizens have established the Hazebusters Group on Facebook. The group describes themselves as people who are trying to “find ways in which we can influence the development towards stopping the recurring of the illegal burning of forests in South East Asia.” The group’s members are Danes residing in Singapore and counted over 60 on the day the meeting took place at the Danish Seamen’s Church. 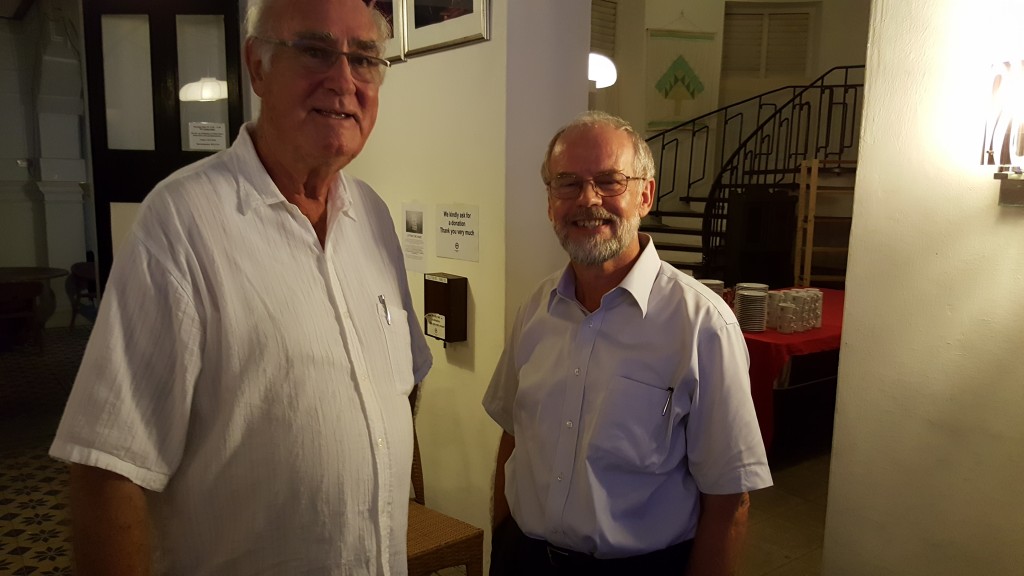