The details of the programme for Their Majesties King Carl XVI Gustaf and Queen Silvia’s State Visit to Indonesia have been announced. ScandAsia presents most of the highlights. 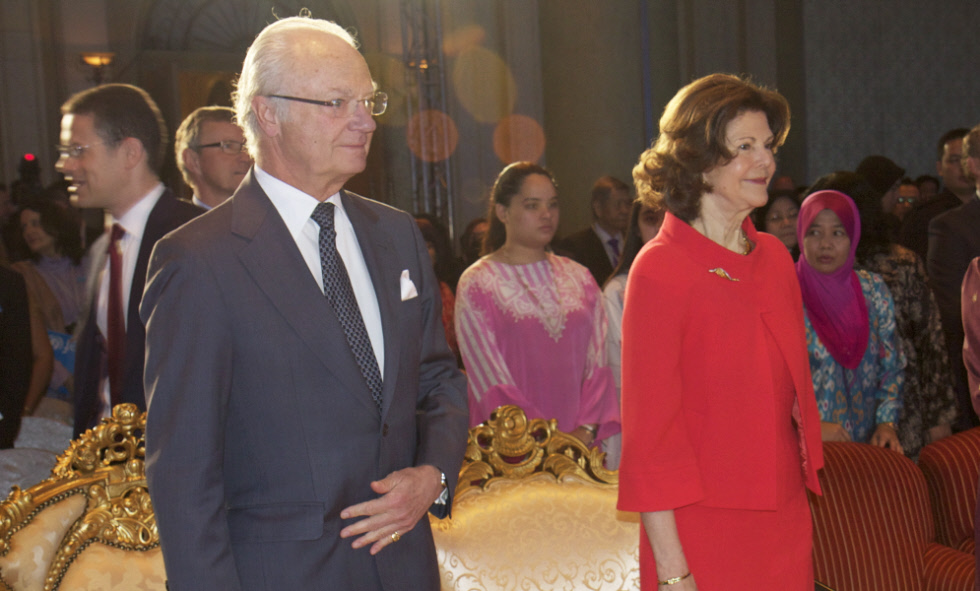 The Swedish State Visit to Indonesia on 22-24 May 2017 is at the invitation of President Joko Widodo. The Swedish government is represented by Foreign Minister Margot Wallström and Infrastructure Minister Anna Johansson.

The state visit is an opportunity to strengthen the political, economic and cultural relations between Sweden and Indonesia on a long-term basis, writes the Swedish government. Trade, sustainability, research and innovation are the main themes of the visit.

The state visit will begin with the official reception ceremony on 22 May, with an official reception ceremony in the presidential palace of Bogor, where the king and queen are welcomed by President Joko Widodo and Mrs Iriana Widodo. Aside the ceremony, which includes tree planting, the King and the President will also have individual talks, attend the signing of a memorandum of understanding and hold a press conference.

The reception ceremony is followed by a state bank office in the palace.

Seminar on Forest and Sustainability
In the afternoon, the royal couple participates in a seminar on forest and sustainability at, the International Center for Forestry Research, CIFOR. They are received by Director General Peter Holmgren and his wife Ann-Sofie. CIFOR is a non-profit science institution engaged in research on forest and landscape management in the world. The seminar on forest, sustainability, packaging and wood include participants from CIFOR, Swedish and Indonesian authorities and companies. Swedish Foreign Minister Margot Wallström represents the government. 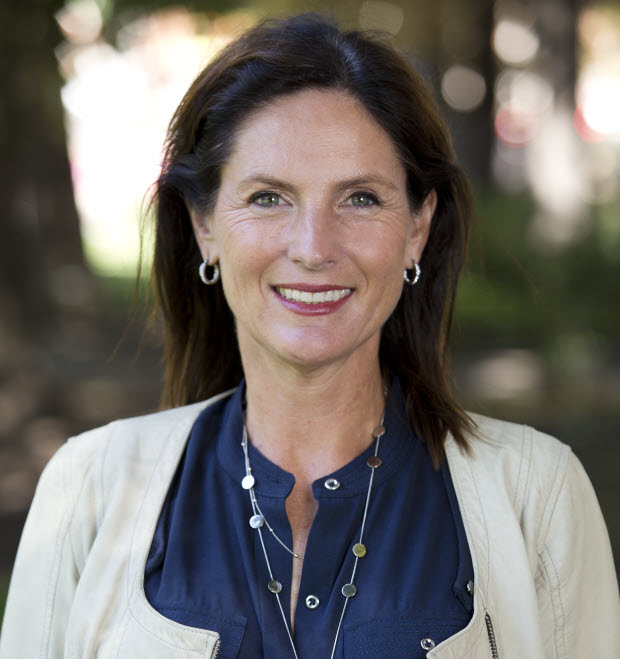 In the evening, a reception takes place hosted by Sweden’s ambassador in Jakarta, Johanna Brismar Skoog.

On 23 May King Carl XVI Gustaf participates in the closing of a hackathon, with students from four outstanding Indonesian universities, divided into eight teams. During 24 hours, the teams develop concepts within the framework for Jakarta Smart City that can improve the traffic situation in Jakarta. At the end of the 24 hours students are expected to present a functional demo. A judge panel then designates a winning team.

Jakarta Creative Hub
At the same time Queen Silvia visits Jakarta Creative Hub together with Foreign Minister Margot Wallström. The Jakarta Creative Hub, launched on March 1, 2017, is a gathering place for young creators who wish to test new ideas and concepts within design, fashion and textiles and more. The premises also offer space to start-up companies for no or very favourable rent. Indonesia is one of the world’s largest manufacturing countries for the textile and fashion industry.

After a walk-through and presentation of this hub’s various areas of activity – with the opportunity to converse with young apprentices and creators – a seminar takes place that brings up young designers, entrepreneurship, internationalization and innovation as topics.

During this day the royal couple also visits Jakarta’s old town, Kota Tua as well as the Volvo club chairman. Volvo has a great deal of affection for many Indonesians and is considered a “brand of culture”. 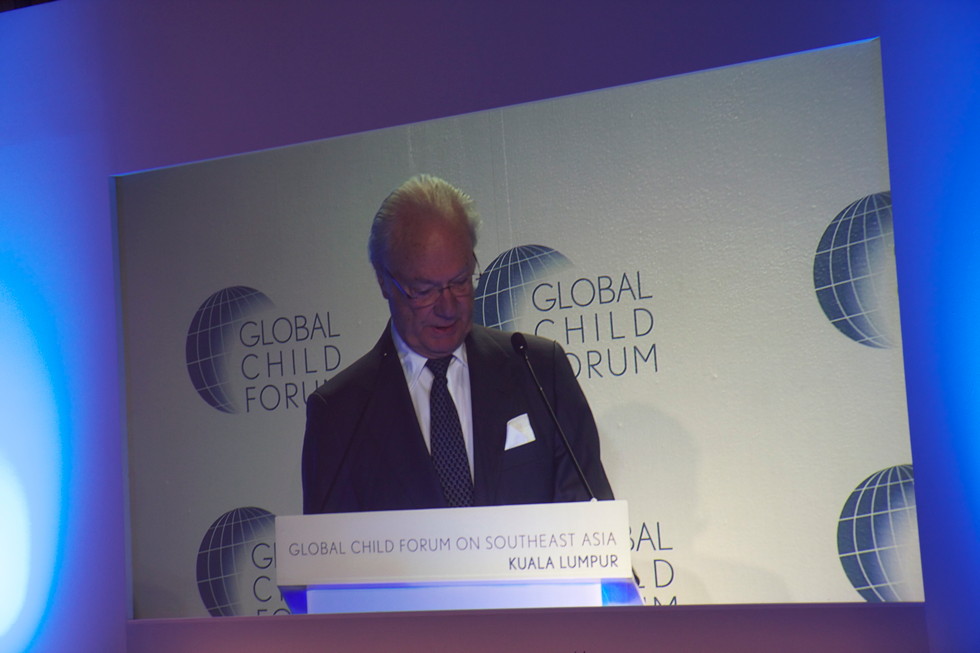 Indonesia Sweden Executive Business Forum
The king participates i the high level forum ‘Indonesia-Sweden Executive Forum, ISEF’, where round table talks between business leaders from both countries take place with ministers. Anna Johansson participates from the Swedish side. The Forum aims to create a platform for continued cooperation and to strengthen relations between Indonesian and Swedish companies and institutions.

The Queen and the Foreign Minister Margot Wallström, meanwhile, will participate in a high-level round table meeting with decision makers from Indonesia and Sweden, youth representatives and representatives of associations, for discussions on how to work in each country to stop violence against children. Both Indonesia and Sweden are leaders in global cooperation in Agenda 2030 to end violence against children. The conversation is moderated by Gunilla Olsson, Unicef.

The second day ends with a reception where the royal couple gives a reception at the Hotel Indonesia Kempinski. In connection with the reception, exhibitions will be displayed highlighting Sweden from various aspects, focusing on sustainability, innovation and creativity. Swedish music will also be played. 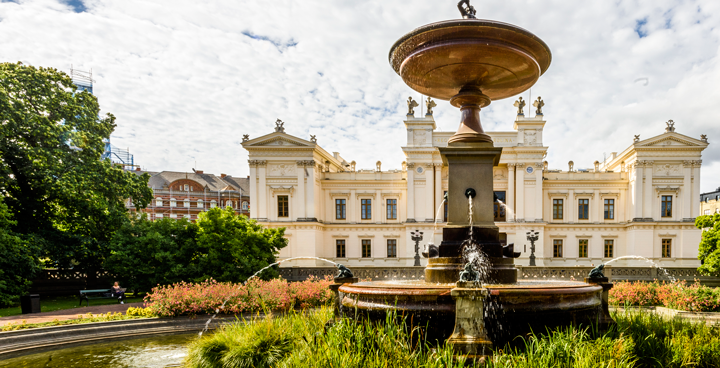 The third day of the state visit takes place in Bandung, the capital of Indonesia’s most populous province, Western Java. There, the royal couple, among other things, visit the Institute of Technology Bandung, ITB, which is one of Indonesia’s premier universities.

At the ITB, they will meet representatives of Alumni Swedia, an alumni association for Indonesian students who studied in Sweden. In connection with the meeting, the Swedish Institute and the Indonesian scholarship authority LPDP will sign a cooperation agreement. A portal for bringing together alumni with Swedish companies in Indonesia will also be launched by Swedish companies and the Swedish Institute.

After that, the visit continues with a “triple helix” seminar on innovation – a joint venture between IBT and Lund University. The Swedish triple helix model, where cooperation between public actors, industry and universities as led to a favorable innovation climate, has gained great interest in Indonesia. During the seminar, Viktor Övall, Rector at Lund University, summarizes the conclusions of the day’s discussions, Infrastructure Minister Anna Johansson makes a speech, and Ulf Ewaldsson, Ericsson holds a presentation about triple helix-collaboration from a corporate perspective. Then the Indonesian entrepreneur and scientist Ilham Habibie holds a presentation.

The state visit ends when the royal couple leaves Bandung.

Foreign Minister Margot Wallström on 24 May has a separate programme.

It begins with visits to the Indonesian National Defense Forces Peacekeeping Center in Sentul. There, a walking tour takes place following a seminar on women in peacekeeping efforts.

Thereafter, Foreign Minister Margot Wallström holds a lecture, including discussion, about the feminist foreign policy at the University of Indonesia.