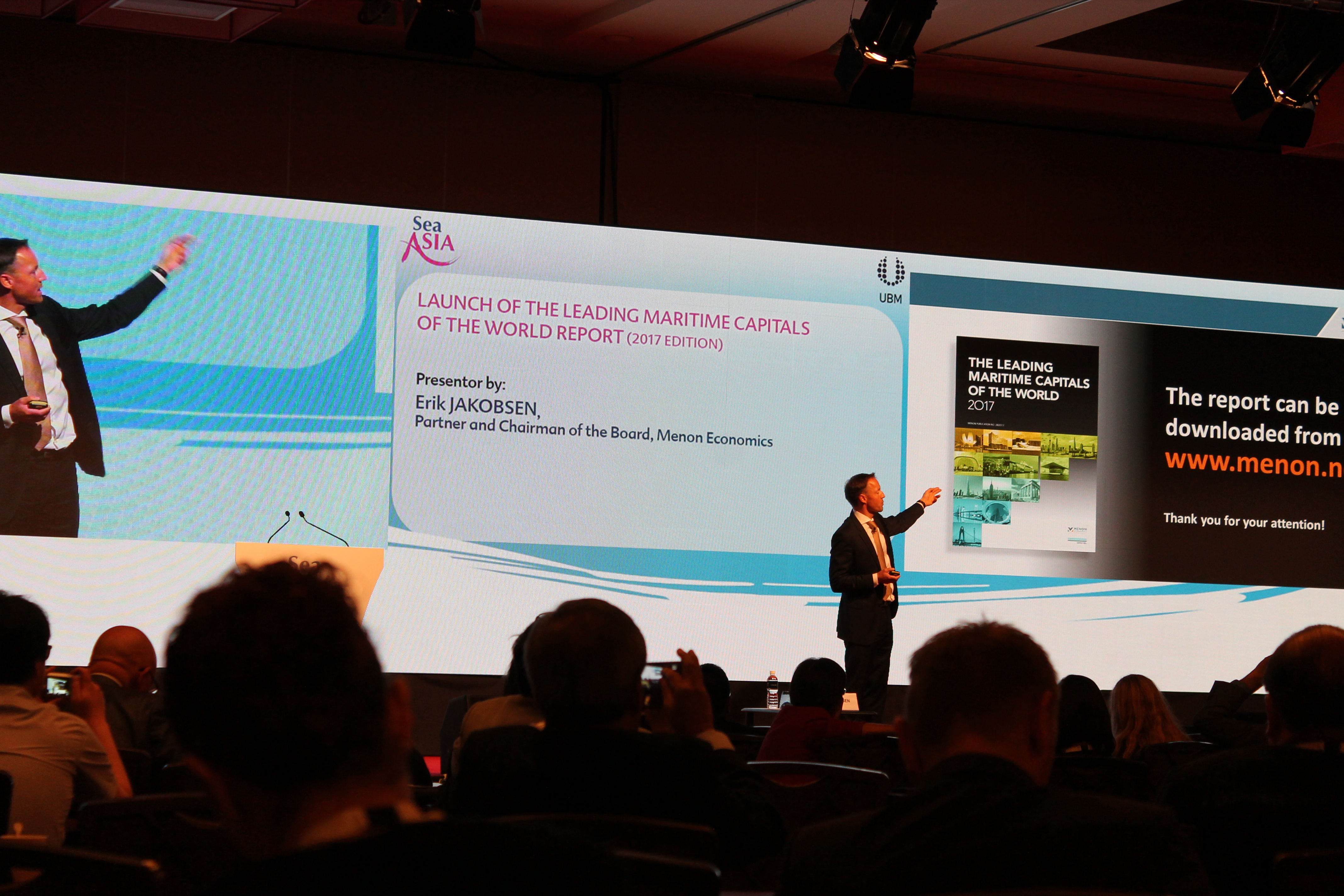 As the third edition of the Leading Maritime Capitals of the World report was launched at Sea Asia in Singapore on Wednesday 26 April 2017, Oslo was among the highest ranked.

Erik Jakobsson, Chairman at Menon Economics, the consultancy firm behind the report, took on the stage as he presented the report for Sea Asia Maritime Exhibition and Conference at Marina Bay Sands in Singapore.

Singapore was announced as the number one Maritime Capital of 2017, while Oslo came in third. Erik Jakobsson said that while all the maritime capital were suffering from a slowdown in global exchange and excess supply of ships, the Norwegian capital had suffered more from the drop in oil prices compared to Singapore.

Coming in second was Hamburg, while Shanghai and London took the fourth and fifth place.

The rankings are based on four pillars which sums up the qualities of a great maritime city. Singapore managed to get the top score on three out of five pillars; shipping, ports and logistics, and attractiveness and competitiveness. In maritime technology Oslo placed first, while London got the top score in finance and law.

The Danish capital, Copenhagen, managed to get in the ranking as number nine, placing high in especially attractiveness and competitiveness where the city was ranked as the third best city.