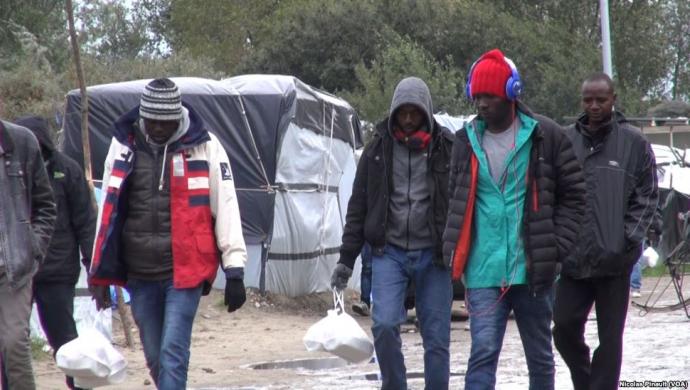 Modern slavery increases more rapidly in Europe – including in Denmark, Sweden and Finland – than in any other part of the world. This is happening do to the intensifying number of migrants coming to Europe these years, new research shows. The report also points to many Asian countries, where people being forced to work is common. However, in Thailand the numbers are showing a tendency moving in the opposite direction and slavery decreasing.

Modern slavery risks have risen in nearly three quarters of the 28 member states of the European Union over the last year, an annual study from global risk consultancy Verisk Maplecroft reveals.

On the other hand, Thailand’s action on enforcing a national program to eliminate slavery and trafficking, meanwhile, has moved it 21 places up the ranking. The country, along with the chief Asian manufacturing hubs, Bangladesh, China, India, Indonesia, Malaysia, Myanmar, and the Philippines, is still feature in the ‘extreme’ or ‘high risk’ category though; which means Thailand now is ranking at the 48th highest risk.

In Thailand, the worst abuses still frequently occur in sectors such as manufacturing, agriculture, fishing and rubber production. Hannah Broscombe, Asia Supply Chain Analyst at Verisk Maplecroft believes, “Intensive government activity will be required in Thailand if these green shoots of progress are to turn into a positive trajectory.”

According to the second edition of the Modern Slavery Index (MSI), the five EU countries posing the highest risk are Romania, Greece, Italy, Cyprus and Bulgaria – key entry points for migrants into the region who are extremely vulnerable to exploitation.

The research assesses 198 countries on the strength of their laws, the effectiveness of their enforcement and the severity of violations. It shows drops in the scores for 20 countries across the EU including Denmark, Sweden, and Finland. 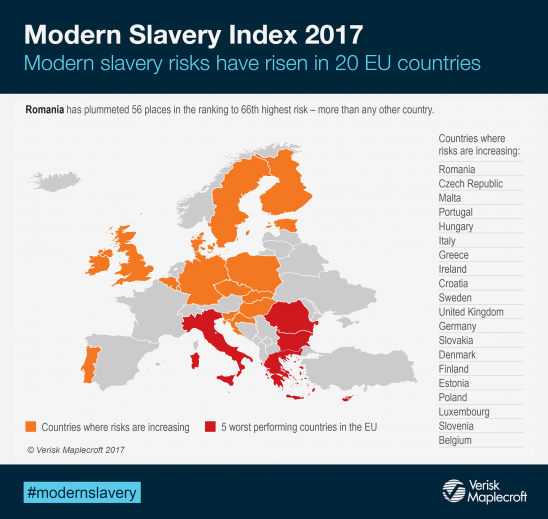