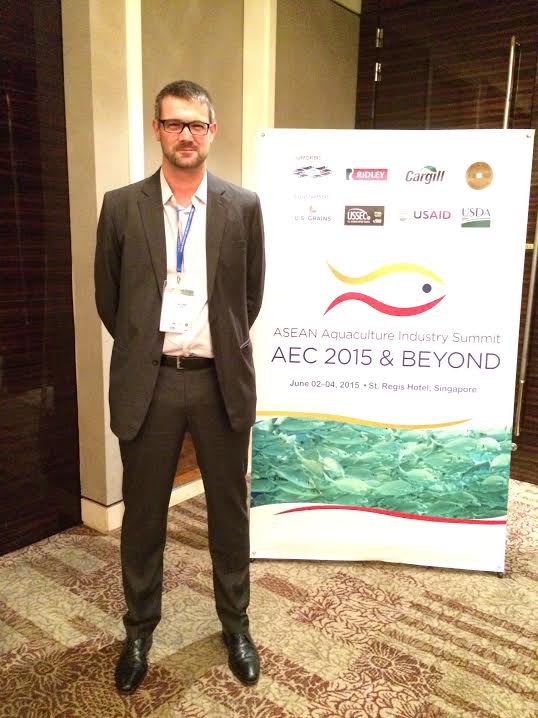 It is a big job to have responsibility to promote educational, scientific and technological development of aquaculture in Asia. Luckily, the new elected President to The World Aquaculture Society (WAS) Asia is a big guy. Not to be confused with the dog breed, the Grand Danois or “Great Dane” in this context is French-born Guillaume Drillet. The 2-meter-tall man from Danish Hydrological Institute (DHI) in Singapore will begin his President duties in April 2016.

“I have fun when I work. I have adapted the way of combining humour and seriousness in my work tasks. This is one of the many things I adapted from living in Denmark.”

Guillaume left France in 2000 as part of an MSc degree on Coastal Resource Management at the University of Caen. He finished his training period in the Danish city of studies, Roskilde, and later he took a European Funded Ph.D. between Roskilde University and Denmark’s Technical University Aqua departement in Copenhagen. He had become so fund of his new life in Scandinavia, and had no intention to go back ‘home’.

“I have worked in many countries but I love the Danish way of living, the humour and the freedom of speech. Here is it okay to be frank about everything. In Denmark I finally felt like home.”

Home is where the heart is, and not only did he fall in love with Denmark, but with the woman of his dreams, too. He met her at Risø (Aarhus University) where she was on a Marie Curie fellowship, from Slovakia. They both would love to live happily ever after in Copenhagen, but due to job insecurities, they both decided to move to Singapore in 2010 when Guillaume was offered a job for the Danish company DHI Water & Environment.

“It was not our first choice to leave Denmark, but honestly this job feels like I was still located in Denmark. The Danish atmosphere is here; we are just placed on the other side of the world. One of the characteristics I learnt about Danes is their ability to adapt quickly to something new. So, my wife and I did the same here in Singapore. Now this is home.” 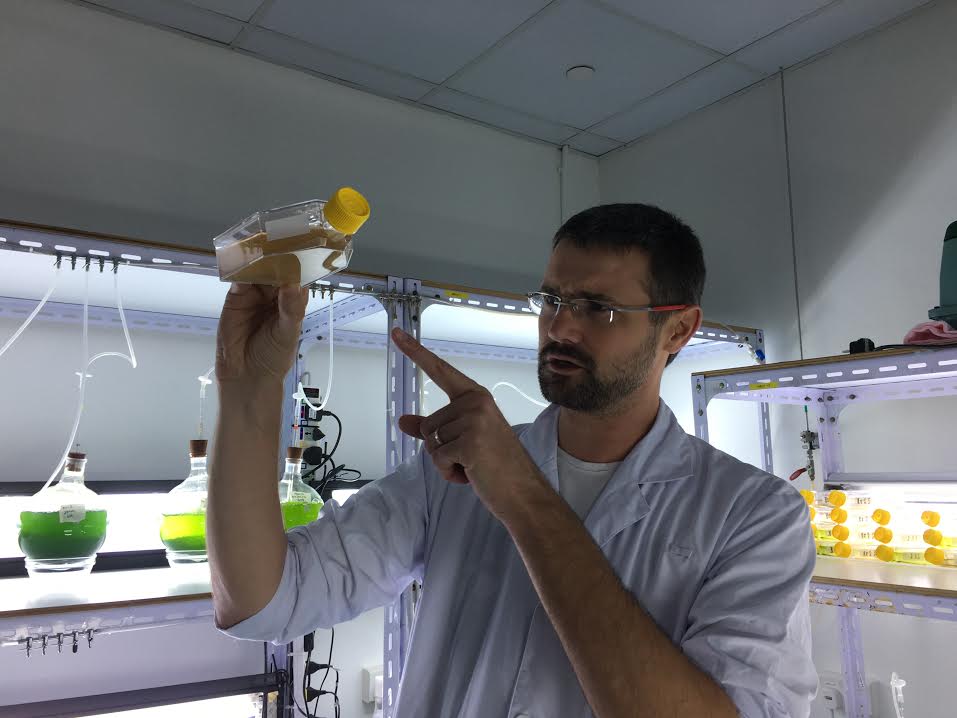 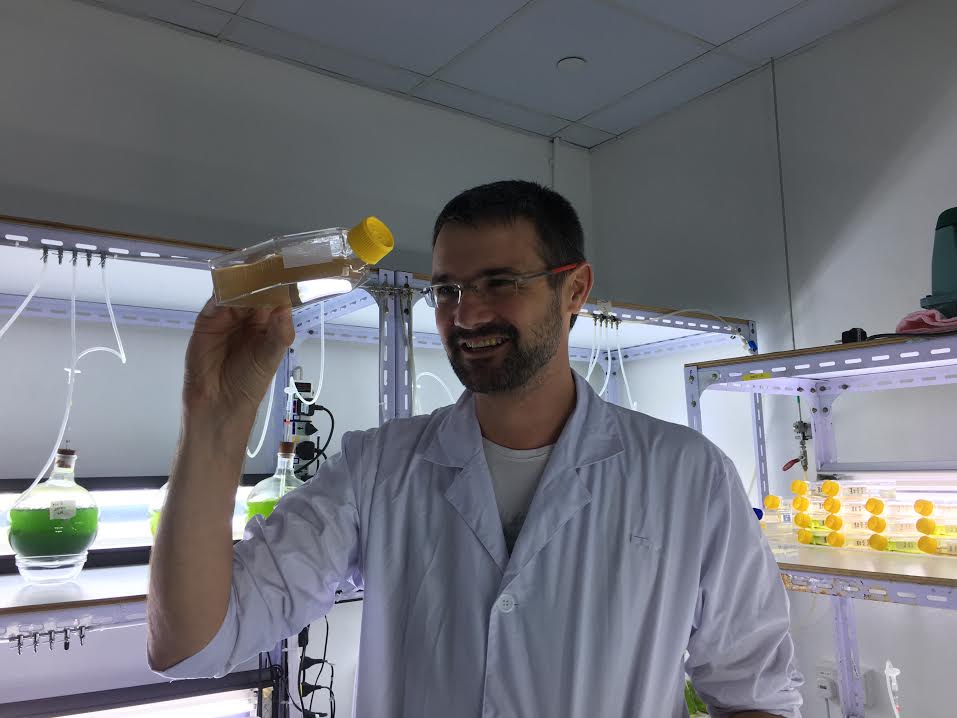 Maybe it is his French genes, but Guillaume is a very passionate man. Beside his work at DHI he is still doing research, and in 2011 he received one of the most prestigious Danish Awards for his science work on copepods; The Sapere Aude Young Elite Scientist Award by the Danish Agency for Science and Innovation which comes with a financial support of almost 2.8 million Danish kroner. This work was carried out under the DHI-NTU Research Centre, and Guillaume still collaborate closely with Roskilde University. At DHI, he is now acting as a head of section for Ecological Processes and Aquaculture; a team working with Ecological modelling, ballast water and aquaculture. The work of this team has now leaded him to the honoured title of President of WAS Asia Pacific Chapter.

“I am very grateful how our work is appreciated, and I am only glad to help sharing ideas and promote education and sustainability in the field of aquaculture in Asia.”

Being WAS President is a non-paid job, but what the people in charge can do for the aquaculture worldwide is priceless.

“The Aquaculture industry is the fastest growing food industry in the entire world and 90% of it is taking place in Asia. It means we have to do everything possible to improve sustainability and maintain a healthy environment.”

He believes Asia can learn a lot from Denmark in terms of sustainability and efficiency.

“Denmark is one of the global leaders when it comes to aquaculture. One of the reasons is that Danish producers have invested early and implemented high quality equipment. The developed Danish Technologies are probably the best on the market. Unfortunately, Asia has a tendency to choose price over quality, which not always is the best solution in the long run and when you want sustainability.”

To meet the expanding international nature of the Society and to address specific needs in various areas of the world, Presidents of WAS are elected every third year. The next big Asian conference will be held in April 2016 in Surabaya, Indonesia, where Guillaume officially will be announced elected President, a title he has been chosen for among 200 other members. Altogether there are more than 3000 members in World Aquaculture Society in more than 100 countries, but the high number doesn’t scare the tall man.

“I like to protect people. Maybe because of my height,” he laughs.

Even if Guillaume has a full time job, is a full time husband and father, and is deeply devoted to his science projects, he always finds time when people ask for his help and advice. Being elected as President for a large organization is a way of recognizing his help.

“And that makes me even more higher.” 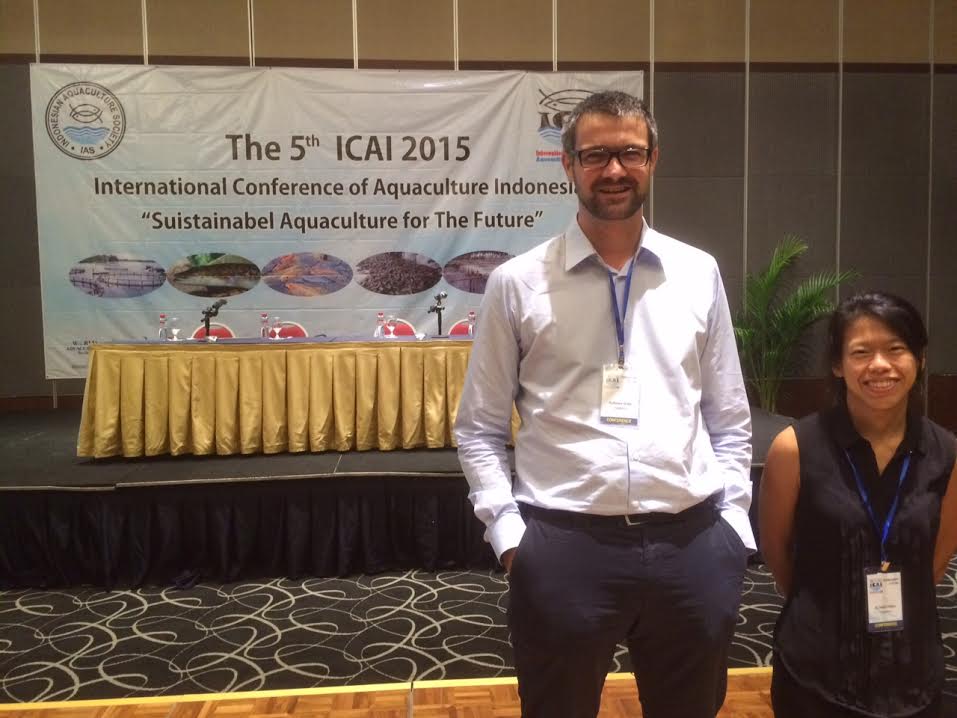