In October 2017, a Shanghai landmark and one of the world’s tallest buildings, the Shanghai World Financial Centre, is presenting Finland’s unspoilt nature and the powerful story of a Finnish woman. The City of Kuopio and the Shanghai Pudong New Area are celebrating their friendship with a two-week exhibition. 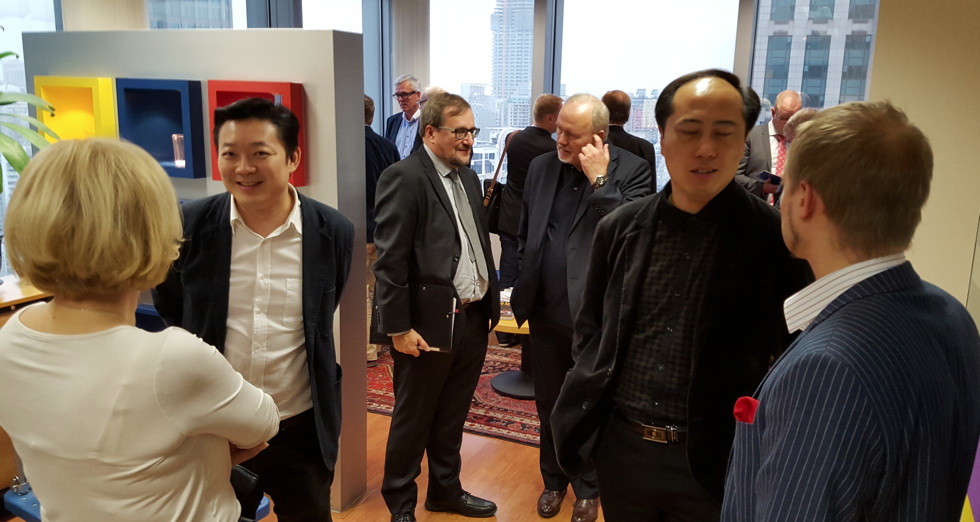 The story of a Finnish woman and the Kuopio – Capital of Lakeland exhibition in the Pudong district of Shanghai, from 12 to 27 October 2017, is part of the programme of events marking the 100th anniversary of Finnish independence and one of the fruits of the cultural agreement between the two cities. The exhibition is also celebrating the five-year history of the cities’ sister city relationship. The exhibition space, the Yun Jian Art Museum, is literally “above the clouds”, on the 29th floor of the Shanghai World Financial Centre.

The exhibition will deal with the closeness to nature that, as a leading city in health and wellness technology expertise, Kuopio draws on as a source of inspiration and wellbeing in both business and art. For Finnish companies, the exhibition will be an open networking and meeting place.

The centrepiece of the exhibition is the story of a Finnish woman as told in a series of glass artworks by the internationally well-known Kuopio designer and glass artist, Ritva-Liisa Pohjalainen. Pohjalainen’s art combines a clear Scandinavian idiom with a richness of colour and materials. 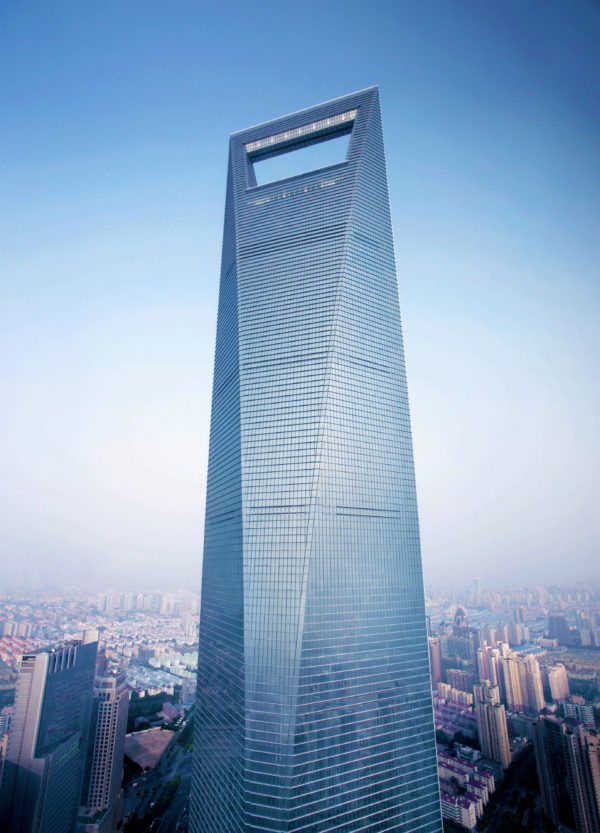 In addition to the glass artworks, Finland’s nature and four seasons will be made perceptible to the senses of the exhibition visitors through media works with video images and nature sounds from Finland. One of the exhibition themes is Kuopio’s role as the capital of Lakeland and as an attractive tourist destination. The nature images in the videos are juxtaposed with Kuopio’s strong health and wellness expertise, high level of education and Finland’s anniversary year theme, “Together”.

Networking across cultural boundaries
In 2016, China granted the prestigious Exchange and Cooperation Award for Friendship Cities to China to the Shanghai Pudong New Area’s first sister city, Kuopio. This is the only such award given to a Finnish sister city.

The sister city agreement between Kuopio and Pudong New Area was signed in 2012, but cooperation began as early as 2000 with an assessment of the opportunities for collaboration between the technology centres. Subsequently, cooperation between the cities has deepened, especially with regard to educational and cultural exchanges.

Moreover, in collaboration with the Kuopio Region Chamber of Commerce, the City of Kuopio has built up important networks in Shanghai for companies interested in Chinese markets. 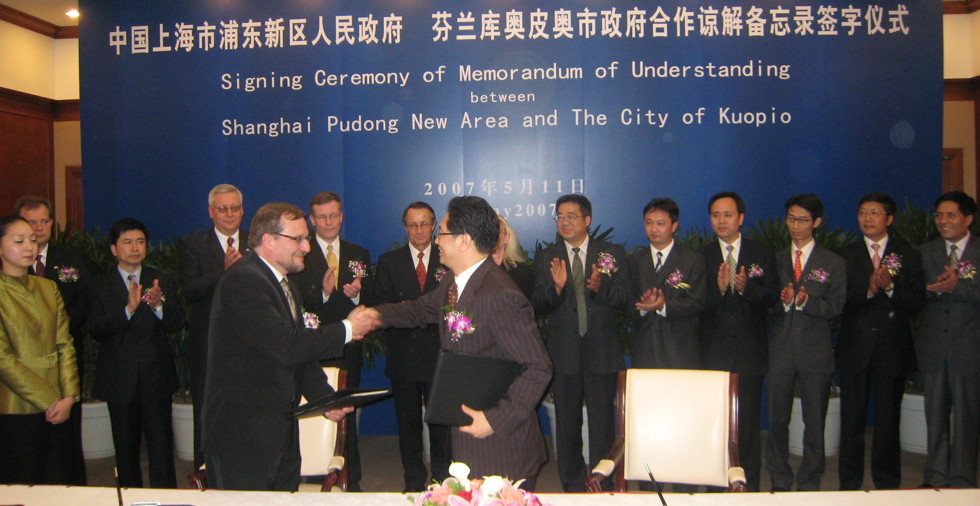 Updating of the Memorandum of Understanding between the City of Kuopio and the Shanghai Pudong New Area (year 2007). Petteri Paronen and Zhang Xuebing

On the part of the City of Kuopio, there has been a vigorous increase in activities in the teaching field, while the cultural side has also remained very active.

One of the aims of the anniversary exhibition is that it will act as a networking and meeting place for Finnish companies.

The Kuopio region’s cooperation network for its Shanghai activities is composed of the City of Kuopio, the University of Eastern Finland (UEF), the Kuopio Region Chamber of Commerce, the Savonia University of Applied Sciences and the Savo Region Federation of Municipalities for Vocational Education and Training (SAKKY). The region’s companies have access to reliable partners and contacts in Shanghai. For example, within the framework of the City of Kuopio’s agreement, Kai Zhan helps companies on the spot.

Companies can contact Ulla Vuori if they would like to arrange meetings in the exhibition space. ulla.helina.vuori(at)kuopio.fi