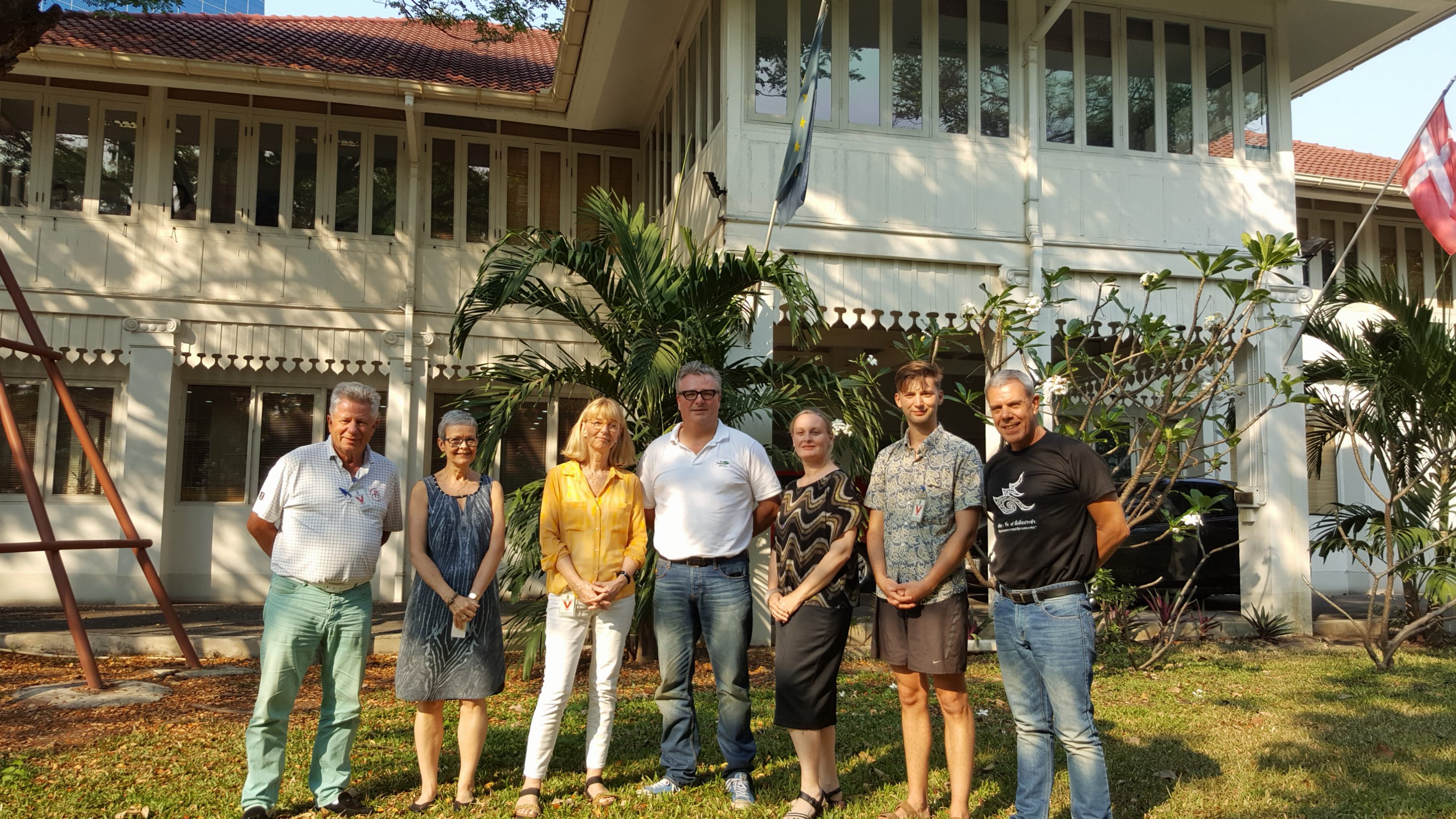 Based on that request, a vacant position would be announced. If a suitable candidate could be found among the applicants, this person could start after the summer vacation or at the latest around October. It was in the light of this scenario, that Pia Sundbøll declared that the Danes would be able to celebrate a Danish Christmas in Bangkok this year.

Pia Sundbøll was in Bangkok to meet the Danes who had responded to a call to join an information meeting held at the Danish Embassy on Tuesday afternoon. The meeting had been called well in advance but apart from the current action group of Consul Mrs. Birgit Sarah Kondrup Palmqvist, Mr. Bjarne Tvilde, Mrs. Mai Ellevaard and Mr. Gregers Moller only two more Danes had joined them. They were Mr. Peter Herling and Mr. Ulf Svane.

Still, the Secretary General suggested that since the money for the two first years of wages had been allocated by the Board of the Danish Church Abroad and furthermore given that he Foundation of East Asiatic Company in Denmark had donated 100,000 Danish Kroner towards the initial expenses, it was now or never if there should ever be a Danish Church in Bangkok.

“The dream has never been so close to become a reality,” Mr. Bjarne Tvilde, the probably most enthusiastic member on the current committe, summed up the situation.

Danes interested in working on the Board are encouraged to contact Mr. Bjarne Tvilde on email btvilde@gmail.com. The meeting agreed to ask the Danish Ambassador to Thailand, H.E. Mr. Uffe Wolffhechel to Chair the Church Committe. Apart from him, other leaders of the various organizations for Danes in Bangkok would be approached to encourage them to join.

The group photo above sbows the participants at the information meeting.