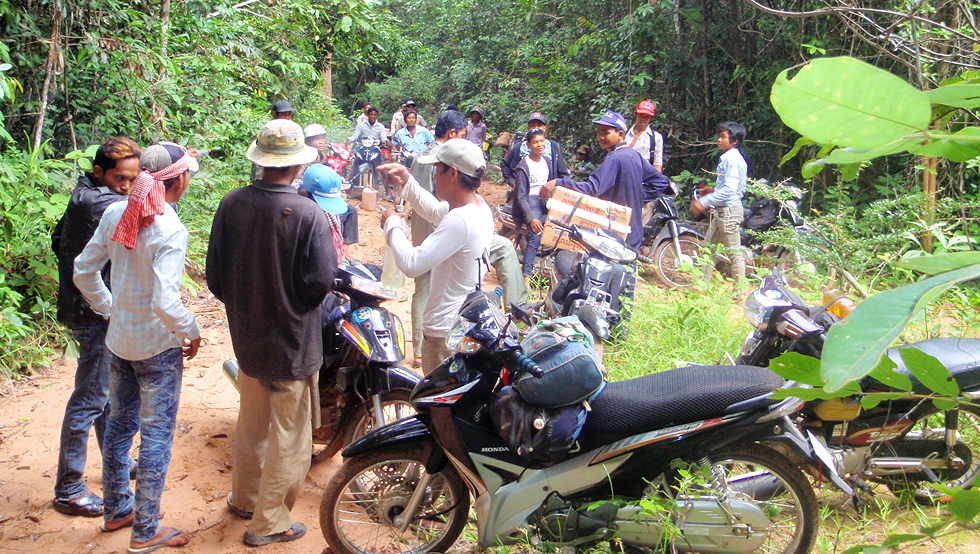 Activists from Prey Lang Community Network on patrol in the forest.Photo: PLCN.

Motorcycles are roaring, leaves rattle and every now and then a twig snaps under a shoe as a group of people, trying to protect the place they call home, gather deep inside of Cambodia’s biggest forest, Prey Lang.

As one of Southeast Asia’s last remaining lowland evergreen woodlands, Prey Lang, which translates to ‘our forest’ in Kuy language, stretches over four Cambodian provinces with an area of 3,600 square kilometres. But it is also an area that is quickly being reduced, posing a threat to the environment and the 200,000 people, who live in and around the forest. These people have depended upon the forest for generations, not only is it an intricate part of their culture and spiritual life, the forest is essential for their livelihood. Every day they use it for collecting resin, building materials, medicine and food, but every day, illegal loggers are also trying to take the forest away from them.

Prey Lang Community Network, PLCN, is a grassroots movement started by the very people who live in the forest and have experienced first hand, which consequences eradication of the forest brings along. Approximately 120 members with representatives from all of the four Prey Long provinces, Kratie, Stung Treng, Kampong Thom and Preah Vihear, are volunteering to save the forest and fight the illegal logging by patrolling and monitoring the forest.

“We patrol to ensure that our forest is still our forest,” explains Mr. Chea Sokheoun, member of PLCN’s steering committee from Stung Treng province. 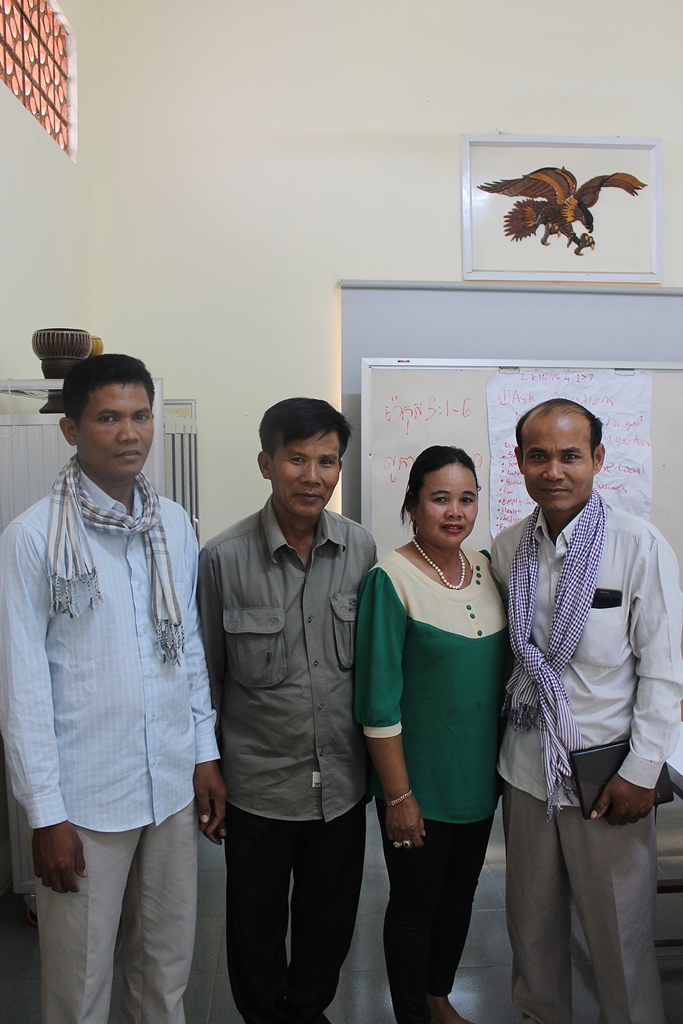 Danmission, an independent Christian based organisation from Denmark, is working with PLCN in Cambodia to fight the illegal logging and have worked with several actors, including University of Copenhagen, to develop new methods to improve PLCN’s work to save Prey Lang.

With some people scribbling observations down on a note pad, others taking notes on their phone, and some having picture evidence on their cameras, it was difficult to gather all the data from PLCN’s patrols in one place as some of the observations would easily get lost, and the rest maybe not having quite the same structure. So in hope of finding a better way to gather and systematize their data from their monitoring and patrols PLCN contacted Danmission.

Danmission got in contact with University of Copenhagen, and soon after, several partners were working together on developing a mobile application that could help PLCN with their challenges to collect valid evidence of the illegal logging they discovered on their patrols. 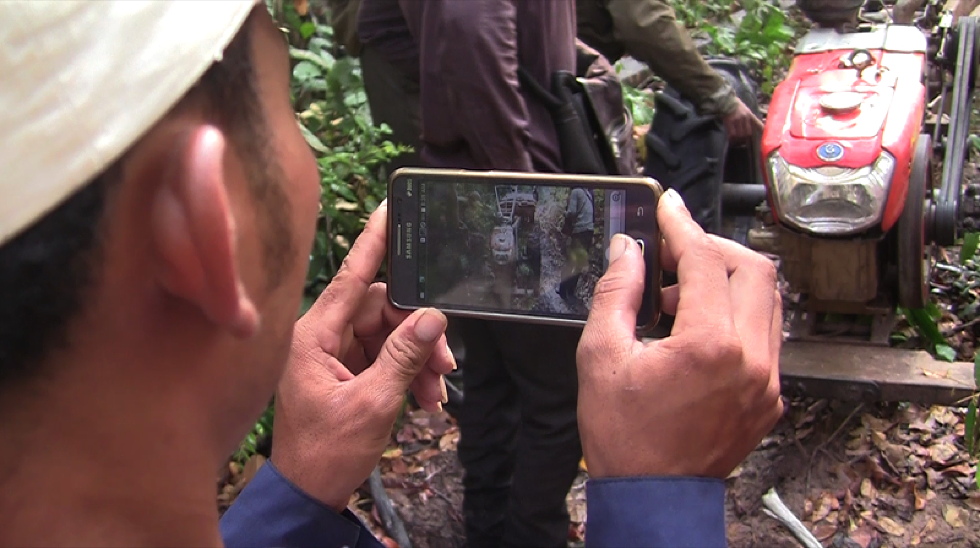 Søren Brofeldt, PhD Student at University of Copenhagen’s Section for Global Development, is part of the team who worked with Danmission and PLCN to create the app. He explains that the team spent a lot of time meeting and interviewing the PLCN activist, who were doing the monitoring, to figure out their exact needs.

“The main idea of the app became that it should be intuitive, and that people should be able to use it without being able to read or write, but as most in the community can read and write, we decided to also add text,” says Søren Brofeldt.

When the PLCN workers are in the forest and come across illegal logging they can easily report it through the app. When they open it on their phones, the app starts at a home screen and as soon as it is opened it creates a data point that collects observations like location, coordinates, time, date and identification of the observer. Then it is possible for the worker to upload a picture or record a memo if the observation cannot be explained in pictures. The observation can then go into three different main categories; illegal activity, resources and interactions, which one can easily pick by answering simple questions about their observations. When the phone afterwards is connected to internet it will upload the data to a database.

This allows Prey Lang Community Network to easily gather their observations in a report, which they can submit to local authorities, governmental institutions and NGO’s to get help to protect their forest.

Even though PLCN with the help of the app has strong evidence of illegal logging going on in Prey Lang, they still struggle to get action from the government.

A short sighted economic interest has overshadowed the long term wellbeing of a nation and have allowed people to damage the Prey Lang forest. According to Global Witness, an international NGO working towards exposing conflict, corruption & environmental abuse, predacious wood sorts, such as Siamese Rosewood which is protected under both local and international law, are thoughtlessly logged and shipped of to China, where it is manufactured into furniture that can be sold for millions of dollars. However, the price it costs the environment and ecosystem is much higher. 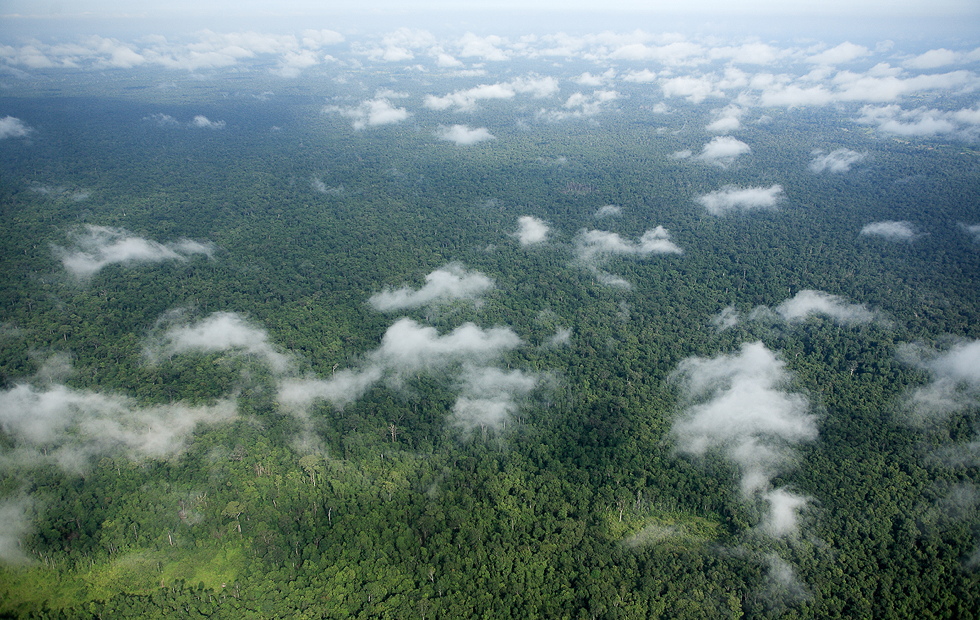 “Buyers of lavish four-poster beds and vanity tables in China may be unwittingly lining the pockets of what can only be described as timber gangsters,” said Megan MacInnes from Global Witness, who has been working on uncovering Cambodia’s illegal logging trade for years.

In their 2015 report ‘The Cost of Luxury’, Global Witness point out Cambodian Tycoon Try Pheap as one of the big players in the network of illegal logging in Cambodia. Following an eight-month undercover investigation, Global Witness has been able to document how Pheap is working with officials from government, the military, police and customs to clear rare trees like Siamese Rosewood, traffic logs across the country and load them onto boats bound for Hong Kong.

“Try Pheap and his network are destroying Cambodia’s last forests and robbing indigenous communities of their livelihoods. Meanwhile the very officials in Cambodia who should be stopping them are conspiring to ensure that contraband wood enjoys safe passage, and is exported as seemingly legitimate lumber,” continues MacInnes in the Global Witness press release following the report.

In a previous report from 2007, Global Witness also connected Prime Minister of Cambodia, Hun Sen, to the illegal logging business, saying Cambodia’s most powerful logging syndicate is led by relatives of the Prime Minister and other senior officials. The report followed three years of investigation and also uncovered Cambodia’s army, military, police and Forest Administration as being heavily involved in the illegal logging. 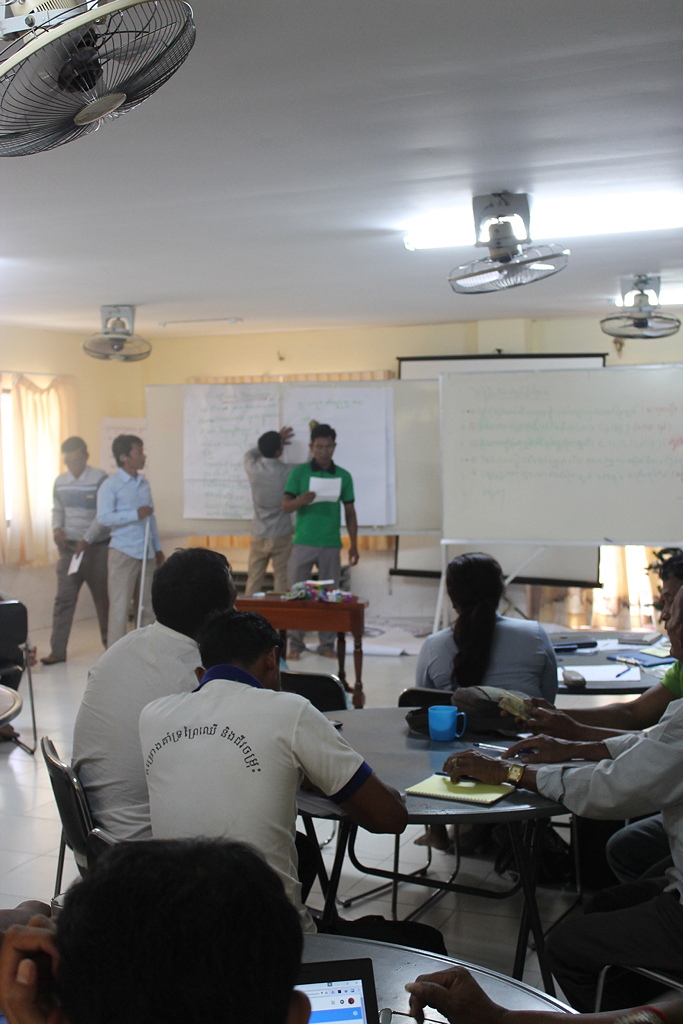 PLCN meets at the Danmission office in Phnom Penh to discuss future plans.

Ernst Jügensen, Country Representative of Danmission in Cambodia, hopes that the mobile app and the evidence it allows PLCN to gather will help put pressure on the Cambodian Government to put a stop to the illegal logging.

“The authorities claim that they have the situation under control, and that improvements are happening. But PLCN’s observations show a different truth,” he says.

When the people of Prey Lang Community Network have submitted their reports containing all of their observations of illegal activities going on in the forest, they are often turned away.

The pressure form Prey Lang Community Network does not seem to be enough to change the governments agenda. With the help of social media and their website, where they upload videos, newsletters and recent reports, PLCN hopes to reach more global partners, who can support their work.

After being recognized by both UNDP’s Equator Prince in 2015 for their outstanding local achievement and Yale University’s International Society of Tropical Foresters Innovation prize in 2017, the network is hoping for more help from global partners.

“Since we were recognised globally, a lot of embassies in the country are interested in our forest project and it also adds a pressure to our government to consider protecting the forest,” says Mr. Chea Sokheoun.

People like Try Pheap, the tycoon behind a lot of the illegal logging, is what the people from PLCN call the power men. They are not able to uncover every one of them, and the black market behind the illegal logging in Prey Lang is large and complicated. The steering committee is not sure, how they can stop them.

“That is not easy. We cannot stop the power men. Maybe the government can stop the import of chainsaws into the country,” says Mr. Heoun Sopheap from the Hampong Thom district.

In February 2017 the Ministry of Environment in Cambodia did acknowledge the problem and put forth a suggestion asking for a ban on the import of chainsaws, but as long as the government is still benefitting from people like Try Pheap’s work and the illegal logging, it is questionable if the ban will ever be implemented. 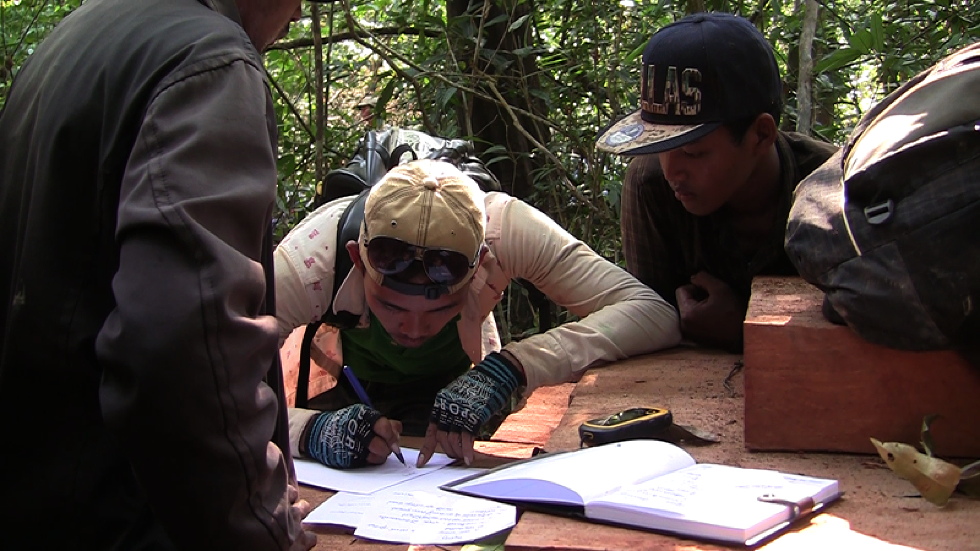 On their patrol, the PLCN activists often confiscate chainsaws when meeting loggers in the forest. But after handing over the chainsaws to the local authorities, it rarely takes long before the chainsaws are back in the hands of the loggers and once again cutting down threatened trees, which are then transported across the borders to safe land.

“I think the government need to have a clear strategy to stop any kind of export or transporting of log or timber at the road by the forest. What I see is that a lot of timber is exported to other countries from these roads,” says Mr. Heoun Sopheap.

A way to provide for family

“Our community people are poor and we do not have enough food to eat, that is why it is a challenge when we do forest protection, because we do not get any money,” says Mr. Phai Bunleang.

Most of the Prey Lang people are farmers and live on no more than two dollars a day, and often less, so they work hard in order to provide for their families, but the forest is essential for them to create a livelihood. Being an activist does not bring them any money to survive for, even though many do activist work almost as a full time job. This makes many people fragile for temptation.

“Even activist are bought out of activism,” says Ernst Jürgensen from Danmission. 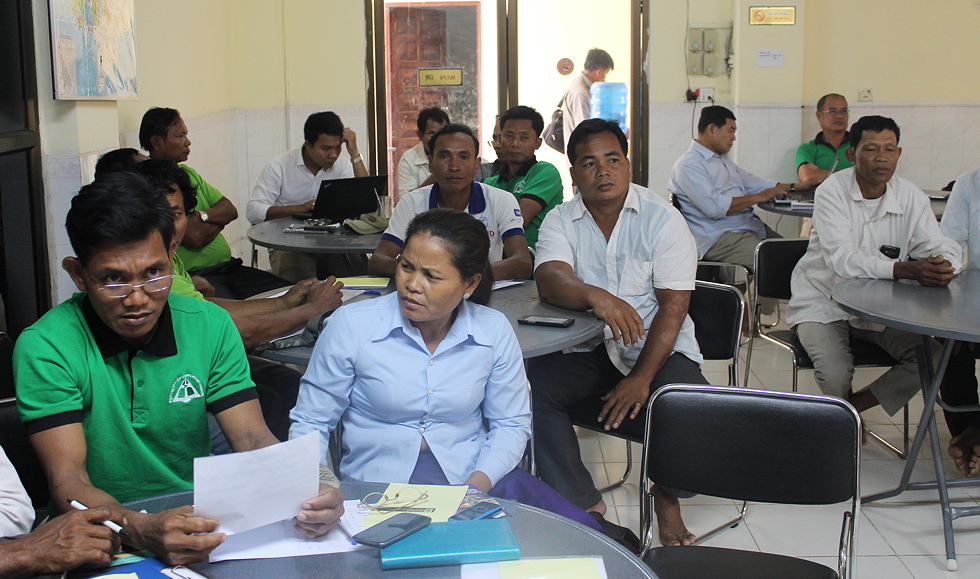 The steering committee of PLCN understands the struggle, and do not see the loggers as bad people. They are people like themselves, who are just trying to get by and provide for their families. When the power men come and offer them money to do their dirty work, it is hard for these people to say no.

“Our community people, our villagers they don’t have a choice, so the option is logging to get the income for their family,” says Mr. Chea Sokheoun.

Because we love our forest

The Prey Lang Community Network keeps fighting to save their forest. They will keep up their work with patrolling and sending in report, whether the Government want it or not. They are replanting the cleared area, hoping that the future generations will also get to enjoy the forest, but hope that some day, the Government will live up to their promises and protect their forest, Prey Lang.

“We still have limited resources and sometime we just have only gasoline, but we try to do a patrol, even just a small group together, because we love our forest,” says Mrs. Phork Hong.