Mr Martin Vercouter (b. 1988), who grew up in Belgian Namur but now lives in Stockholm, Sweden, has been awarded the 2016 Anders Wall Scholarship for a one-year internship at the Swedish Chamber of Commerce in Shanghai. The scholarship of SEK 150,000 was awarded at a ceremony in Stockholm on 10 March. 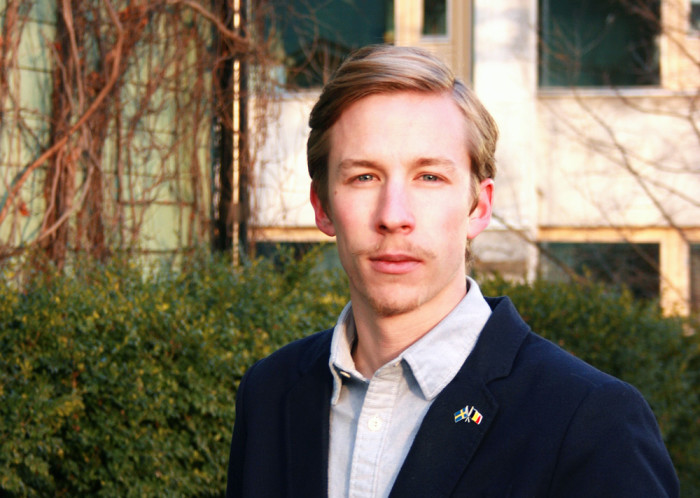 Martin Vercouter has two master’s degrees – one in Molecular Biophysics from the University of Stockholm and one in Entrepreneurship and Innovation Management from KTH. He has also held several non-profit missions, including as President of Communications for the Association of Science at Stockholm University.

In physics studies Martin happened to hear a talk about social entrepreneurship and it piqued his interest in the business world.

“It is for me about solving societal challenges with the help of market economy and business tools, explains Martin. “Politics is also important, but there is a special ingenuity in the individual incentives to promote development. The border between classical entrepreneurship and what one calls social entrepreneurship is far from clear, but the key is to see financial returns as a way of achieving social return and not vice versa.”

Martin is the CEO and co-founder of the company START Farsta HB. The company promotes entrepreneurship among young people in the suburbs through an innovative business model, where the activity is financed with both private and public funds. Mentoring, office space and advice is being offered, while at the same time one can sell consulting services, as that the young entrepreneurs act as focus group for established companies.

“There this is still a relatively unknown but growing phenomenon grows alongside the classic enterprise. China has a great need for solutions to problems with for instance air- and water pollution. It is also heading from a purely industrial society towards a service-based one. China is the world’s second largest economy after the United States. If you want to affect anything in this world, you have to understand what is happening in China.”

The Anders Wall Foundation was founded in 1981 and annually awards scholarships to young talents in the fields of scientific research, young entrepreneurship, rural development, international studies, and music. Since its inception, the Foundation has awarded SEK 60 million to 400 grantees. At least as important as the grant sum is the membership network Wallumni, consisting of former Wall Fellows. The members meet regularly and conduct international joint study trips.