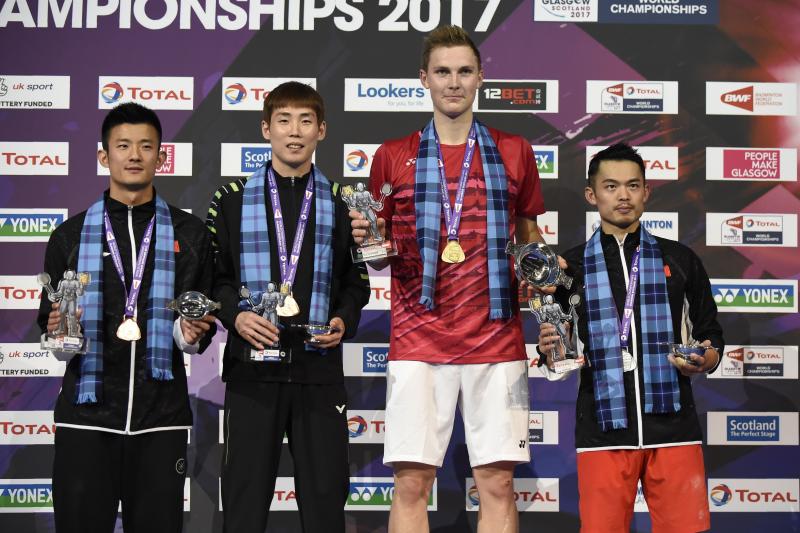 It came as a big surprise to the Danish badminton player Viktor Axelsen when he won the Total BWF World Championships in men’s singles badminton on Sunday 27 August 2017 in Glasgow. He defeated China’s Lin Dan, a five-time World Champion, as well as six-time All England Champion.

This is Viktor Axelsen’s first and only gold medal of the competition, and he is the first Dane in 20 years to win the title. Only two other Danes have won the men’s singles World Championships before him.

Axelsen was at a loss for words and trying to come to terms with the reality of achieving a childhood dream.

“I haven’t even dared to think of winning a gold medal at the World Championships; it hasn’t sunk in yet,” he said. “I have the feeling that all the hard work has been worth it.”

Having defeated two past champions – Chen Long on Saturday and Lin Dan on Sunday – on the way to the title, Axelsen paid his tribute to them: “If you want to be the World Champion, you have to do it the hard way. It’s an honor for me to beat them – they inspire me. Beating Lin Dan in the final is my biggest dream come true. As a child, I used to watch him play in Denmark.”

Lin regretted a few mistakes in the end of the first set, which costed him fatally. “I told my coach that if I had gotten the first game, the result would have been different. After I lost it, all the pressure was on me.”

The 33-year old Chinese badminton player is however, in great physical condition. “I will be 34 this year. I cannot see any other player who has made the World Championships final at my age. I’m happy with my campaign.”

China has won a total of 14 gold medals in men’s singles World Championship since the tournament’s beginning in 1977, and is thus the most winning country of all time.