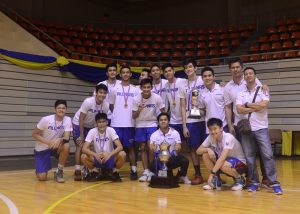 Between the 13th and 15th May, Traill International School co-hosted with the Bangkok Metropolitan Administration and the PE department of Thailand, the first ever NCAA Pacific Rim Basketball tournament to start their celebrations of their Golden Jubilee year. This was the largest school basketball tournament ever held in Thailand and it attracted 22 teams from the top schools and clubs in Thailand as well as teams from the Philippines, Taiwan, Japan and Iran. The tournament was held in the magnificent 3000+ -seat Thai-Japanese Stadium in Bangkok. 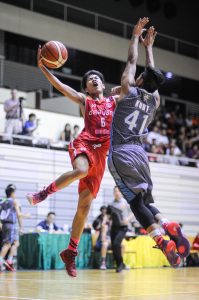 he tournament was officially opened on 13th May at the Thai Japanese Stadium and was attended by many local and international dignatories, including Her Excellency Mary Jo Bernado-Aragon, Ambassador for the Philippinnes, Dr Panya Hanlumyuang, Deputy Director General, Department of Physical Education, Ms Pranee Sattayapakop, Director of Culture, Sport and Tourism for the Bangkok Metropolitan Administration and Mr Pipat Laprathana, Advisory Chairman of the Competition Committee of NCAA Thailand.

Spectators were fortunate to see players of the highest calibre, including the Batang Gilas Pilippinas U18 National Team. This team has won the South East Asia Games for the past 30 years and it was the first time that they had played in Thailand, in preparation for the FIBA World Championships.

In addition to the display of basketball talent, there was also a free, on-court workshop for Thai basketball referees, run by the FIBA referees on the day before the tournament, as well as numerous games and skills challenges throughout the tournament to keep the spectators entertained.

All the games were hotly contested with great energy, commitment and sportsmanship and, after three grueling days of play, the University of Santo Tomas came out top of the U14 tournament, Traill International School won the U16 tournament and Batang Gilas Philipinas National Team won the U19 tournament, and they also won the coveted Anthony Traill Cup, named after the founder of Traill International School, who himself was a very successful Olympic Games athletics coach for both Great Britain and Thailand. 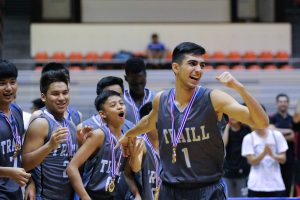 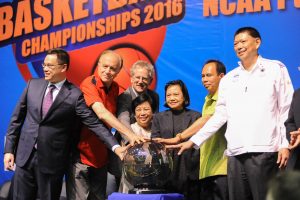 The legendary Midsummer Junk returns again in Hong Kong, on Saturday 24 June, organised by Swedish Chamber of Commerce in Hong Kong. The day will include a midsummer lunch buffet, drinks and snaps. Food and drinks (not free flow) are included so the only things you need to bring are your swimsuit, sunscreen and your…