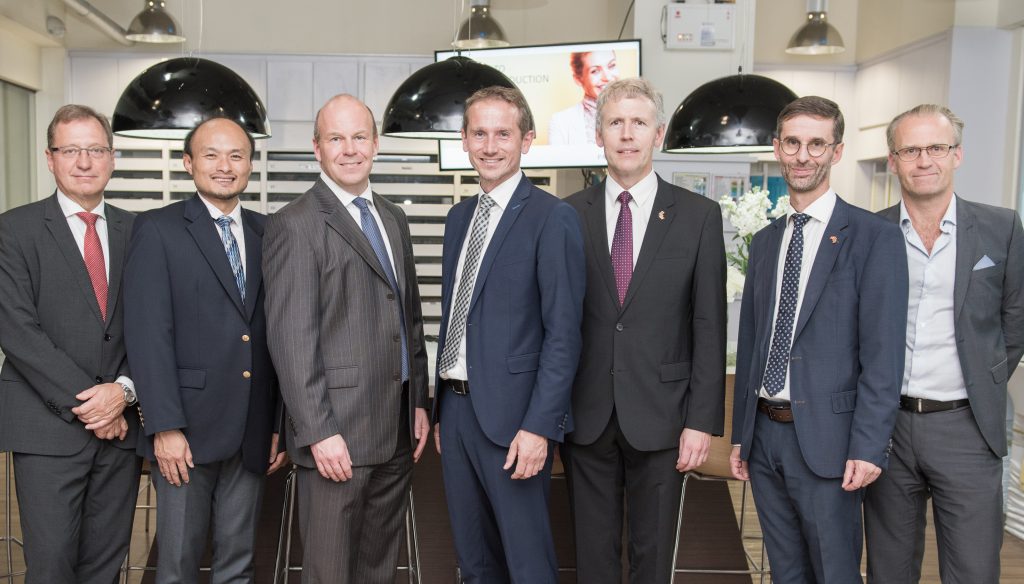 Kristian Jensen along with the delegation, Peter Sand, Danish Ambassador to Thailand, Uffe Wolffhechel, and management of Pandora Production.

On Thursday October 13, Kristian Jensen, the Danish Minister of Foreign Affairs, started his two days’ visit in the Thai capital. The minister had a tight schedule as he was visiting both Danish companies and stores and attending various meetings around the great city.

His trip started at the Danish jewellery company Pandora’s production location in Bangkok. Here, the minister heard about the company’s history and values, and was shown around to see how the jewellery is made. 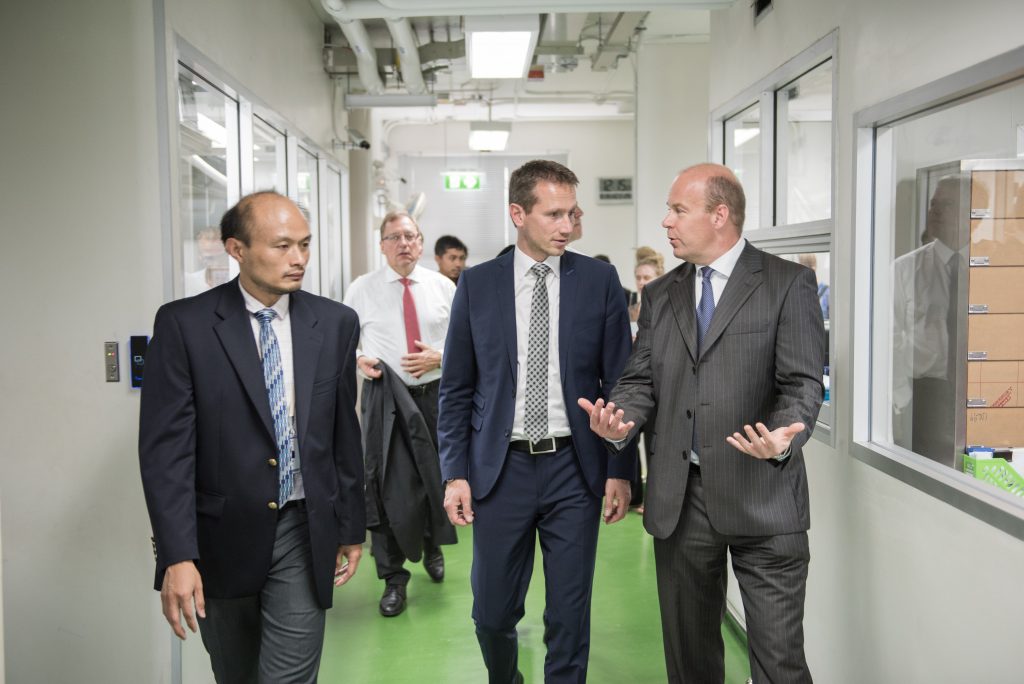 The minister was shown around at Pandora’s production.

The purpose of a trip like this is primarily to support Danish companies and Danish export to Thailand. According to Kristian Jensen, Danish companies have invested quite a lot in Thailand through many years, which is why it is a huge market for many of them and a great location for production.

“The important thing is that Denmark is a part of value chains where Danish design with production in Thailand can create products that are sold worldwide,” the minister explains. He believes that Pandora is a great example of exactly this – designs are made in Copenhagen, the production takes place in Thailand, and the jewellery is sold worldwide.

“The more we can support that, the more we can prepare Danish companies to compete internationally,” Kristian Jensen says. He believes that a tour like the one at Pandora’s production site gives him a very strong idea of what the Foreign Ministry can do to support this – ensuring free trade agreements, investment agreements and investment protection agreements that all make Danish companies dare to invest a lot of money in Thailand for production.

“Pandora had never been the same if they were to produce in Denmark, and this is why we need to create a global division of labour in order to achieve these successes that give added value in Denmark,” the minister says.

Kristian Jensen’s last stop before going to his hotel, was a round table discussion with Danish companies at Zense Restaurant concerning the challenges they can meet as they expand to Thailand. The minister explains that, travelling the world, he uses a lot of time trying to get a picture of how he can assist Danish companies around the world.

“This meeting has given me an idea of the challenges Danish companies face here, and what the Ministry of Foreign Affairs can do to help them – both those who would like to export more to Thailand, but also those who want to invest in Thailand to use the country as a location for production,” Kristian Jensen says.

Today, on Friday 14 October 2016, the Danish Minister of Foreign Affairs is attending the ASEAN-EU meeting in the Thai capital.

The Swedish Royal Court has announced that Their Majesties The King Carl XVI Gustaf and Queen Silvia will pay a State Visit to Indonesia on 22–24 May 2017 at the invitation of President Joko Widodo. The Swedish Government will be represented. The State Visit is an opportunity to strengthen the political, economic and cultural relations…