Friday 9 June 2017 was an auspicious day for Thai-Swedish business relations, consisting in celebrations of ‘20 years in Business’ combined with dealership expansion and the launch of an additional showroom. 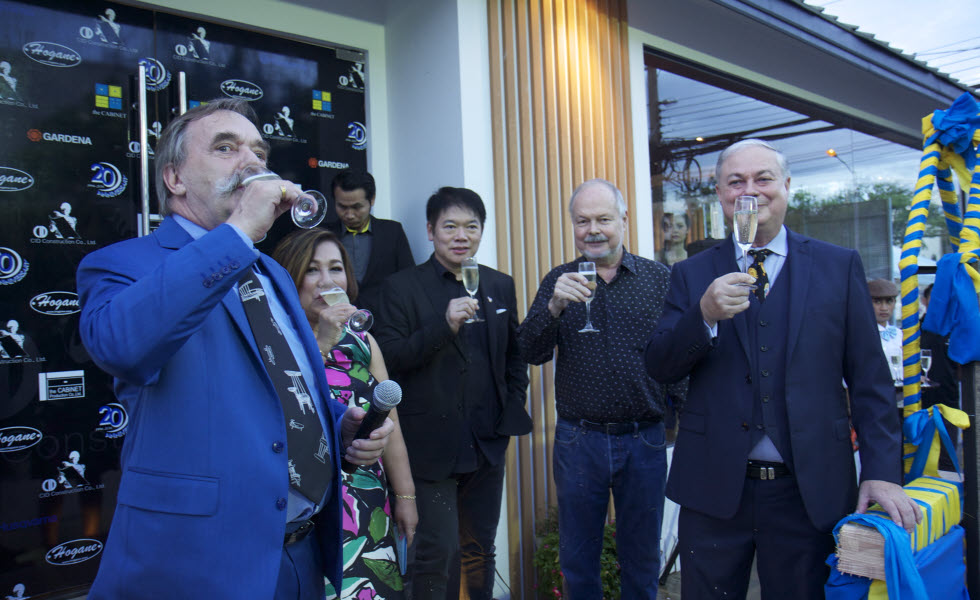 The business concerned was the well-known The Cabinet Interior Design (established in 1996), hosting the event along with the Thai-Swedish Chamber of Commerce (TSCC) Husqvarna, Hogane Outdoor Furniture, Electrolux, Volvo Cars and also CID Construction (the construction wing of The Cabinet) which saw its own showroom being inaugurated in front the auspicious guests from far and near. Many TSCC members had come to Hua Hin from Bangkok, and also other clients of The Cabinet from the Eastern Seaboard to participate in the celebrations, held at The Cabinet Showroom in downtown Hua Hin. 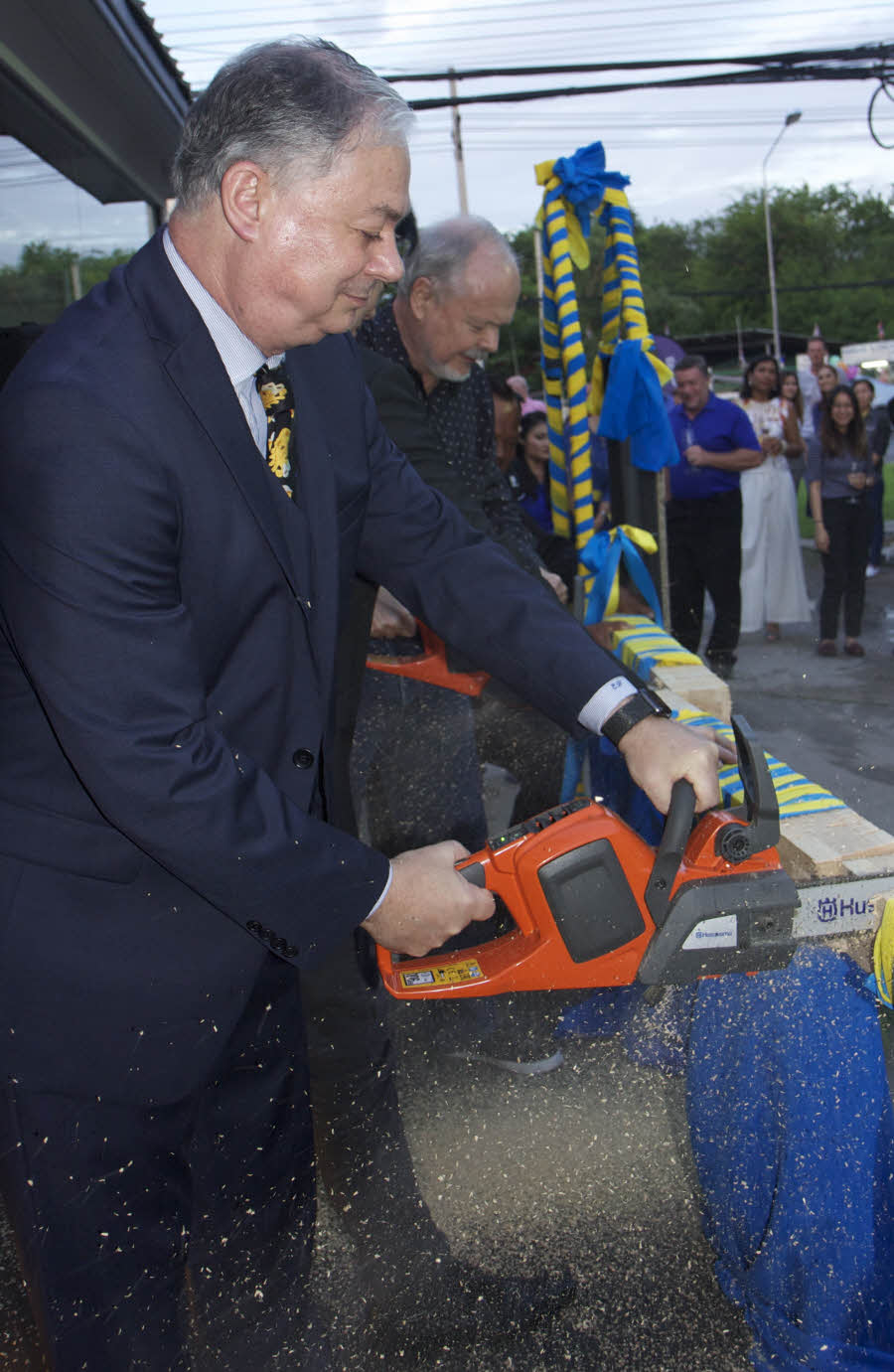 The evening event started with a parade arriving, including classic Thai music, as all guests gathered next to The Cabinet’s big showroom for the Grand Opening of CID Construction.

Founder and co-owner Janeric Hogane welcomed everyone and introduced Khun Victor Sukseree, Sweden’s Honorary Consul in Hua Hin as well as the General Manager for Dusit Thani Hua Hin Hotel, who joined to cut the ribbon for CID.

Janerice explained that CID Construction has been born in March 2015 and due to growing up and expanding this business now needed its own space.

“This is the day for CID Construction!” he declared. 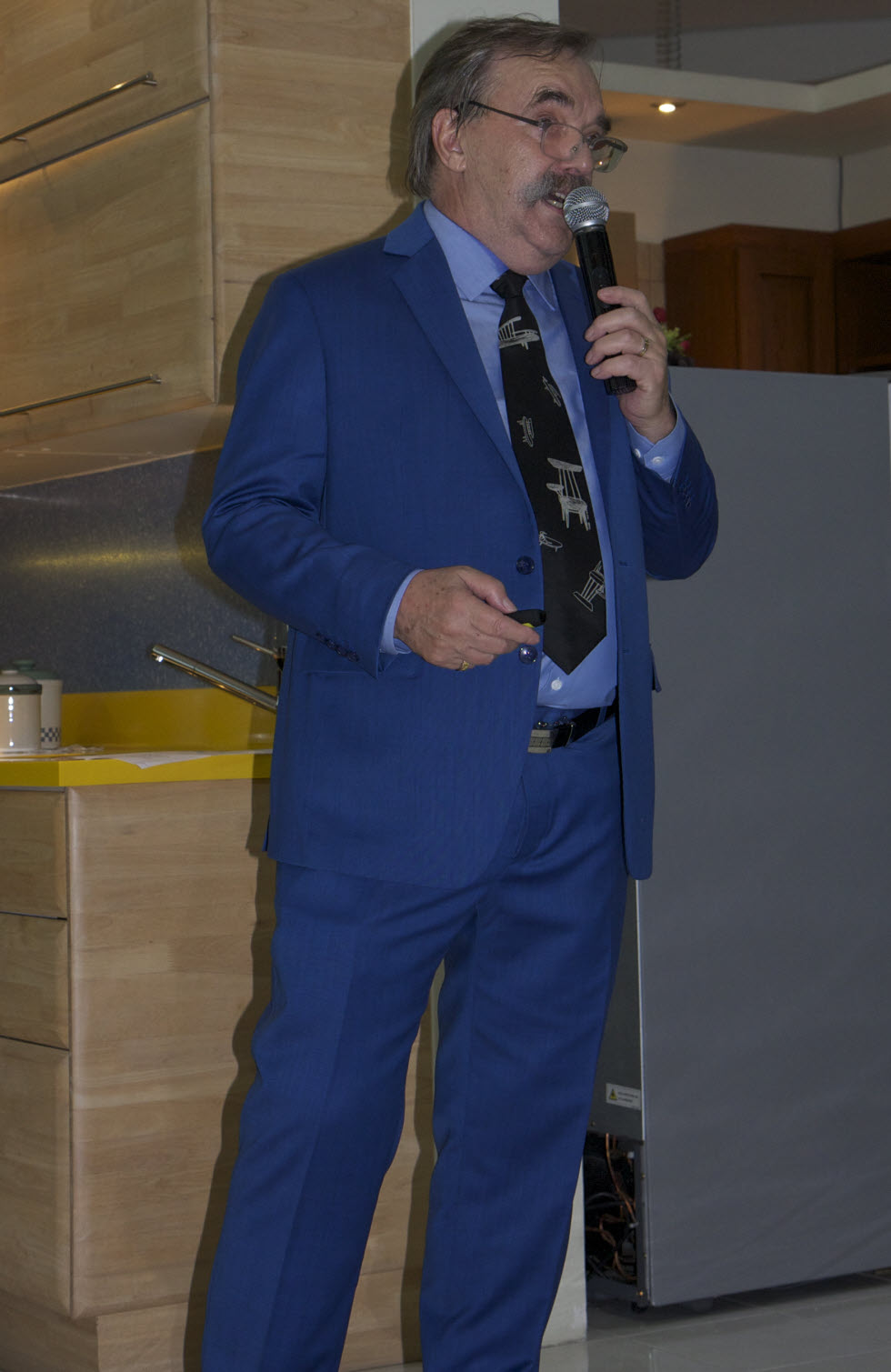 Next, a second and quite unusual ribbon-cutting took place to inaugurate the dealership for gardening tools from the brand Husqvarna and Gardena, where TSCC President Eric Hallin, Husqvarna’s Thailand representative Jan Eriksson as well as the Honorary Consul used chainsaws to saw through the wood ribbon.

Then all guests were invited inside to an introduction to CID by co-owner Mrs.Apinya Hogane and the CID team.

Apina went even further than Janeric and said that, having been with its parents, inside The Cabinet for a long time, CID was now ready to stand on its own feet. 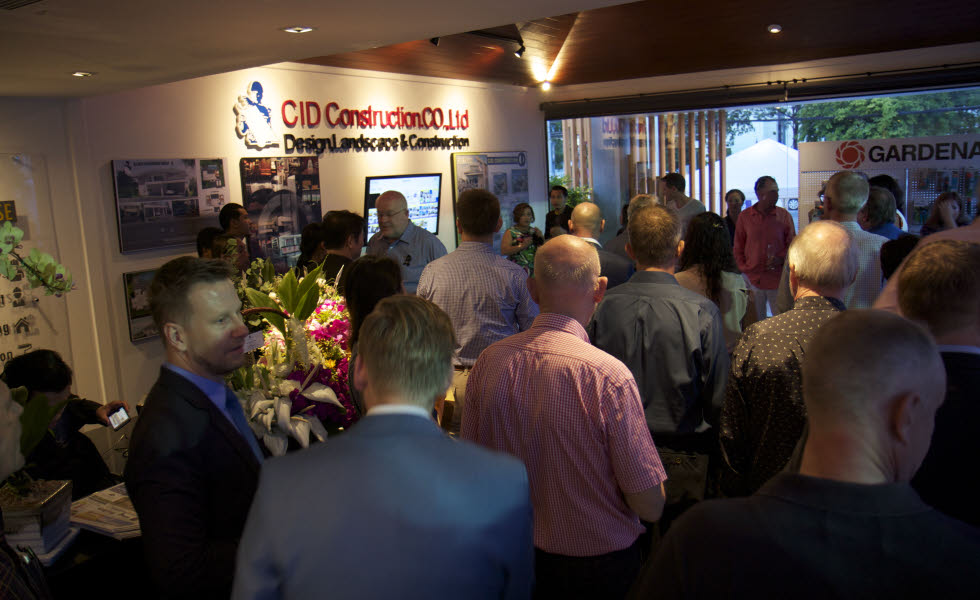 The big celebration of The Cabinet 20 Years and networking then followed inside the fabulous furniture store and kitchen showroom, enjoying a fabulous food buffet and free flow of champagne and wine. 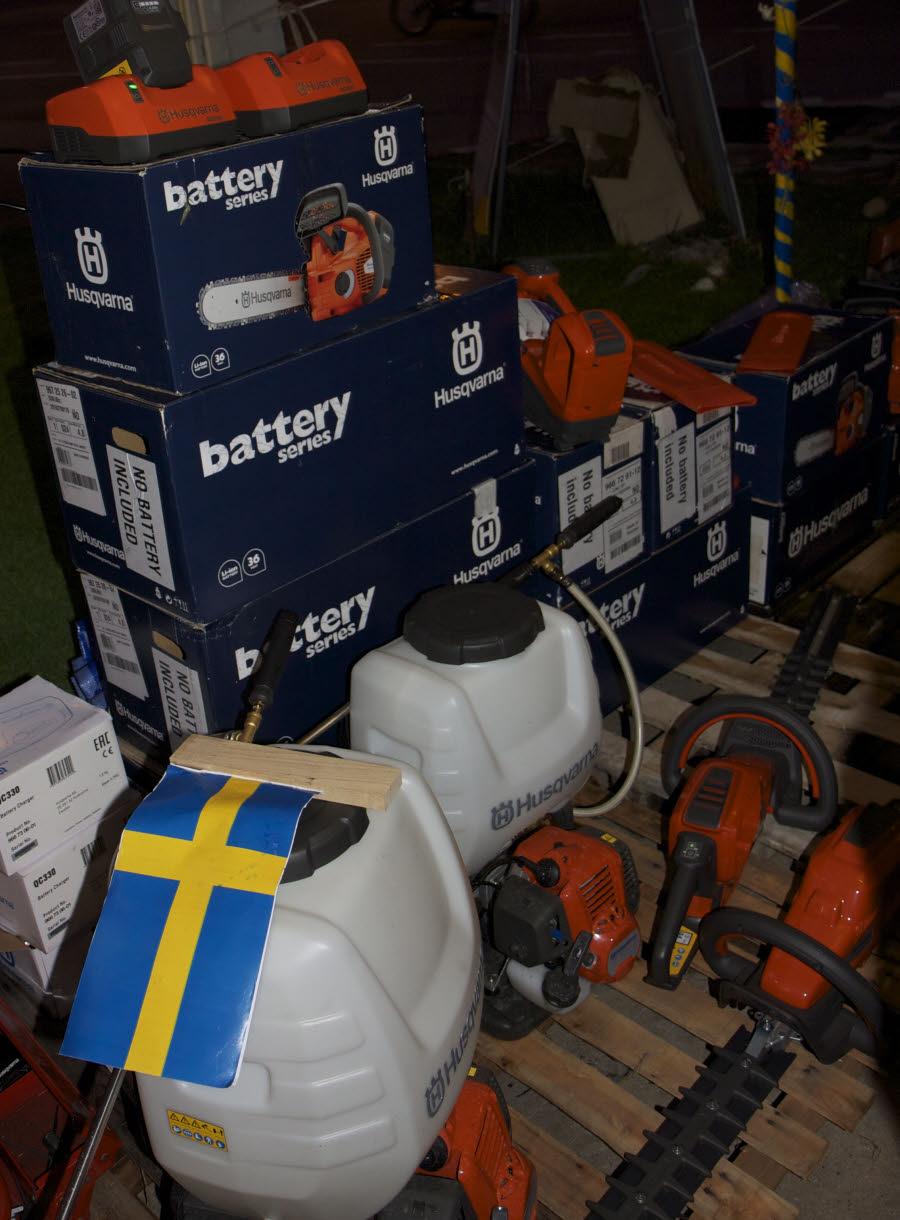 Janeric then got to summarise the story of The Cabinet up to today (including some funny episodes), a business that basically, with only a few exceptions, has seen constant growth throughout the years.

MD and General Manager for Electrolux Thailand, Sutti Manokitjarunman, took the microphone and commended The Cabinet’s owners and team for a job well done and praised their showroom as a real showpiece for quality and inspiration for all. 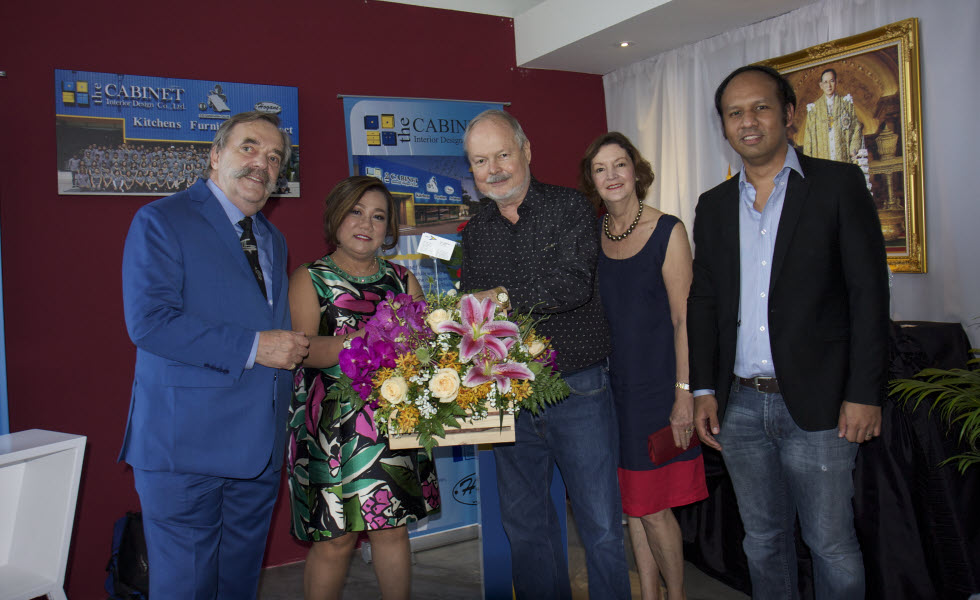 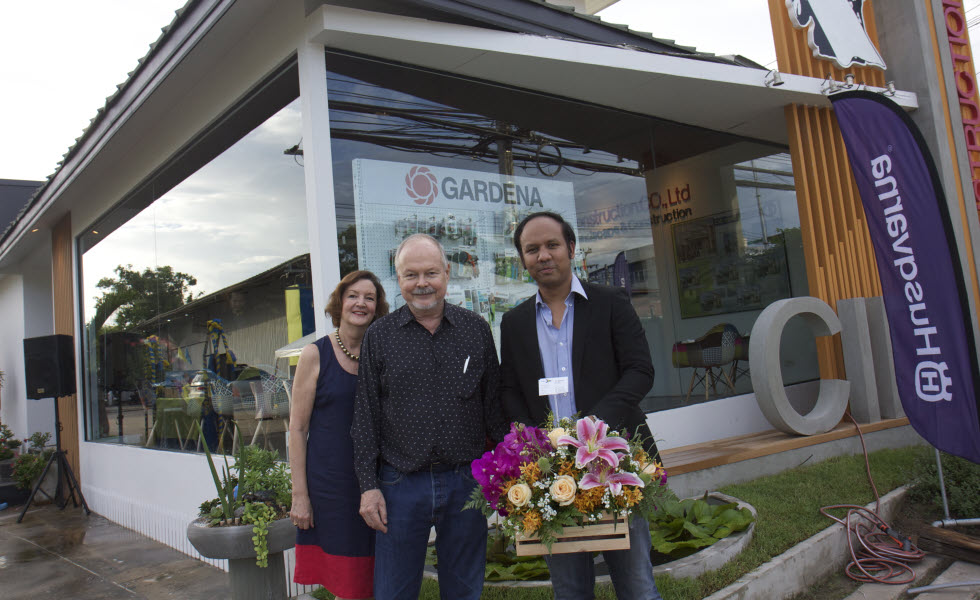 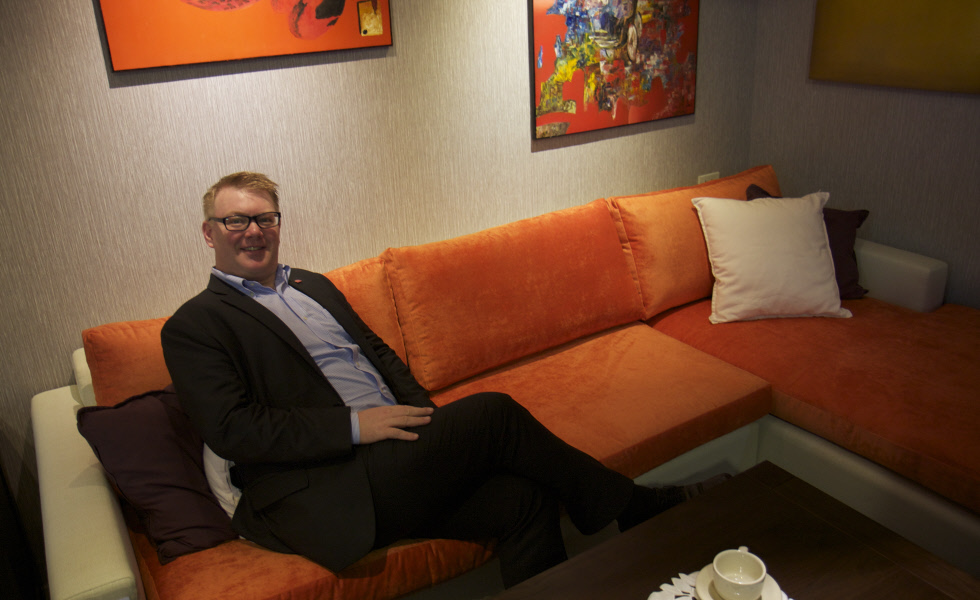 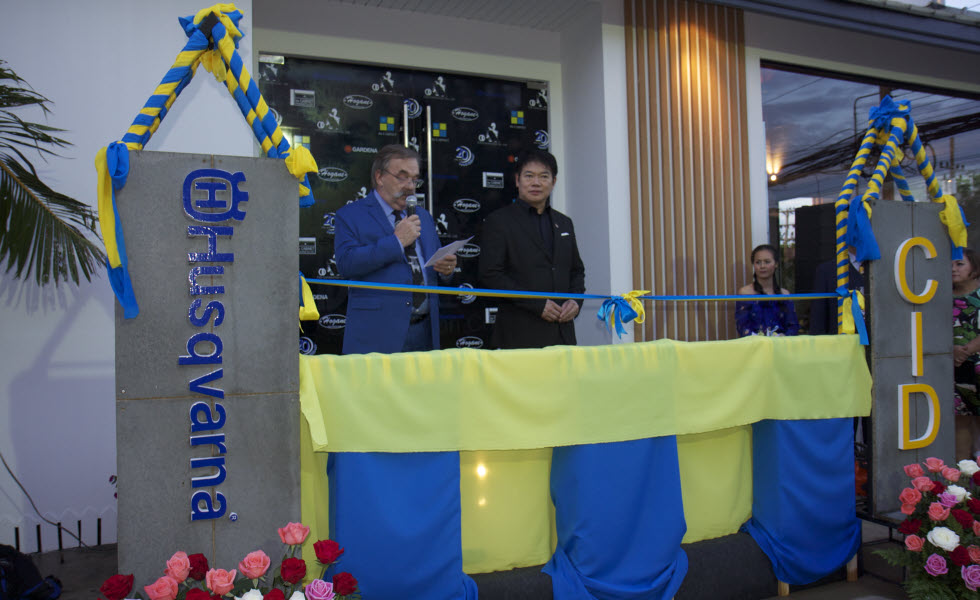 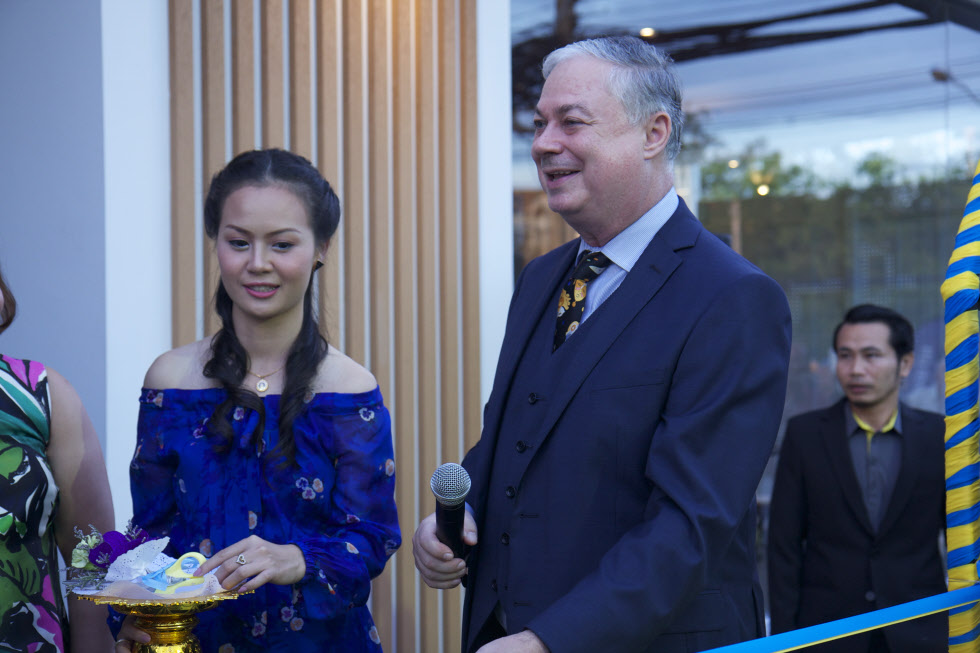 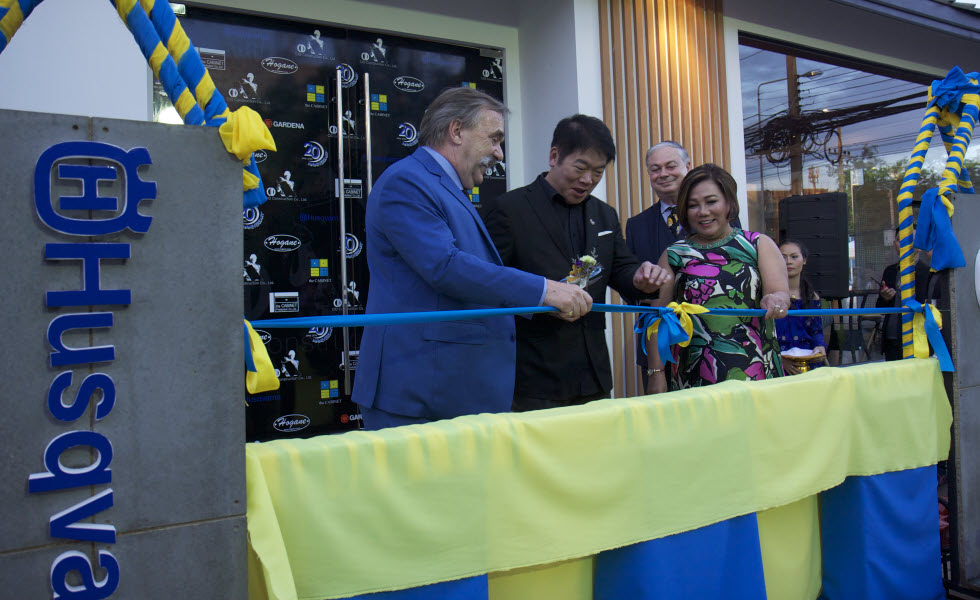 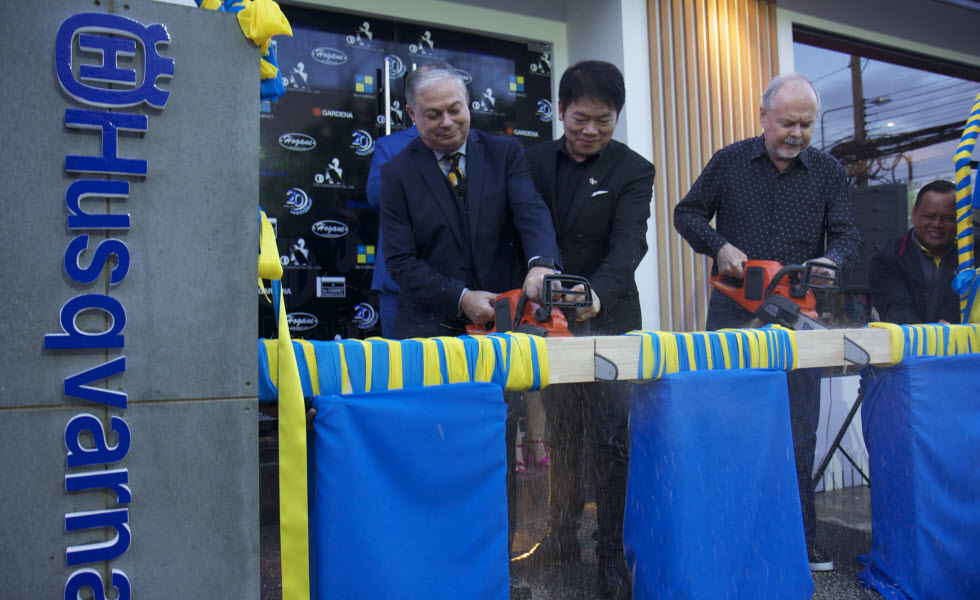 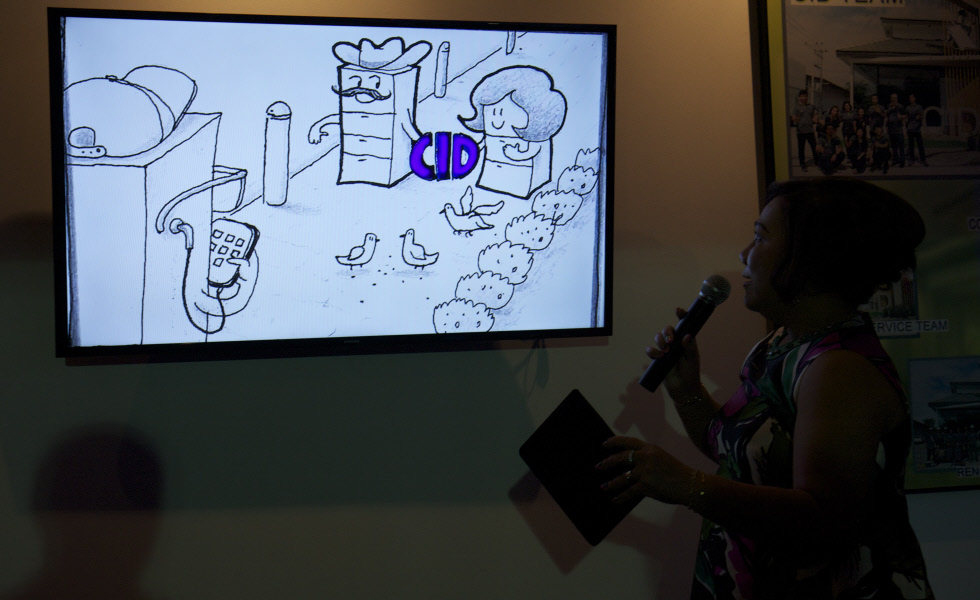 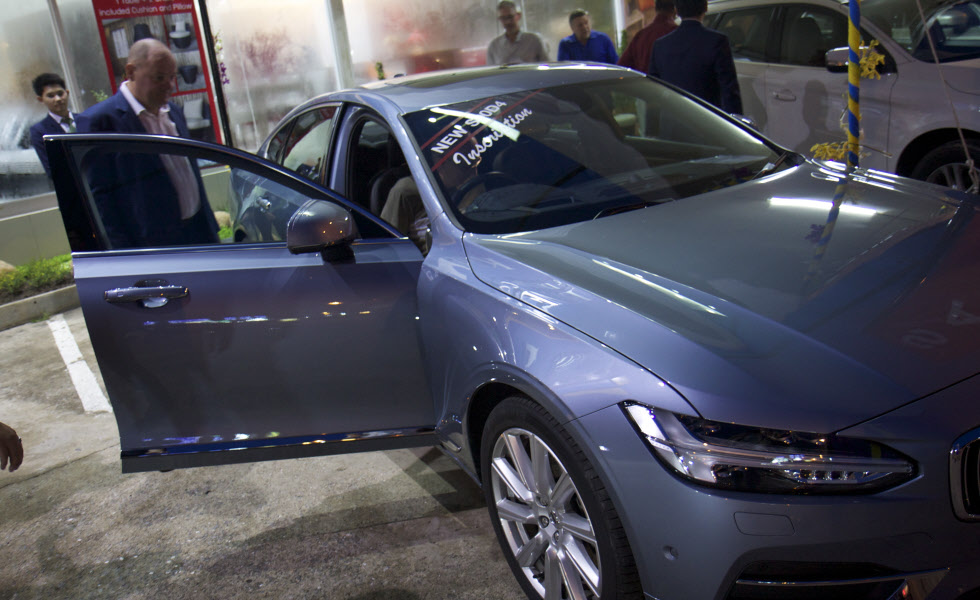 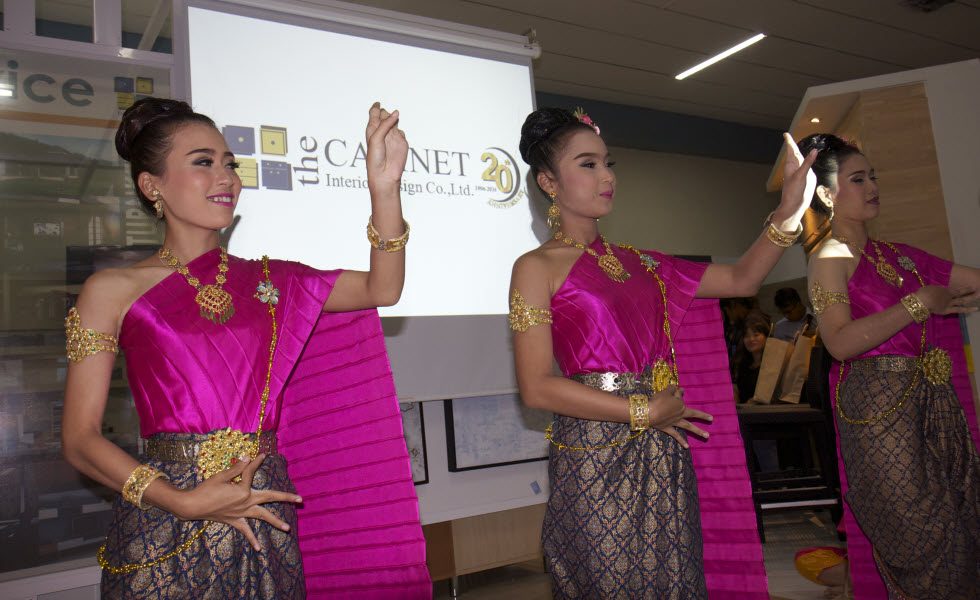 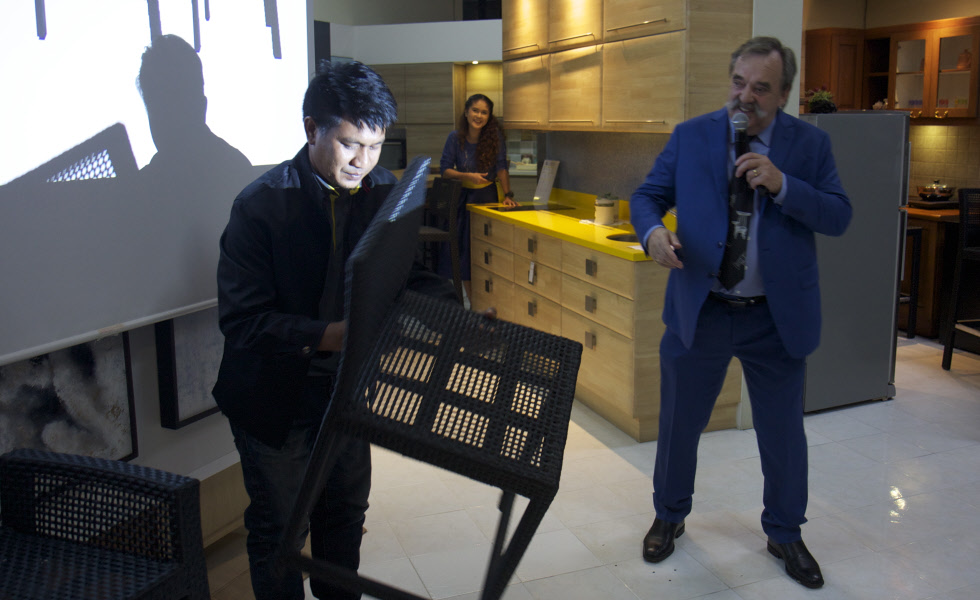 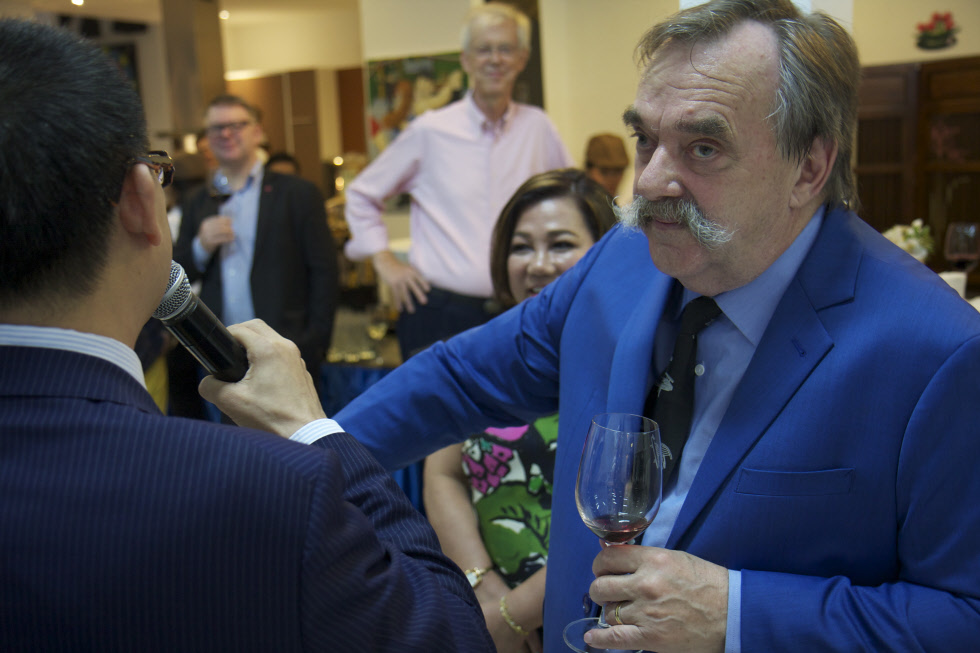 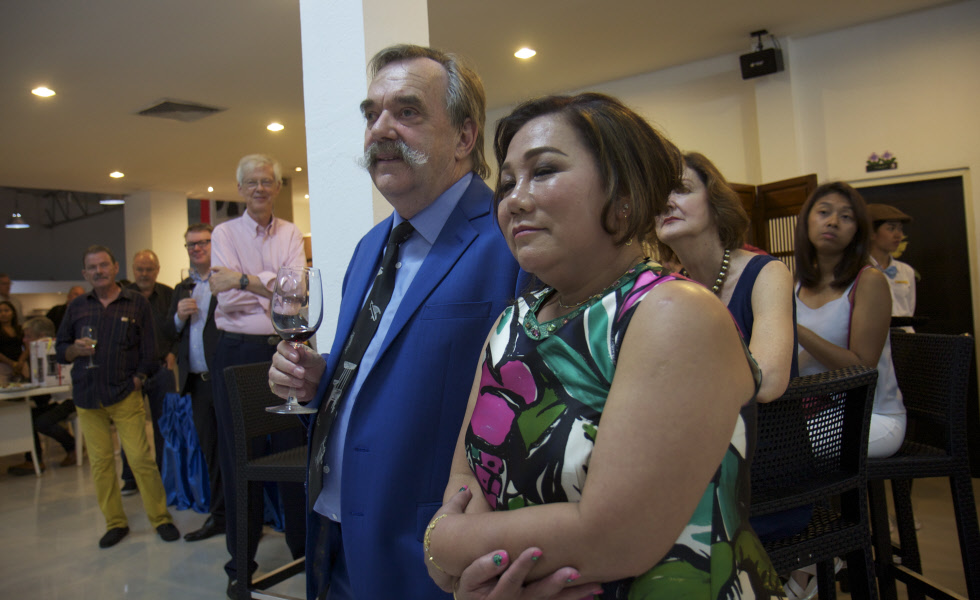 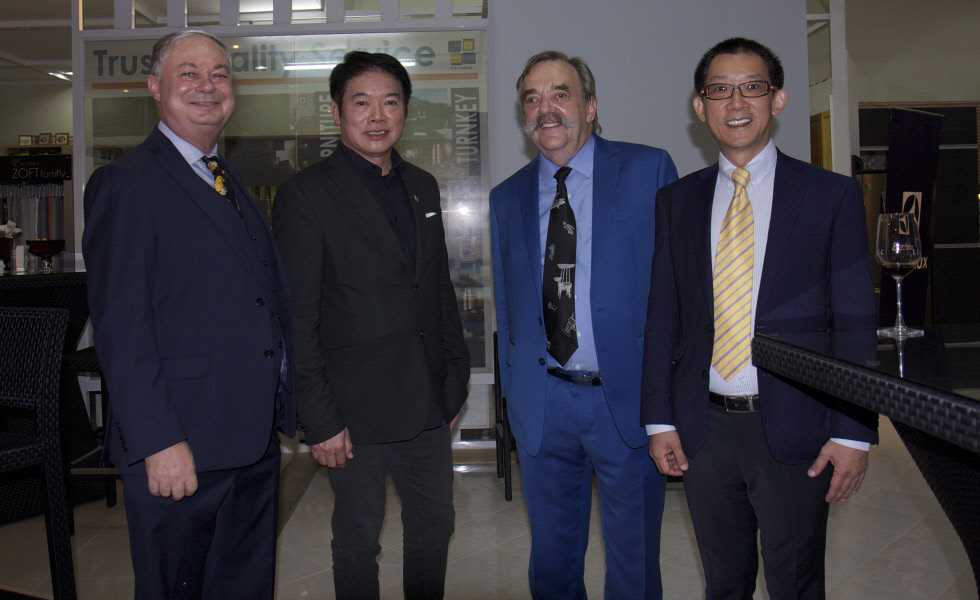 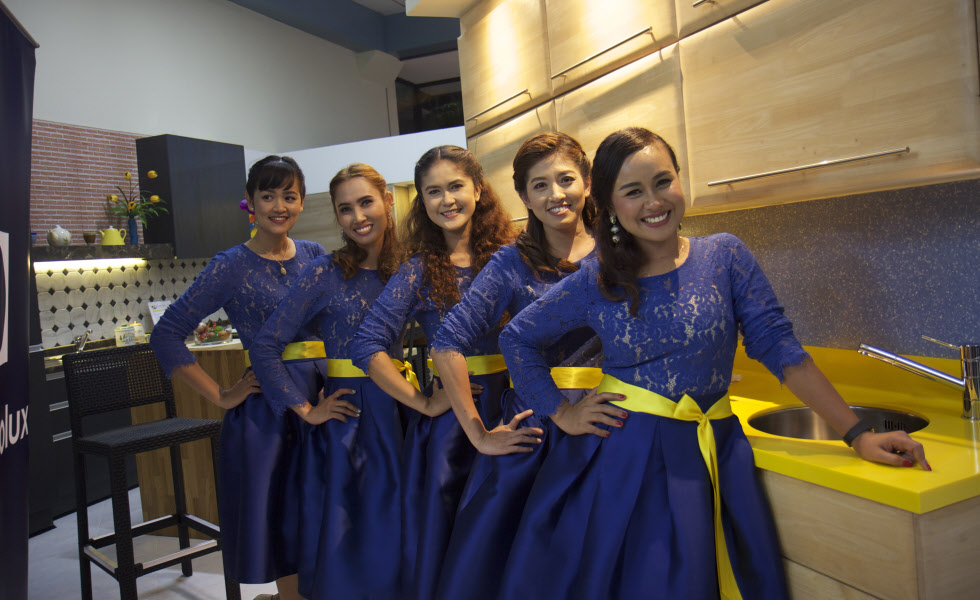 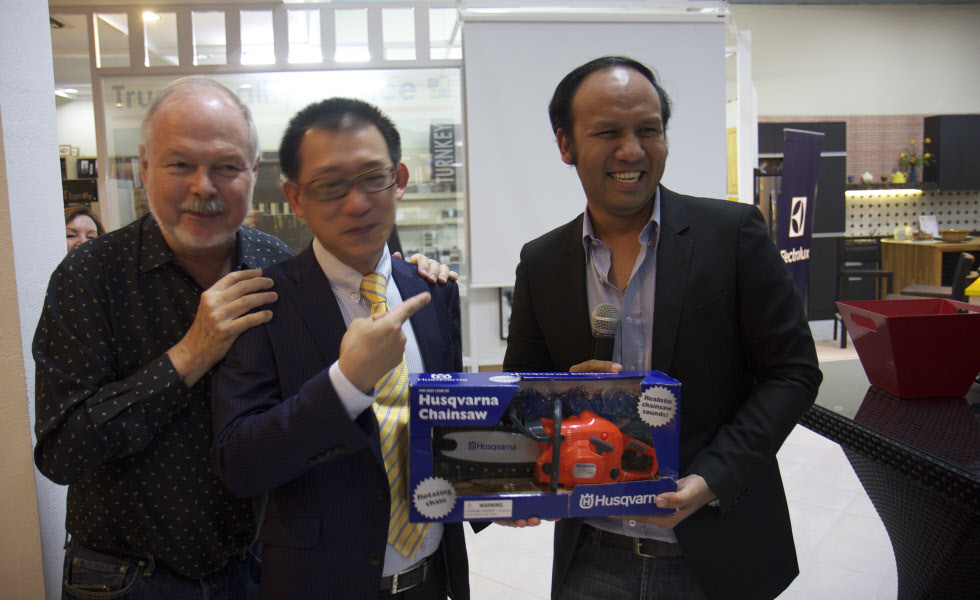 Following the latest court decision on 3 November in the criminal defamation case against Finnwatch’s researcher Andy Hall, he has decided to leave the country until the situation could change and he could safely return to continue his work in Thailand. He was quoted by Bangkok Post as saying he feared for his safety amidst…