“Is it the Swedish Government’s intention that its citizens will profit from the Thai government, here in Thailand, while Thai citizens who want to work in Sweden, for example with berries, are required to have health insurance taken in Thailand?”

This cannot be the case, believes the new confederation ‘Svenskföreningars samorganisation i Thailand för ja till sjukvårdsförsäkring i Thailand (SAMS)’, commenting on the proposal in Sweden by the committee of inquiry, which was presented to the Swedish Government’s Ministry of Health and Social Affairs on 1 February 2017

“There are Swedish pensioners abroad, e.g. in Thailand, who cannot get private insurance here and in the final stages of their lives can be seen as examples of social tourism. It is now not only practice, but statutory, that not only government but also private hospitals have an obligation to treat people with acute care needs and this without regard to ability to pay,” SAMS continues. 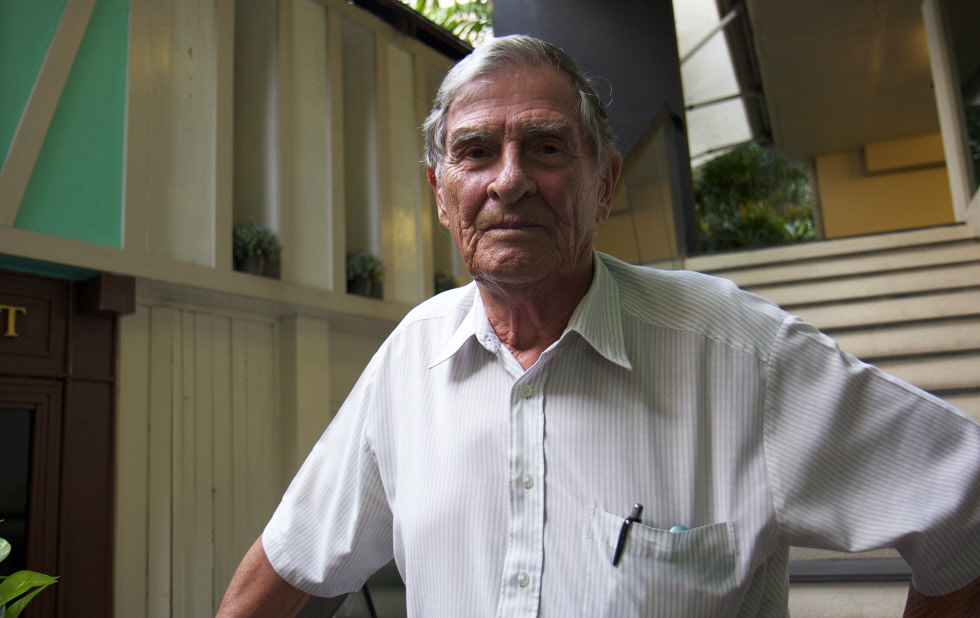 As a consequence the Thai government’s public as well as private hospitals are left with unpaid bills for uninsured Swedes, unless they, often with the assistance of the consular section of the Embassy of Sweden in Bangkok, can get hold of any relatives willing and able to pay the costs incurred in Thailand.

Meanwhile, the uninsured group of Swedes keeps on increasing who cannot get or take private health insurance due to old age, specific health problems, or it simply being prohibitive.

“With this confederation, SAMS, we have a broader representation to put pressure on the Swedish government in this matter,” comments Bo Jonsson to ScandAsia.

Bo Jonsson now speaks as part of another new social club, ’Svenskföreningen på Phuket för Ja till Sjukvårdsförsäkring i Thailand’, which has been initiated after that SpP partnered with Svenskar i Världen (SVIV) that now is the spokesperson for SpP in matters of this nature.

The findings in the proposal to the Ministry of Health and Social Affairs, in Swedish titled ’Utredningen om trygghetssystemen och internationell rörlighet’, is now being analysed within the government offices.

“The welfare and security systems will be there when we need them. As more and more people live and work in several different countries during his lifetime, it requires that the systems keep up with the development,” commented Annika Strandhäll, Minister for Social Security.

The ministry writes that social insurance is national but must operate in a world where people and companies are increasingly moving between countries, this in order to provide security for people and good conditions for growth.

On 9 January SAMS had written to the committee of inquiry with detailed input from the perspective in Thailand.

“Worth noting is that 2/3 of the Swedish pensioners, living in Thailand, who answered the Swedish social clubs’ questionnaire, have no health insurance! Private companies do not provide protection for existing illnesses or if a medical examination shows signs of disease risks. The cost of private health insurance rises sharply with increasing age and above the age of 70 years, it is difficult to get an insurance policy that provides good protection,” SAMS then highlighted.

“Many Swedes living, short or long time, in Thailand also pay taxes to Sweden, either SINK-tax or regular income tax. However, you get no health care protection for this money, if you do not pay for a trip to Sweden and enters the regular medical treatment there – often with long waiting time, which also requires having ordinary accommodation up to several months and makes one’s return trip uncertain. Paying taxes but basically do not getting anything for it is perceived as unjust.”

The many signatures to a previously submitted petition had also manifested this view, they added.

Furthermore SAMS remarked: “Taxpayers in Sweden living abroad are already included in the basis for public health insurance in Sweden, since Swedish citizens are entitled to subsidized health care in Sweden and pay taxes for that purpose, even if it requires a fee at the point of care. Cost-wise, it would be better to enjoy this right in the country where people actually live in provided the medical care in that country can generally guarantee to meet the quality requirements can be set so as not to mislead the policyholder and since the insurance obviously must have a cost ceiling.”

SAMS went on to suggest how social insurance for Swedish citizens living outside the EU should be implemented.

For the Swedes in Thailand fighting for the right to national health insurance from the Swedish state as residents of a non-EU country this inquiry had first given them hope that their demand would be addressed. But their calls have now been left unanswered. 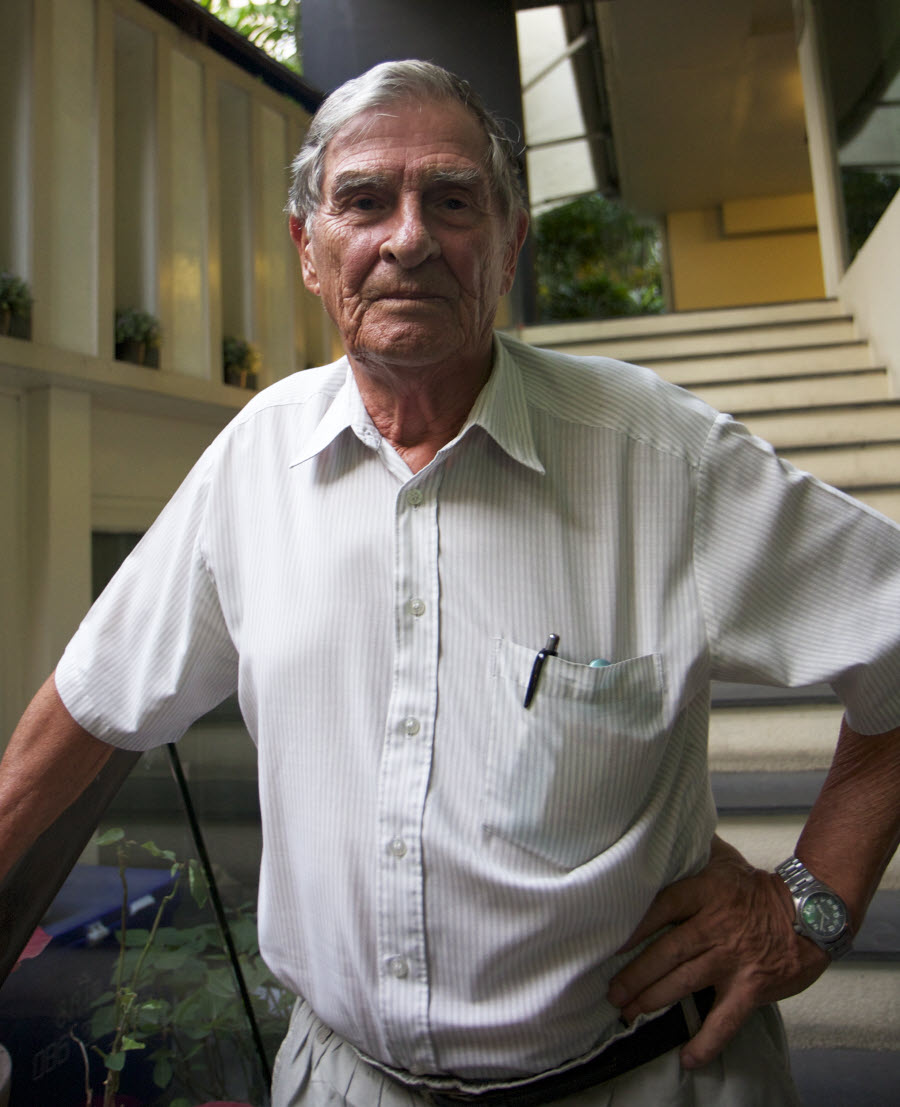 “The complication for us is that the committee of inquiry has in this matter looked at the laws to adapt to EU legislation, but on the contrary one has not had the time to look at third countries,” comments Bo Jonsson.

“Our expectation from Ministry of Health and Social Affairs is that one should bring up the matter specifically concerning Swedes living longer time outside the EU. And since they have not done it within this investigation it is their duty to do that,” he continues and adds: “We are referring to the fact that the terms of reference for the committee of inquiry incorporated international mobility to third country; Sweden/EU to third country. This has also been confirmed to us.”

In their official comments on the findings by the committee of inquiry SAMS on 18 February says: “In accordance with the wording of the investigative mission, for example medical insurance needs for international mobility can not expire at the EU’s external borders.”

“The inquiry was given supplementary terms of reference in December 2015, which gave SAMS reason to point out that there is a political will to go through the social security systems’ relevance in the context of the rapidly increasing movement across borders to countries outside the EU.”

“We have been asked what experiences Swedes in Thailand have had in particular medical problems and insurance relating to medical care needs, and have supplied essential information on living conditions – for which we received recognition by the committee of inquiry.”

SAMS also expresses hope regarding the proposal for certain issuance of a certificate: “The prominent role of the administrative certificate (as proposed by the commission at the request of Svenskt Näringsliv, because of that for example China refuses to issue work permits unless health insurance exists) at the presentation of the commission’s proposals has given rise to a hope, that the real meaning could ultimately be contemplated.”

See also: Swedes in Thailand are battling for health insurance