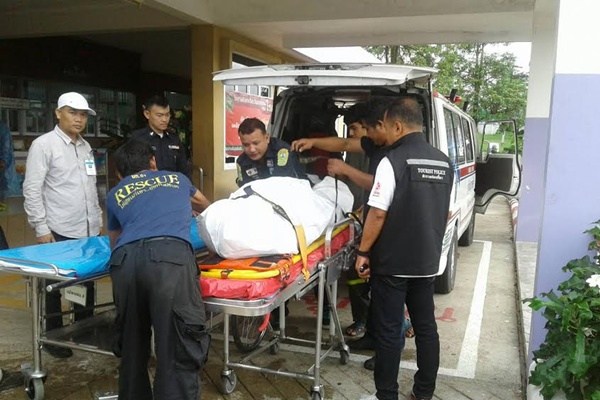 A diving trip to the Similian Islands turned out deadly for a Swedish woman identified as 57 year old Kim Lien Pettersson. Even though she was an experienced diver, she lost consciousness and drowned right in front of her husband on Monday 7 November 2016.

The Thai language online news website, Manager Online, reported the incident on Monday. According to their report, rescue workers of the Mu Ko Similian National Park and the Royal Thai Navy responded to the aid of a foreigner who was reported to have fallen unconscious during a group diving trip.

Pol Lt Col Gorgiard Bunblord of Khura Buri Provincial Police Station is investigating the tragic death. He informed reporters that even though emergency CPR was rendered on site, rescuers were unable to save the life of the Swedish tourist. The body was transferred to Khura Buri Chai Pattana Hospital on Phang Nga mainland.

According to the police, Kim Lien Pettersson had been on 184 dives before, and at the time of the accident, she was diving with her husband who was also her diving buddy.

The couple had been diving at 25 metres when a crew member noticed that Mrs Pettersson was floating motionless in the water with her eyes wide open. Apparently, he pulled her towards the surface and, at 20 metres, just five metres below the surface, waited for her to regain consciousness. Once on board, he continued to try and revive her.

Police are waiting the results of a post-mortem examination, but they believe that she died from decompression sickness. The sickness, which is also referred to as ‘Diver’s Disease’, is a serious condition that can occur when a diver ascends to the surface too fast. It can lead to paralysis and even death.