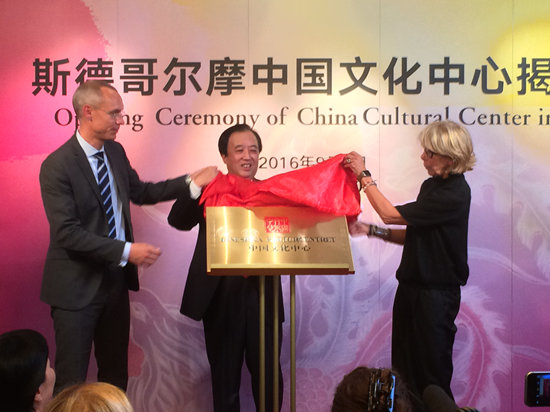 Speaking at the event, the ambassador stressed the China Cultural Center would bring Chinese culture, language and art to Sweden, boosting the exchanges and strengthening bilateral ties. The centre will provide opportunities for Swedish people to better understand China and will become the witness to the further development of China-Sweden relations. 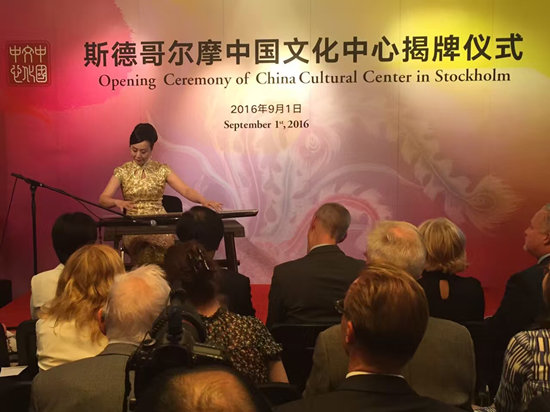 Performance of traditional Chinese musical instrument called Gu Zheng (a 21-or 25-stringed plucked instrument in some ways similar to the zither) was given at the opening. Photo: Chinaculture.org

A performance of the traditional Chinese musical instrument called Gu Zheng ( a 21-or 25-stringed plucked instrument in some ways similar to the zither) was given at the opening. As a gift for Swedish people the musicians performed Swedish pop group ABBA’s well-known song ‘I Have a Dream’.

‘Beyond Image: the Oil Paintings from China’, is held until 9 October, where 28 pieces of works from eight contemporary Chinese painters in different ages are showcased. 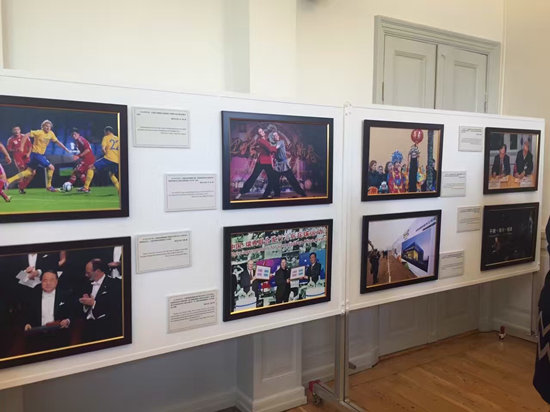 A photo exhibition is on display at the center to mark the 66th anniversary of China-Sweden diplomatic ties. Photo: Chinaculture.org

The photo exhibition features images showing the development of ties between the two nations in the field of politics, economy and culture.

The centre is be open to the public six days a week and a variety of cultural events, such as lectures, forums, exhibitions and performances, will be on offer.