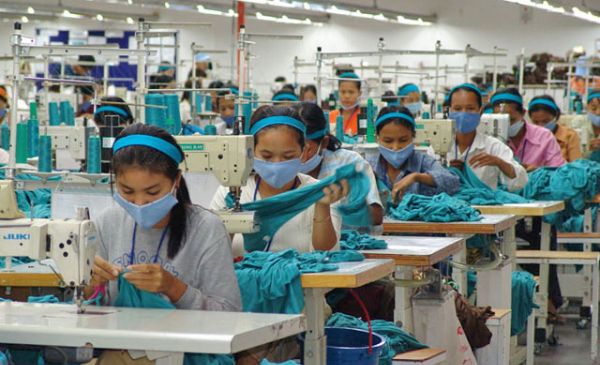 73 female workers fainted at an H&M garment factory on Wednesday 30 August 2017  in Phnom Penh, Cambodia. However, no problems were found with the factory during a following inspection completed by Labor Ministry officials and local authorities.

The workers who fainted at the Berry Apparel factory at about 8:30 were found to have low blood sugar, said Sao Sarith, deputy chief of Choam Chao commune in Pur Senchey district.

“It made them weak,” Mr. Sarith said. “When they saw others fall down, they fell down too.”

A labor union representative, however, attributed the faintings to a lack of sleep and food.

“One worker got dizzy and was sent to the hospital,” said Chhun Sokhy, the factory’s representative to the Free Trade Union of Workers of the Kingdom of Cambodia. “When others saw this happening, they felt scared and started to continually faint, one by one.”

The stricken workers were transported to nearby clinics for treatment, and 64 of them were still receiving treatment as of 4 p.m., Ms. Sokhy said.

The garment industry is the mainstay of Cambodia’s economy and the single biggest employer of women, with some 500 factories hiring almost 500,000 female workers.

Mass faintings are unusually common in Cambodia, and are variously caused by a lack of nutrition, anemia, shock, spirits, or other causes.

The Berry factory has about 2,750 workers and supplies international brands, including H&M. Better Factories Cambodia, a factory monitoring body set up by the U.N. and World Bank, assessed the factory in February last year and found no problems.

Labor Ministry officials and local authorities who inspected the building on Wednesday also found no problems, according to Mr. Sarith and Ms. Sokhy.

H&M, a billion-dollar Swedish-based global chain with 4,500 stores, confirmed the faintings on Wednesday in a statement, adding its local team was monitoring the case and investigating to identify the cause.

“We take this very seriously,” the company said. “The health and safety of those who work at our suppliers’ factories are of course a priority to us.”

“And now it’s official,” writes Embassy of Sweden in Hanoi on their Facebook on Wednesday 7 June 2017. Swedish clothing giant H&M is finally coming to Vietnam, opening its first store in Ho Chi Minh City. “I’m sure you have heard it by now – Swedish fashion giant H&M is opening stores in Vietnam. Great…