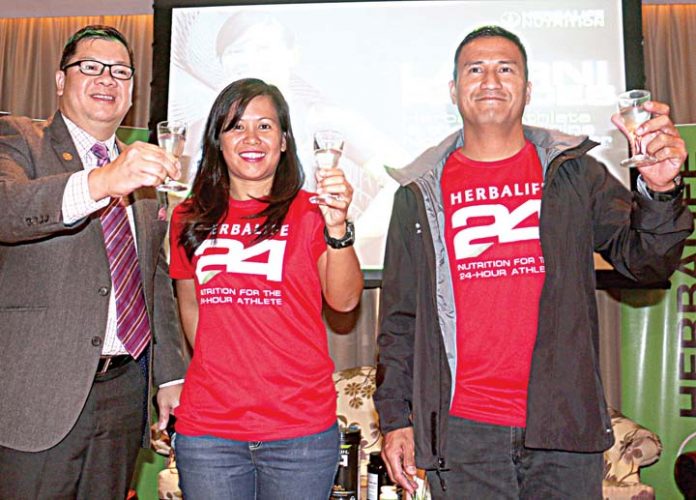 Laarni Peredes has accomplished a challenge no other Filipino, except her husband, has done before—finish the demanding Isklar Norseman Xtreme Triathlon in Norway.

The 38-year-old Paredes crossed the finish line of the Norwegian triathlon race on August 6 2017, making it a purely family affair with husband Omar.

“It was very hard because of the harsh conditions during the race. But I am happy to finish it for the country,” Paredes said.

Her husband Omar, who completed the race last year, said the experience was never short of thrill and excitement for athlete couples like them.

“We race because we love this. After completing the race, you will definitely feel more confident in life,” Omar said.

The husband-and-wife tandem leads the Herbalife Triathlon Team, which competes in different races locally and abroad.

Laarni has won several titles in the age categories, while Omar is a swimming and triathlon coach.

Participants in the Norseman race are chosen through a lottery. Out of 3,600 individuals who registered, only 250 were picked to avoid congestion and collision in the narrow roads of the bike course.

Athletes bravely plunge in the nearly frozen water of Eidfjord before transitioning to the bike leg where participants traverse through five mountains.

The last part, which is the run course, takes the competitors to a rugged mountain climb where the finish line awaits at the top.

Isklar Norseman Xtreme Triathlon is considered the ultimate triathlon in the world. The first race of its kind took place fourteen years ago.