The wife to Swedish Ambassador of Thailand H.E. Staffan Herrström, Karin Herrström is a truly devoted woman of the world. The task of representing one’s country in a diplomatic context suits her well, since her own personal goal is to make sure to bring the best out of her surroundings, which she actively does by engaging in political issues like gender equality, promoting welfare and always being a great hostess.

30 years ago she met the passion of her life, Staffan, and together they began their own global adventure. 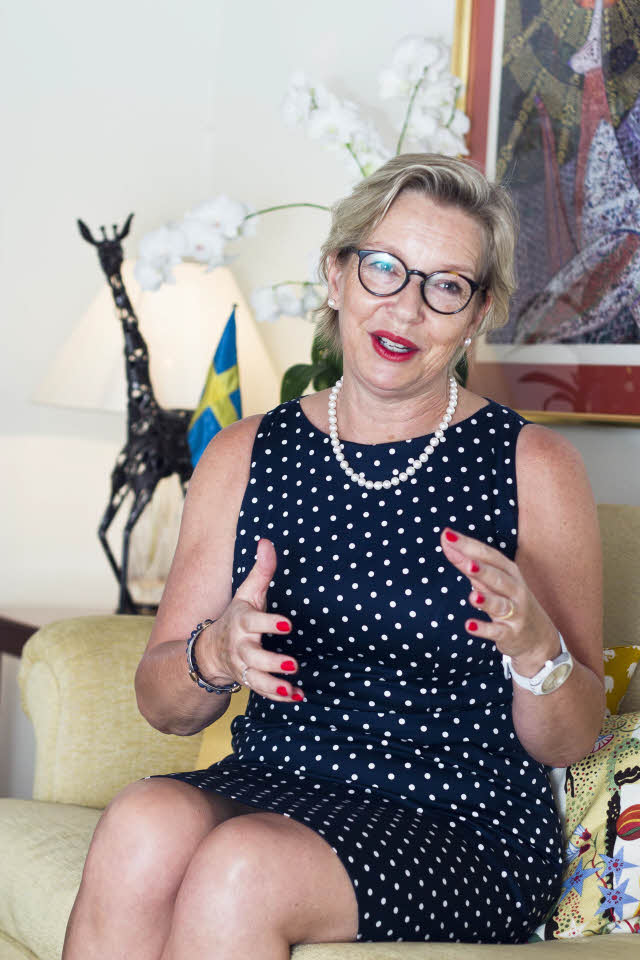 Magnetic power
”It just said ‘click’”. Karin smiles when she recalls the first time she met her husband in a political context. She was a teacher, he was a journalist. Growing up as an outdoor child (who also loved books), she was fascinated about this man who shared the same interests of hers for a better (and greener) world, not to mention their common passion for music. Like a magnetic power the two of them connected perfectly, and it didn’t take long before they witnessed their love to the world.

“In the beginning our married life was typical Swedish. We had two daughters, and together we went on sailing, playing music together, reading and discussing, exercising, gardening and skiing in the winter. Just like any other family in Stockholm.”

The ordinary life in Sweden happened to be temporary, when Staffan in 2007 became the Ambassador of Sweden in Tanzania after having worked with development cooperation for a long time. It meant a world of changes: moving to a whole new continent, saying goodbye to friends and family, and suddenly being in charge of promoting Sweden as Mr. and Mrs. Ambassador. Karin never doubted a second of supporting her husband’s new career path.

“The hardest part was to convince our teenage girls to move away from everything they knew. I was proud of Staffan, and he was fantastic to explain to the girls about the pros and cons of moving to Africa.”

Eventually the pros won, and they all went to there. As a diplomatic spouse she was happy to become the head of the residence and to entertain larger groups of guests. She learned from her job as a teacher how to organize, to communicate and to delegate work to the staff and how crucial it is to create a positive and proactive spirit in the residence.

“Every single person has to feel that he or she is important. I love to be a team leader!”

Even if organizing events is a lot of work itself, Karin was involved in voluntary work, raising funds for mainly vulnerable girls and women. The focus was to give girls who had been raped and were pregnant the same possibilities to continue their education. She also supported NGOs assisting women who were suffering from fistula and other women health-related issues. Women’s rights are one of the favourite causes to Mr. and Mrs. Herrström. 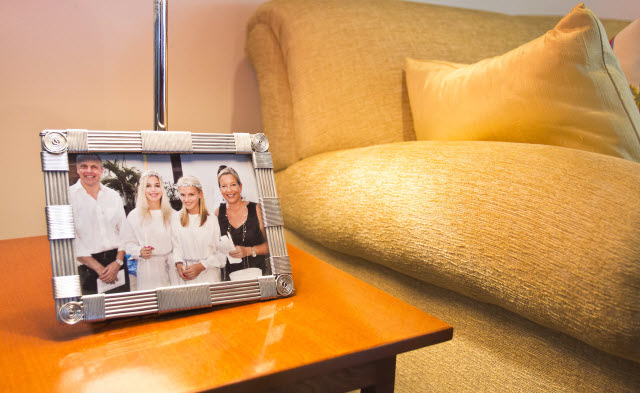 After three years in Africa, Staffan was appointed Ambassador to Vietnam. Karin spent a month building up a new home for her family, but unfortunately due to a decision made by the Swedish government the Embassy of Sweden in Hanoi had to close down (though later the decision was revoked).

“We received the message just before Christmas. It was sad news for us, but even worse for the local employees. Staffan did everything to comfort them.”

And so did Karin; supporting her husband in his efforts to support the Embassy staff. She told him to make the best out of it, and together they travelled around in Asia and Karin spoiled their staff at the Embassy in Hanoi with home baked cookies. She managed to promote a positive atmosphere in spite of the dreadful news. Soon he was given the title of Ambassador to Poland, and they all moved back to Europe.

Another chance
“But there was something about Asia. I loved the pulse and the energy. In Africa where everything was a little ‘hakuna matata’, it was the opposite in Asia. Everyone was always on the move.”

“Why not give Asia another chance?” The lively Karin was happier than a clam when Staffan was given the credentials to be Ambassador in Thailand in September 2015 (and accredited also to Lao PDR and Myanmar).

“I am so fascinated about Thailand, and I can’t believe how fortunate we are. It was the country highest on our list to explore, and so it is for many Swedes.”

According to her around 350.000 Swedes visit Thailand each year while thousands are settled there, and she notices it by the many Swedish conversations spoken in Bangkok. Although it is comforting to hear one’s mother tongue, Karin is very determined to learn the language of the country she is living in.

“Staffan and I believe it’s both for necessity and to show courtesy to learn the language. It’s important to us. And it’s so fun to help each other with homework together.”

They don’t attend the same classes, and during the weekdays their individual programs are packed with duties, work, and tasks. During Christmas in Thailand Karin hosted a Swedish Christmas Bazaar, organized St. Lucia rehearsals, arranged several traditional parties, and intend to start a project of promoting Swedish food in Thailand.

“When you’re abroad, you have to make more out of your traditions and norms than you would do at home.” 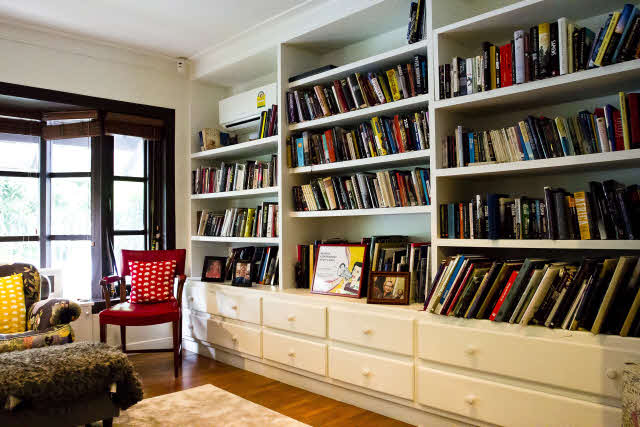 Passionate people
Karin and Staffan are both passionate about their work, and even more for each other. Karin explains how important it is to relax when living a busy life constantly filled with new impressions, and she does that best in her husband’s company.

They have managed to get the most and best out of the time they have together; whether it is going to concerts or listening to music at home, going to the gym or taking courses of languages or cooking. They love to do everything together, even literally just to be with each other.

“I am so confident with Staffan. I can even enjoy being with him without conversation. I was already convinced in 1984 that I would travel the world with him if I had to.”

Karin busts the myth of the “quiet and easy life of an ambassador’s spouse”. She is always on the move and always engaged in several projects, not only diplomatic duties, like creating networks and being the team leader of the Swedish Residence, but also her charity work and not to mention being the greatest supporter of the Swedish Ambassador in Thailand.