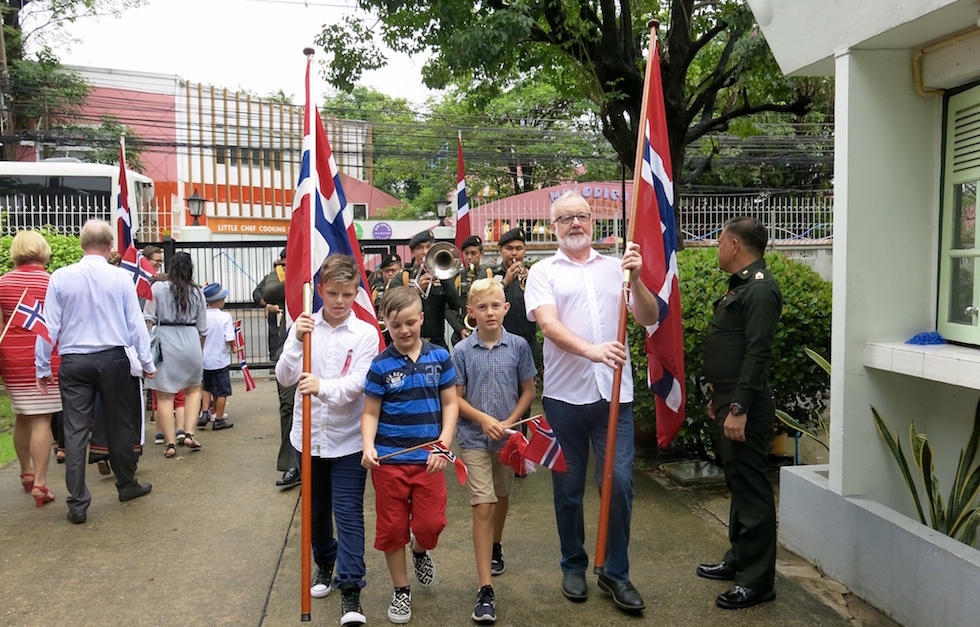 17 May is a big day for all Norwegians. It is a day where many dress up in their national dresses, a day filled with Norwegian flags waving in the air, a happy day of celebrating Norway and the Constitution signed on 17 May 1814, declaring Norway an independent kingdom. For all of the Norwegians living abroad, it was no exception. In South East Asia, Norwegian communities gathered for celebrations.

In Bangkok the Norwegian Embassy and the local 17 May Committee hosted celebrations from 10:45 in the morning. Starting with a speech from this year 17 May general, Anne-Kari Gulliksen, Norwegians in Bangkok kicked of a wonderful day, although the weather was not quite on their side with rain pouring down over Bangkok for long periods during the day.

Afterwards, it was time for the obligatory parade with Norwegian flags and a marching band playing as everyone walked three rounds around the embassy residence. Luckily, and to everyone’s relief, the rain stopped just as the parade started, but also came back as soon as it ended.

Kjetil Paulsen, Ambassador of Norway to Thailand, held a speech right after the parade with a greeting from Norwegian King Harald to the Norwegian colony in Thailand. He also introduced young Karoline Bjørnsen, who followed him with a speech celebrating 17 May abroad.

The day ended with a gala dinner at Sheraton Grand Sukhumvit Hotel, hosted by Nordmannsforbundet. 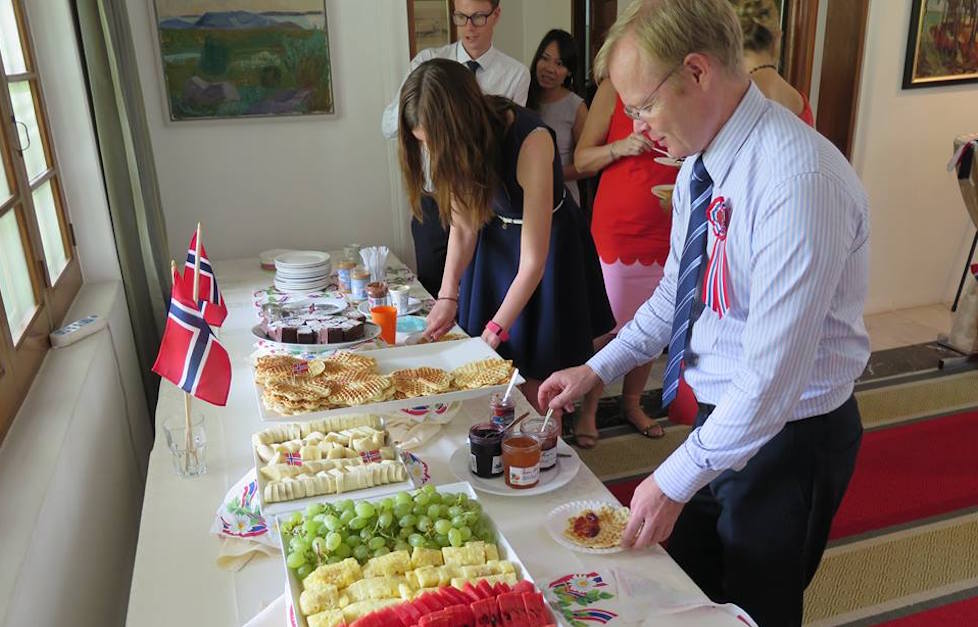 Norwegian waffles and more in Yangon.

The festivities were also brought to Yangon, where the Norwegian Embassy celebrated the day with Norwegians in Myanmar the traditional Norwegian way; with a children’s parade, songs, games, and of course Norwegian hotdogs and waffles. 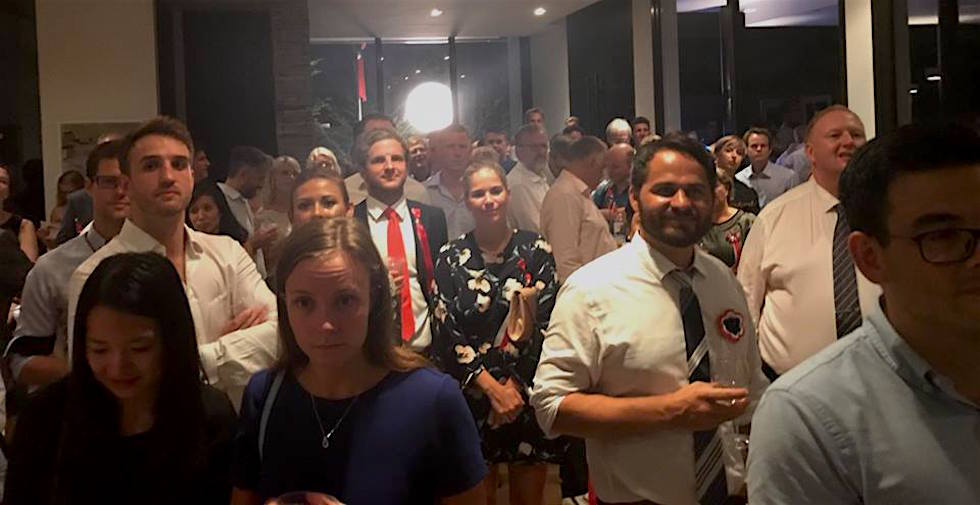 Celebrations at the Nowegian Embassy in Singapore. 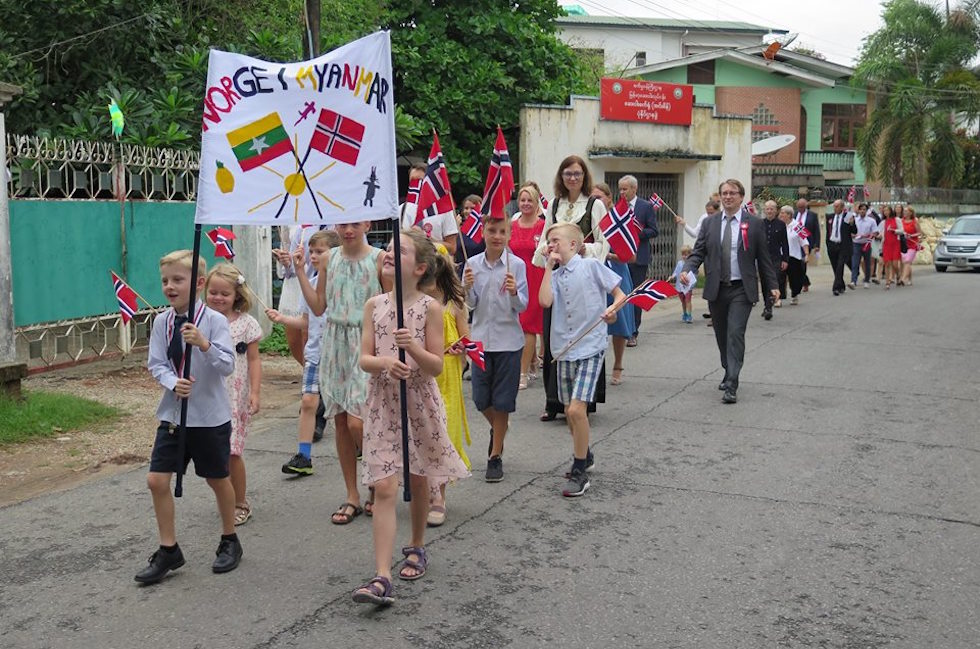 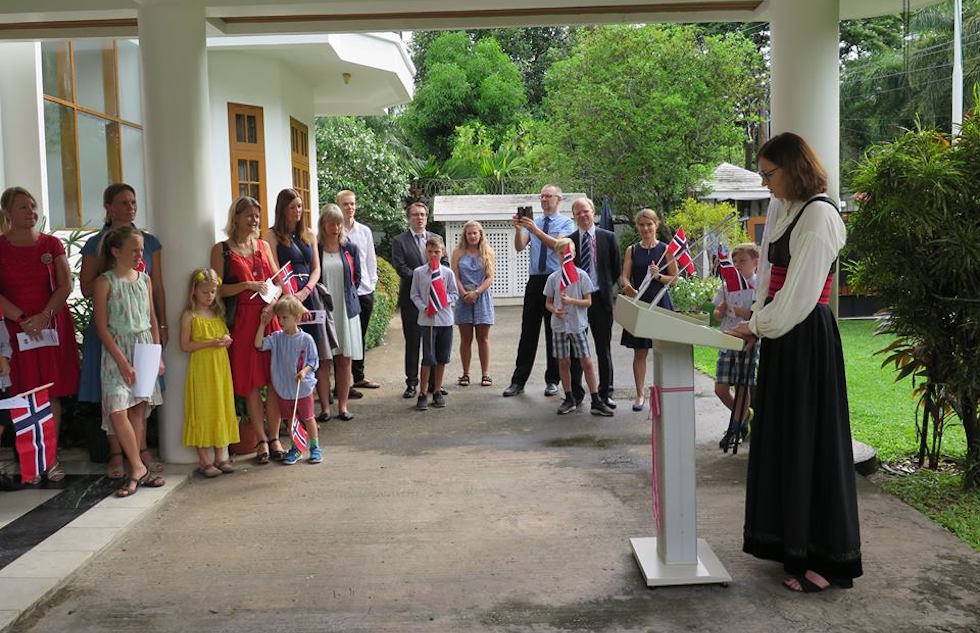 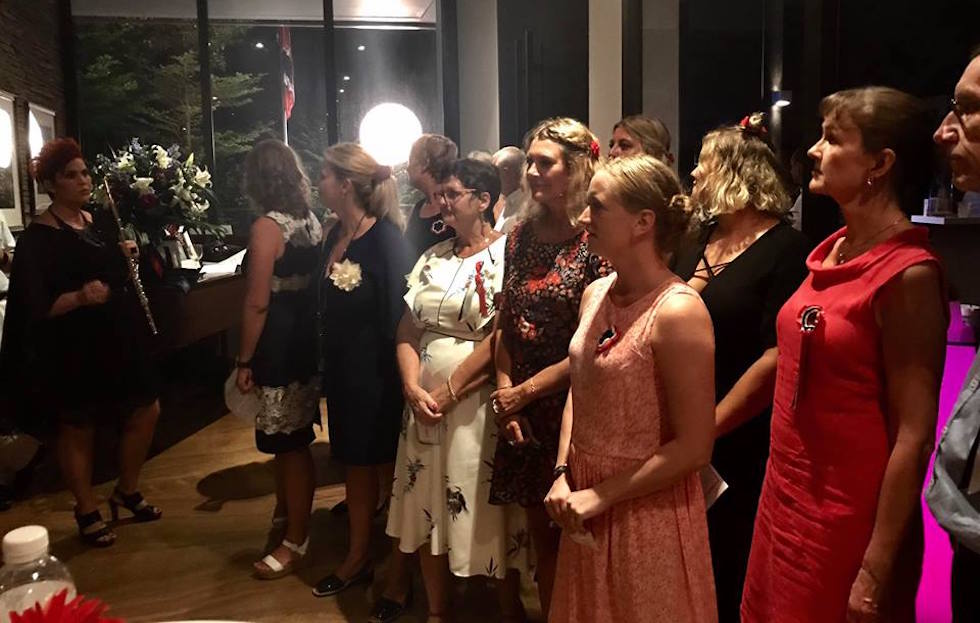 Singing the National Anthem at the Embassy in Singapore. 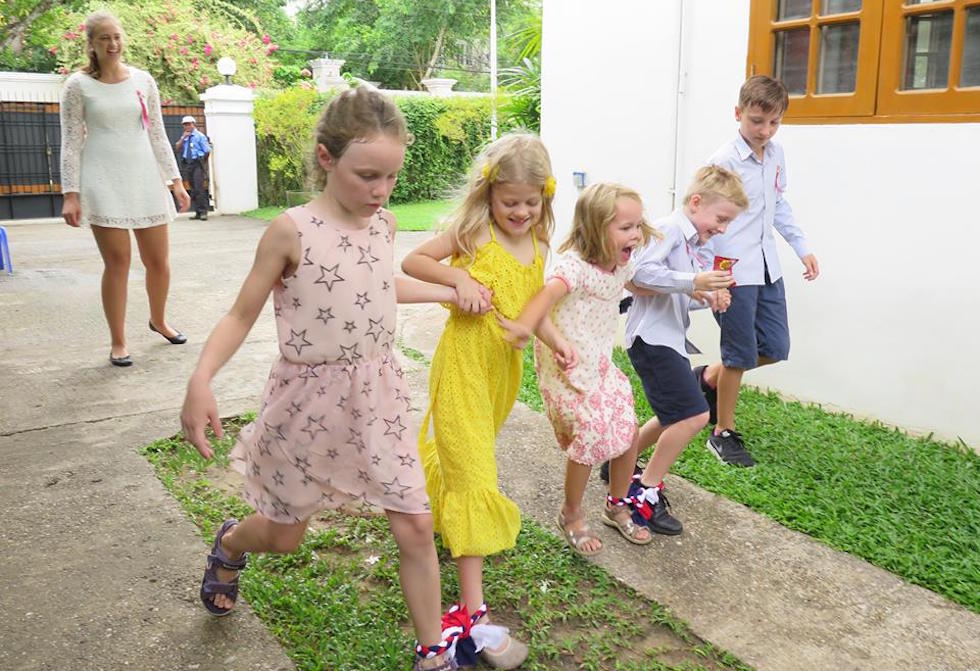 Kid’s playing on 17 May in Yangon. 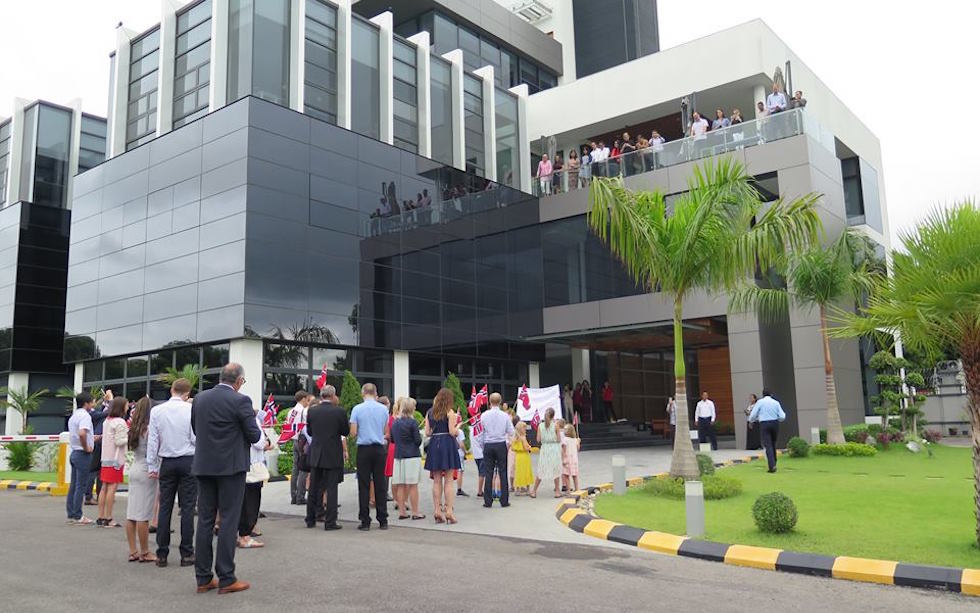 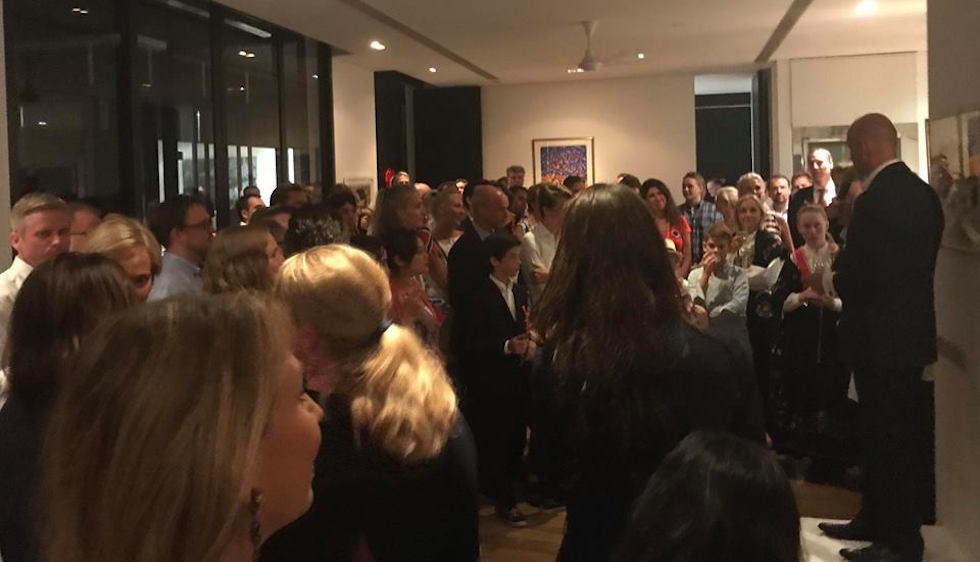