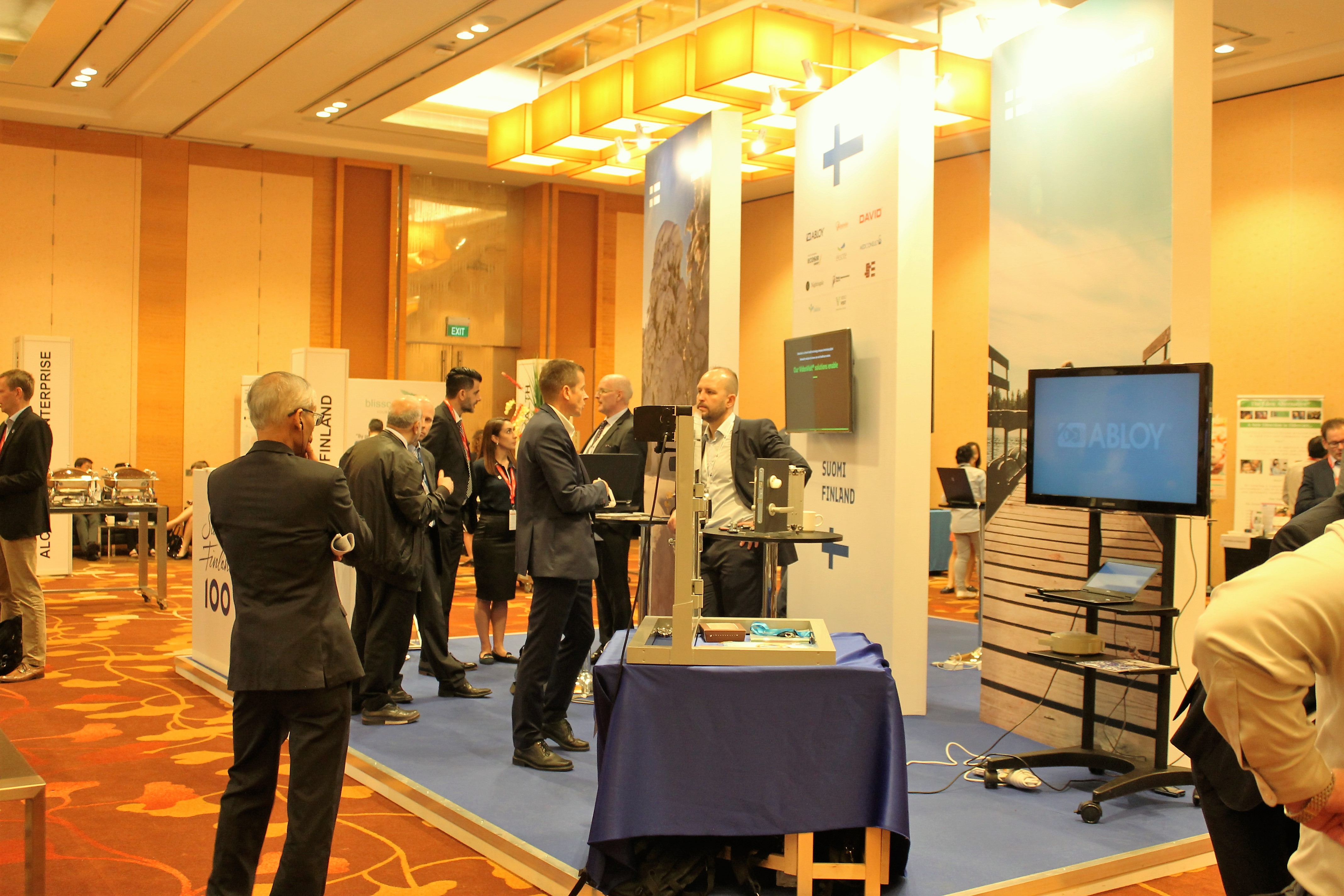 Better life for the growing elderly population was the big focus as 700 international and local industry representatives, government and community leaders were gathered in Singapore for the 8th International Ageing Asia Innovation Forum (AAIF) on 25-26 April 2017 at Marina Bay Sands Convention Centre. There, the goals were to access the best global ageing models and drive discussions on how to change the way seniors age in Asia and around the world.

Minister of Social Affairs and Health in Finland, Pirkko Mattila, was invited as the guest of honour at AAIF as Finland was the focus country of the forum, celebrating their 100 years of independence.

Like many countries in Asia, Finland is facing a growing elderly population, expecting 1.4 million Finns to be over the age of 65 in 2030, and 400 000 even over the age of 80, making up a very big part of the Finnish population of just 5.5 million. 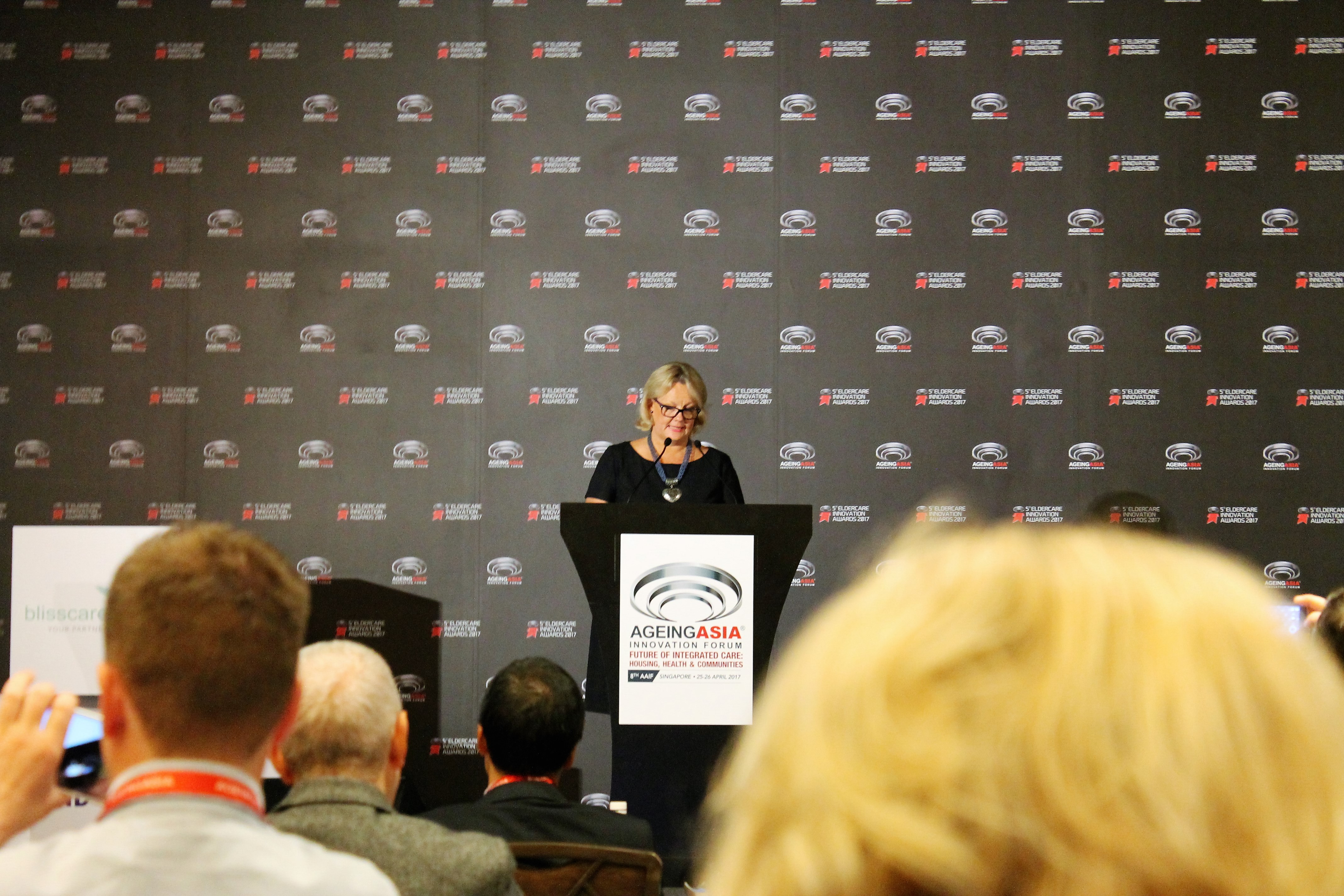 Paula Parviainen, Ambassador of Finland to Singapore, among the speakers at the opening of AAIF2017, said: “Ageing is a proof of the success of humankind in improving people’s lives. On the other hand, an ageing population is seen as a challenge for a small nation. With shrinking workforce and rising costs for healthcare, the society has to change.”

For two full days, Finnish innovation was a focal point at the Marina Bay Sands. Minister Pirkko Mattila was accompanied by a delegation of 11 Finnish companies, who were presenting their innovations and services to Singapore’s health sector decision makers under the theme of ‘How to live to 100 with knowledge from Finland.’ 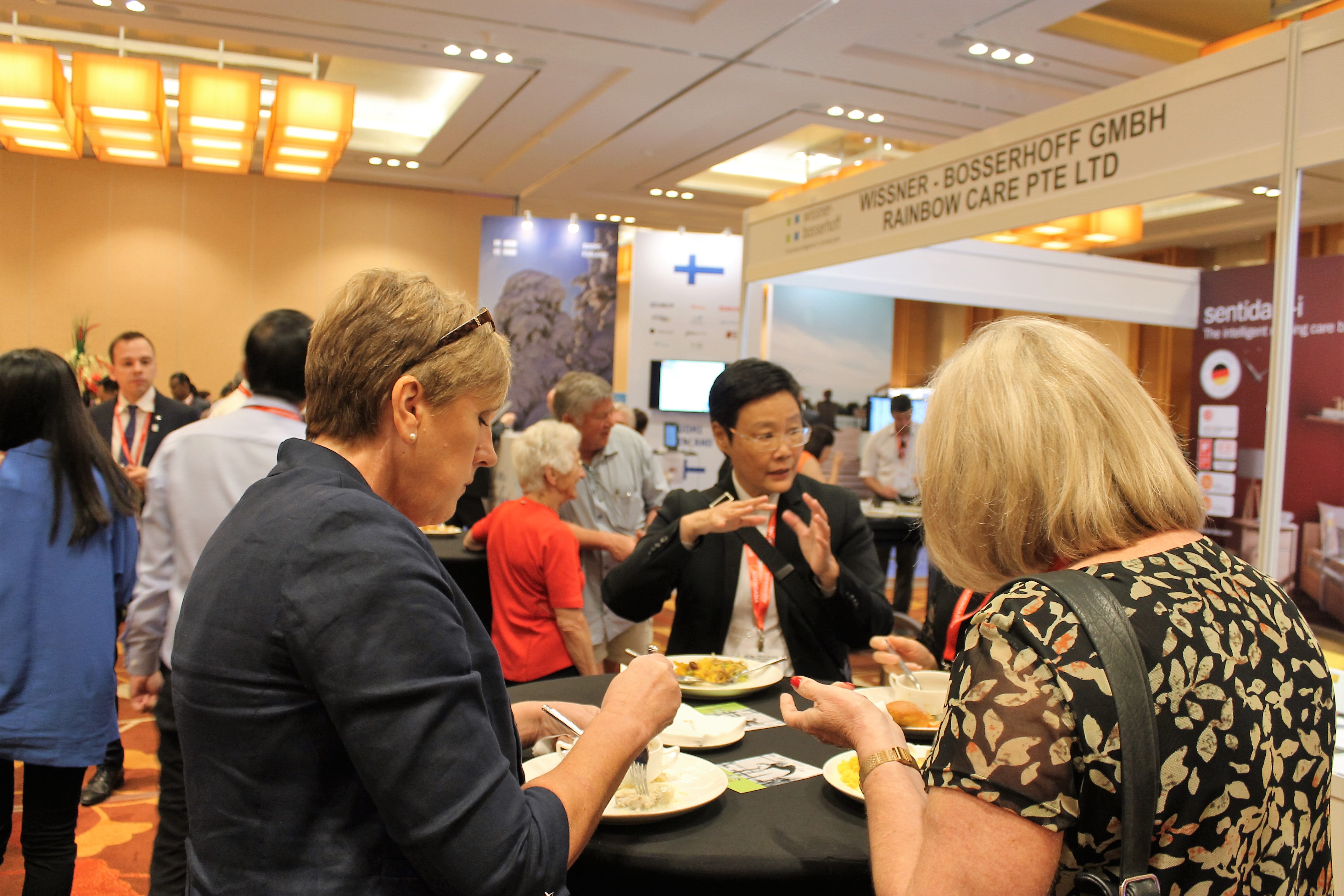 Finpro, a Finnish organization helping to promote Finnish businesses abroad and are partnering with SF100, were working hard to support the companies and innovators present at the Finnish pavilion, which stood out in the middle of the exhibition with Finnish colors and pictures of beautiful Finnish nature.

“Finland and Singapore share a very similar starting point in terms of their ageing population, and they have about the same population size. Both countries value high-level education and also represent a secure social and political living environment. They both have a great need for innovative and advanced healthcare solutions. There are many possibilities for cooperation,“ said SF100 in their press release.

The 11 companies were exhibiting five to six at a time, changing from day one to day two, giving visitors an opportunity to hear about a variety of Finnish solutions to the many problems that countries all over the world are facing with an ageing population. 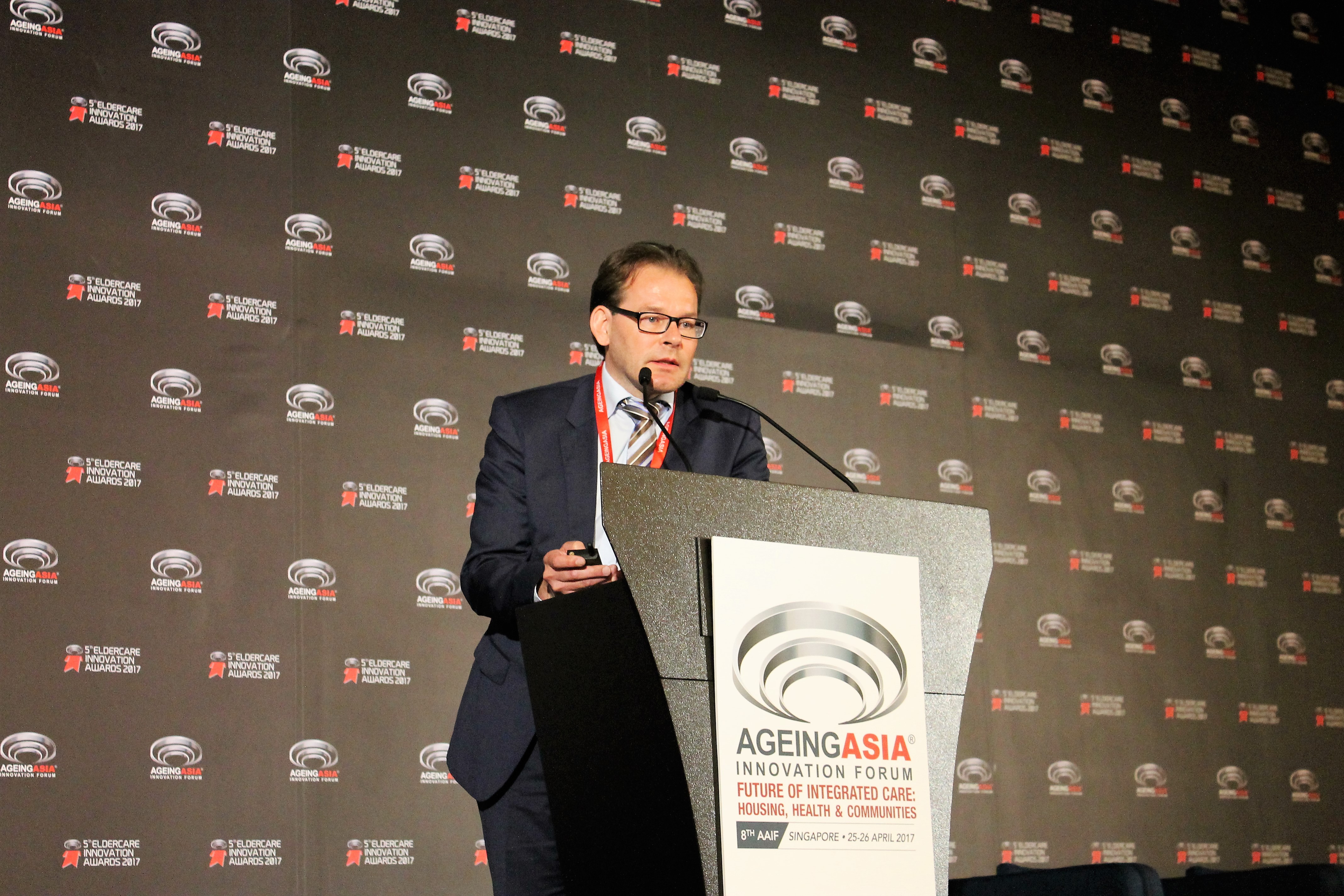 Diabetes was highlighted several times as one of the major burdens of old age.

Finnish Professor Arto Hautala held a presentation at the Marina Bay Sands about diabetes. His focus was on new approaches on how to manage type 2 diabetes as he talked about the role of prevention and exercise as medicine to better the big problem that diabetes is when in comes to healthy ageing.

One of the critical things to solve the diabetes problem is living a healthy life. But according to Professor Hautala it is not as it is made out to be. He experiences that exercise and healthy diet is often just talk and there need to be more focus on how it happens in practise.

“I think diabetes should be treated with very individual approaches. I am very interested in how technology can help that in monitoring and giving individual feedback,” he says.

Most of all, Professor Hautala believes that early prevention is the key to stopping diabetes and believes that prevention through exercise should be started already as children are in school. He praises a Finnish government-supported project that targets putting at least one hour of exercise into the small children’s school day as a great move for a healthier elderly population in the future. 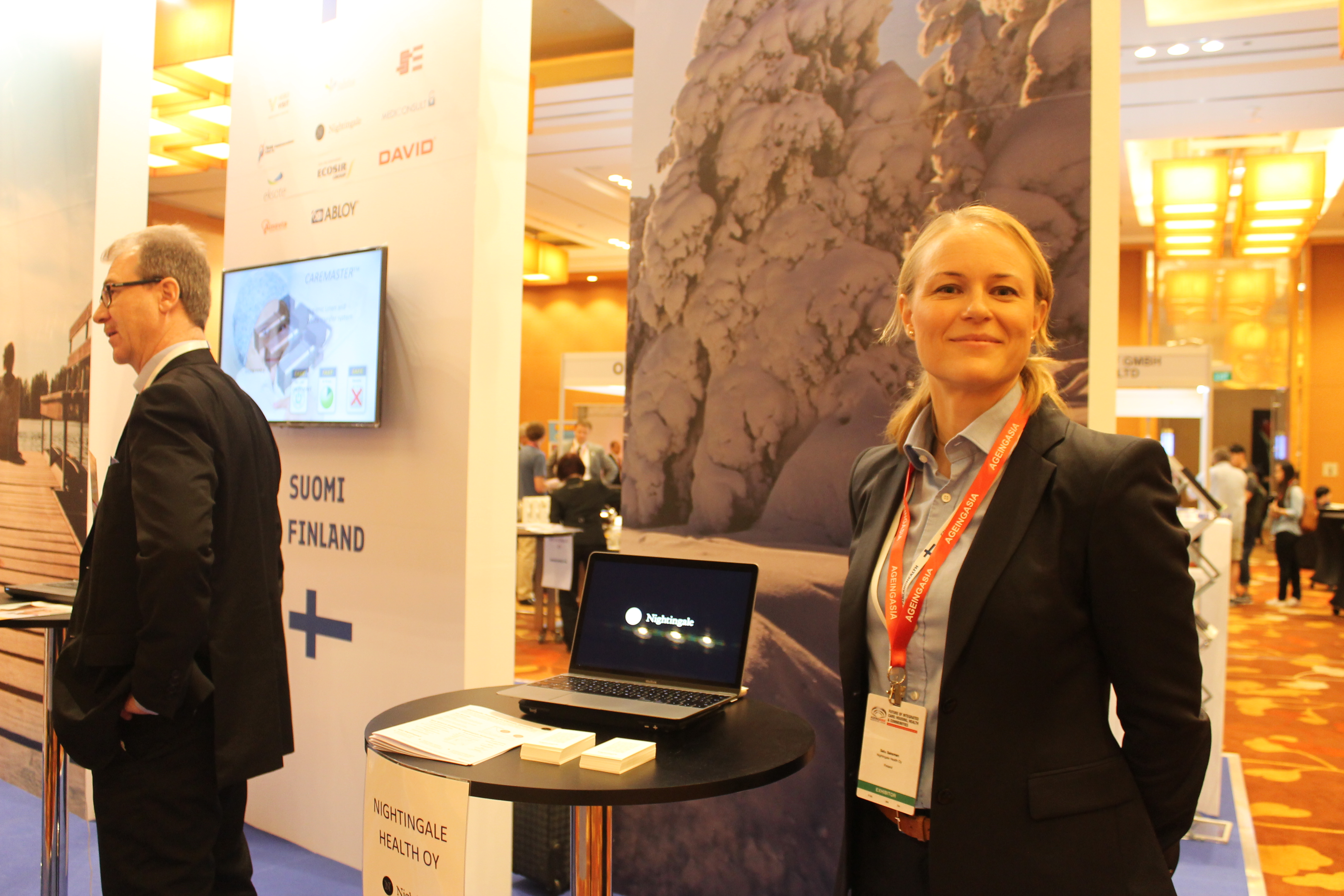 Nightingale, one of the companies from the Finnish delegation, have developed a method of detecting diabetes much earlier so it can be treated before it really becomes a problem and in that way contribute to a healthier life.

By revolutionizing blood testing, Nightingale can get a much more detailed analysis of the blood, which help predict and prevent chronic diseases, one of the world’s biggest health problems. But it can also help answer whether the treatment is really helping the patient.

“We talk so much about eating healthy and exercising to treat diabetes, but with our technology, they can see if it actually makes a difference. And then they can adjust the treatment accordingly,” says Satu Saksman, COO of Nightingale. 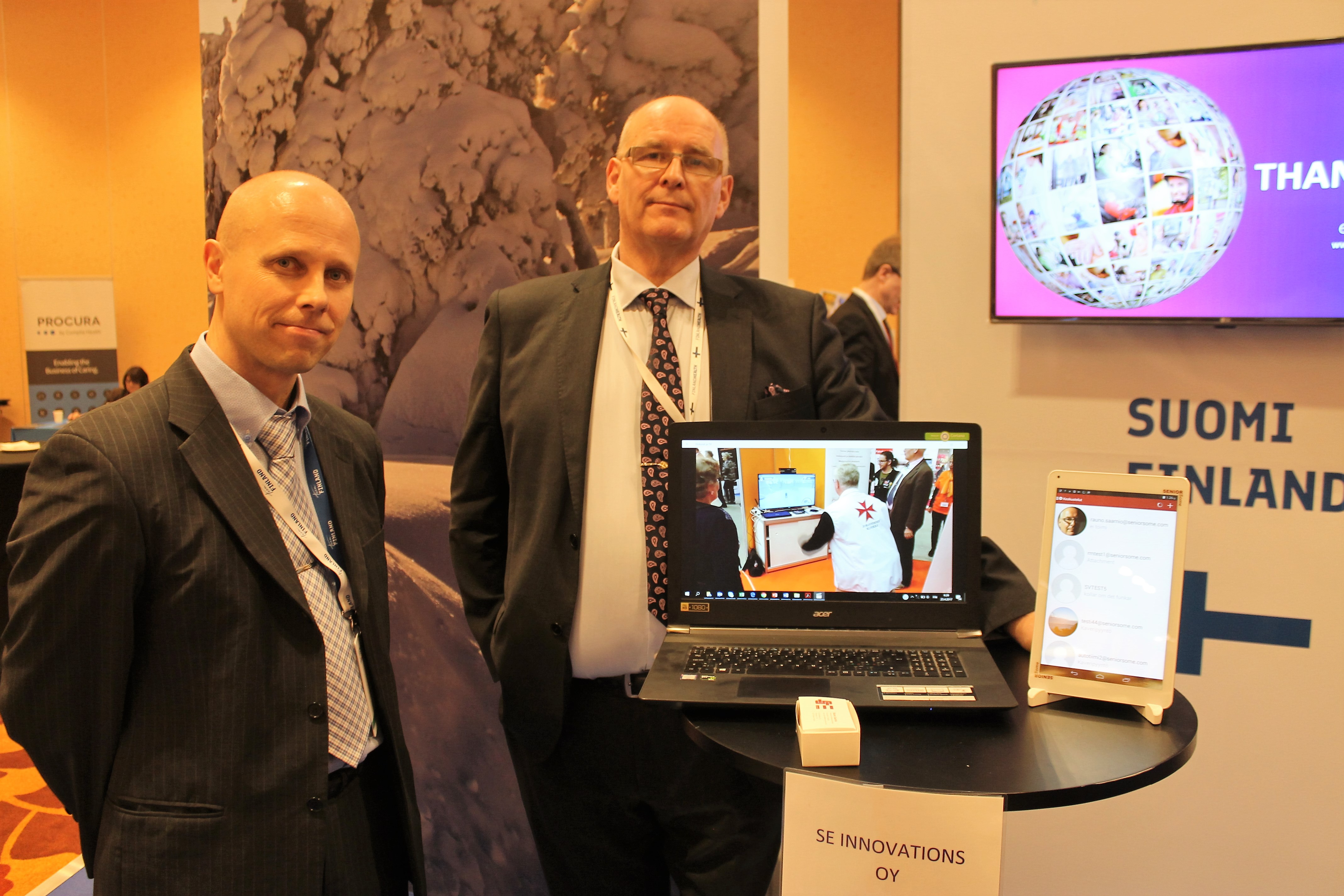 One company providing solutions for easier exercise for the elderly was SE Innovation, a developer of eco-systems to provide integrations for products and service development. One of the services is a game for elderly where they can exercise using their television. Meanwhile it also analyses their activity and can give feedback and can detect things as balance problem without wearing any equipment.

SE Innovations have already agreed to bring test beds to Singapore, but are focusing hard on developing their product so the elderly will not get bored of it. They hope that the game can be a way for elderly to explore places around the world, places they visited before or have always wanted to visit, such as a Finnish forest. 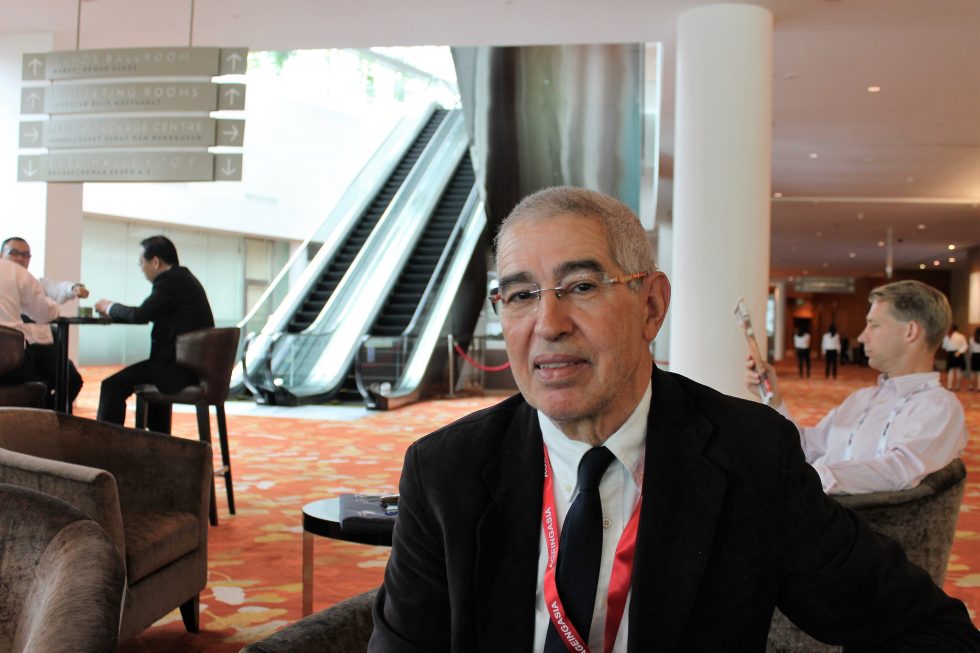 Among other speakers at the forum was also Dr Pierre Bouchelouche from Zealand University Hospital in Denmark. Being part of creating the World’s first mobile hospital lab to help the elderly and reduce hospitalisation. Having built a specialised van, a nurse from the hospital and a bioanalyst drives around and does medical checkups in the elderly’s home and in nursing homes.

Dr Bouchelouche argues that is puts a lot of stress on the elderly when they need to leave their house, and therefore many will not go for check-ups or visit their doctor before they can hardly even leave the home themselves. Then the doctor has no other choice than to send an ambulance and have them admitted to the hospital, which in the end is much more expensive than sending a nurse out with a mobile hospital lab and treating the problem before it becomes too serious.

“They are often just emitted for one night or less because when they come to the hospital they find that it is not something that needs to be treated in a hospital. So they’re quickly sent back home,” says Pierre. 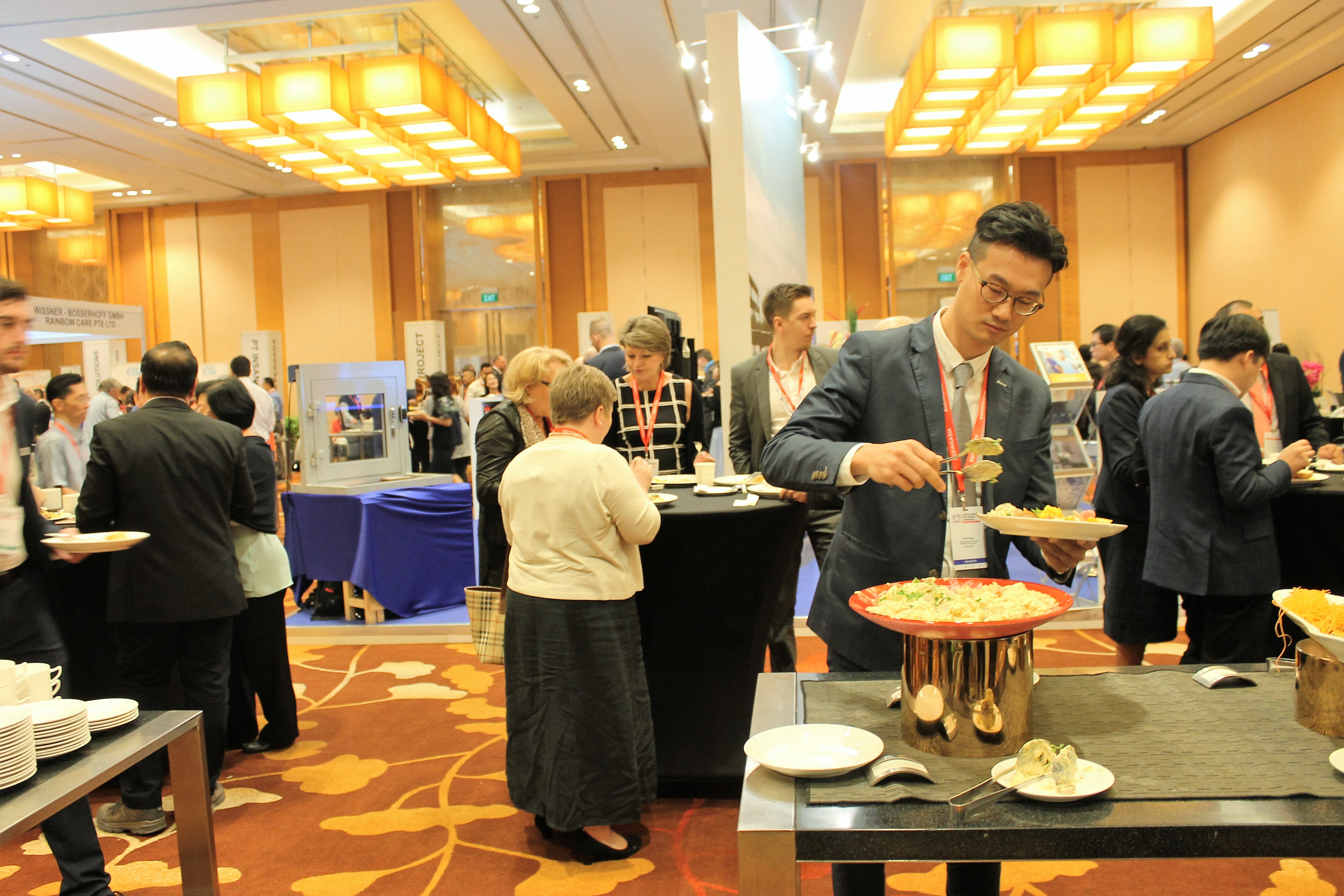 Some of the Finnish companies are also strongly promoting early prevention methods to ensure a better quality of life for the elderly.

Juhanna Ojala is a young innovator who has started a company with his father that allows elderly to have their health monitored from home. Their company VideoVisit has a virtual care team which can provide consolation and makes it possible for elderly to return faster to their home during rehabilitation. 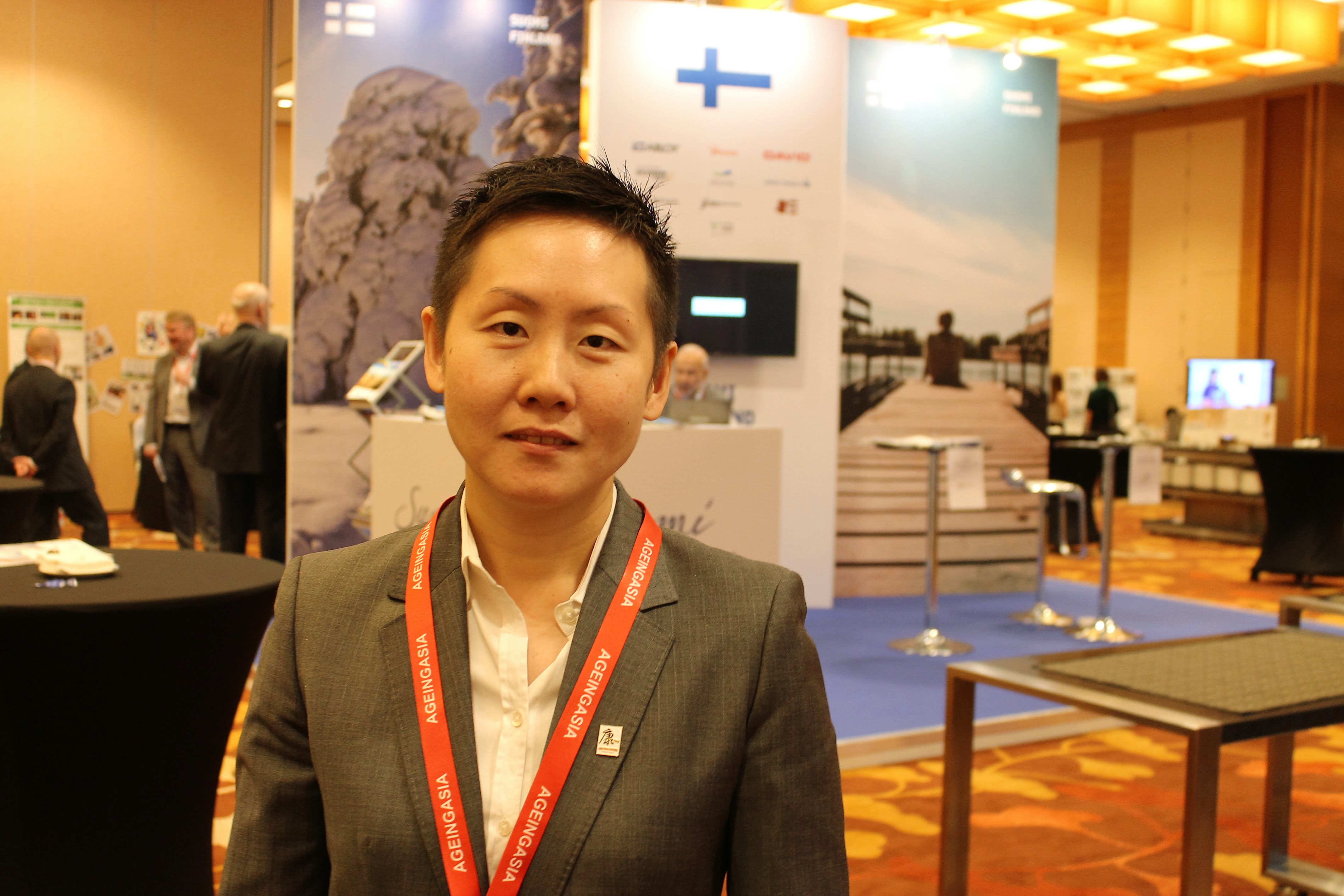 Janice Chia, Founder and Managing Director behind Ageing Asia, is very grateful for the Finnish support she has received from the Embassy of Finland in Singapore through several years and is happy to present some of the Finnish innovations.

“The best way to care for elderly is to support and enable them to do things, not to do things for them. We always want to do everything for them, but instead we should find ways to make them more independent,” says Chia. 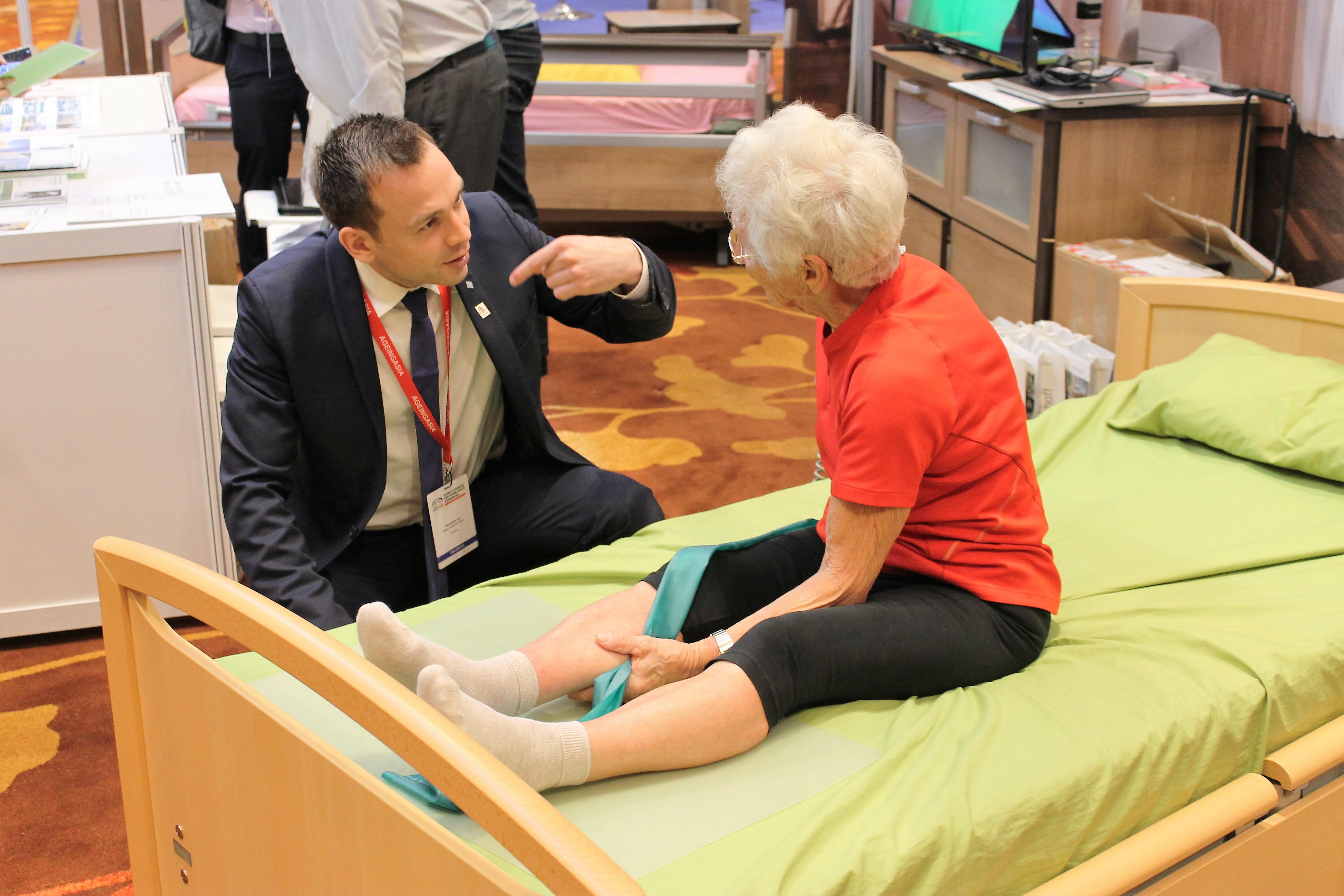 One solution to make the elderly more independent is presented by Nader Nada, CEO of Ainovia, a Finnish research development and innovation company. His company has developed a digital platform which provides a user friendly app for the elderly to help them find the right healthcare option and get personalized health management.

“There are so many care options, but it is difficult to create an overview of it. Our app allows elderly to make their own decision and find the solutions that is best for them,” says Nada. 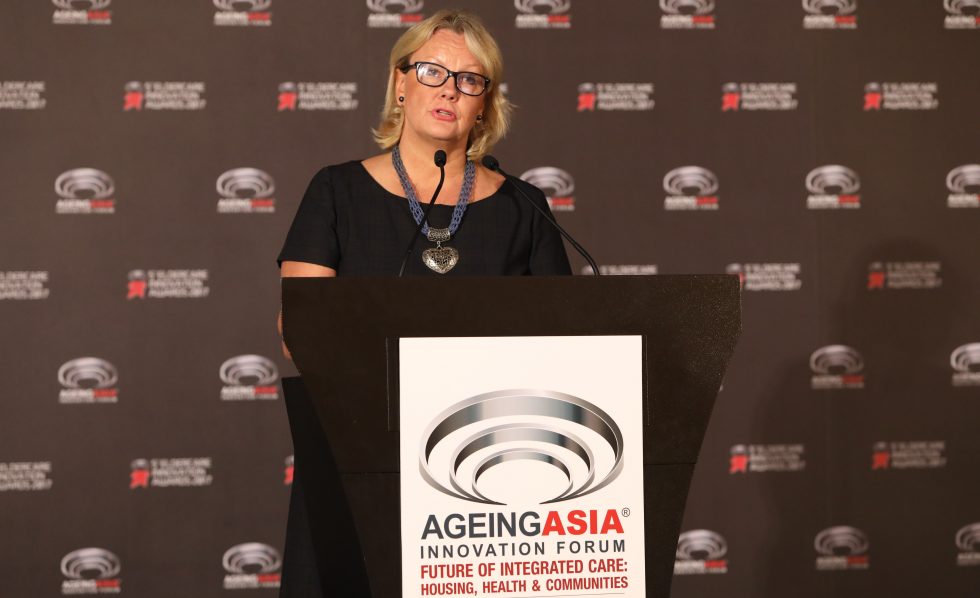 Many of the AAIF visitors were impressed and inspired by the Finnish delegation’s innovation and solutions and Ambassador Paula Parviainen hopes that Finland in the future can continue to be a part of Ageing Asia.

‘Ageing Asia is giving a good platform for Finnish companies to enter the Asian markets, we hope for more success stories this year and to raise awareness in what Finland can offer in the ageing care sector,” says the Ambassador. 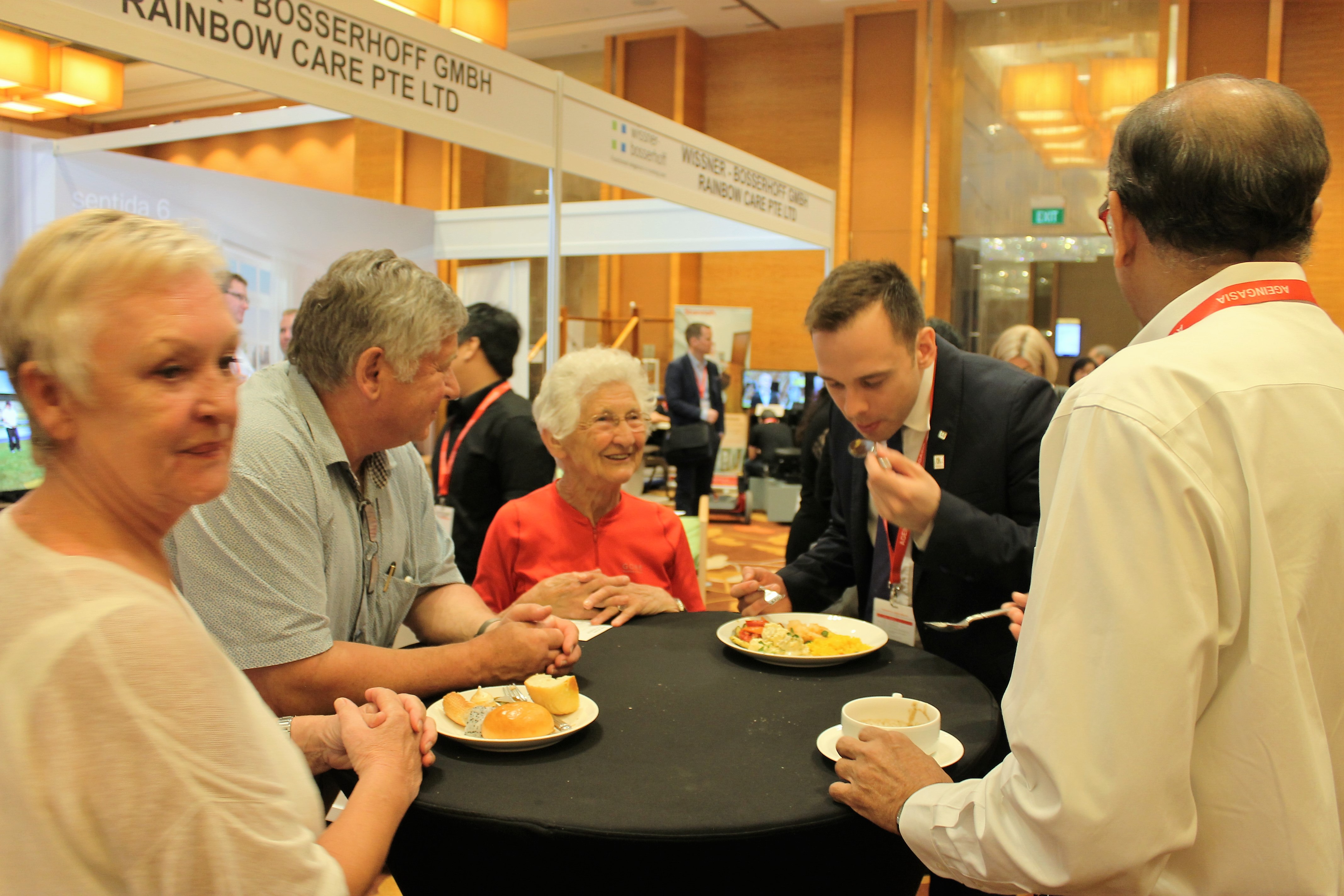 Mr Fredrik Lager has joined the Nordic bank Nordea as Head of Nordea Bank S.A, Singapore Branch. “After 11 years with SEB, I decided the time was right to take on new professional challenges. As of 1 April 2017, I am General Manager for Nordea’s private banking business in Asia, headquartered in Singapore,” the well-known…

Mr. Martin Vercouter, who is already know to many in the Chinese-Swedish business community, is as of 1 April 2017 the new General Manager for the Swedish Chamber of Commerce in China (Swedcham China), Beijing. He was recently an Anders Wall scholarship winner, based at the Swedcham Shanghai office for six month, and who has…