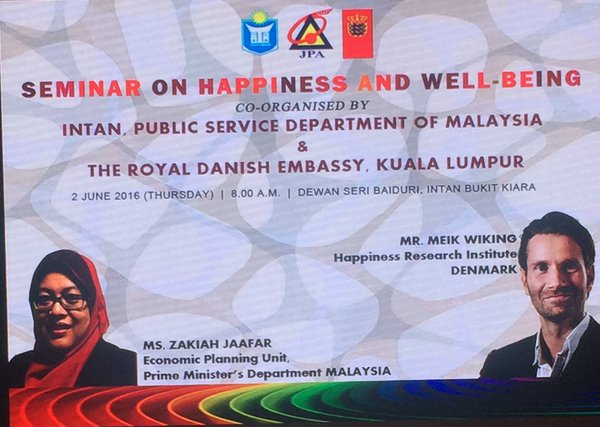 “Seminar on Happiness and Well-being” in Malaysia.

This year Denmark once again topped the World Happiness Report. A report published by the UN that measures and compares the life quality of 157 states. Denmark has been top of the class since a stream of different happiness indexes emerged in 2011. Denmark equals happiness. The tale of the Happy Danes is by now recognized broadly around the globe – and especially in Asia. Happiness has become a Danish super brand.

The tale has become a conscious way of branding Denmark in the global world. Tourism organizations, companies like Coca Cola and Carlsberg and the Danish Foreign Ministry strategically uses and prospers from this. The Happiness Research Institute, an independent Danish think tank, is one of the driving forces behind.

In 2014 the Institute published a note called “Danish Happiness is a Super Brand”, encouraging Danish politicians and businesses to use Danish Happiness as a frame narrative about Denmark, and making Danmark the global center for happiness suggesting an annual Global Happiness Forum to be held in Denmark.

A happiness craze in Asia

According to Wiking, many nations in Asia are looking at Denmark and the other Nordic countries for inspiration on how they could develop.

There might be something about it. The Asian interest for Denmark’s happiness is widely claimed by Danish officials in the region.

“If I ask people about Denmark, they know that we were ranked as the happiest people in the world. Here (In Hong Kong ed.) Denmark equals happiness,” Anita Vogel senior director at Skagen and vice chairman at the Danish Chamber of Commerce in Hong Kong recently told ScandAsia.

“International rankings are generally given a lot of attention in Malaysia. Which has no doubt fueled the media interest in why Denmark is ranked the happiest country. I was therefore not surprised when it came up again in a live TV-show that I was recently invited to take part in.” he says. 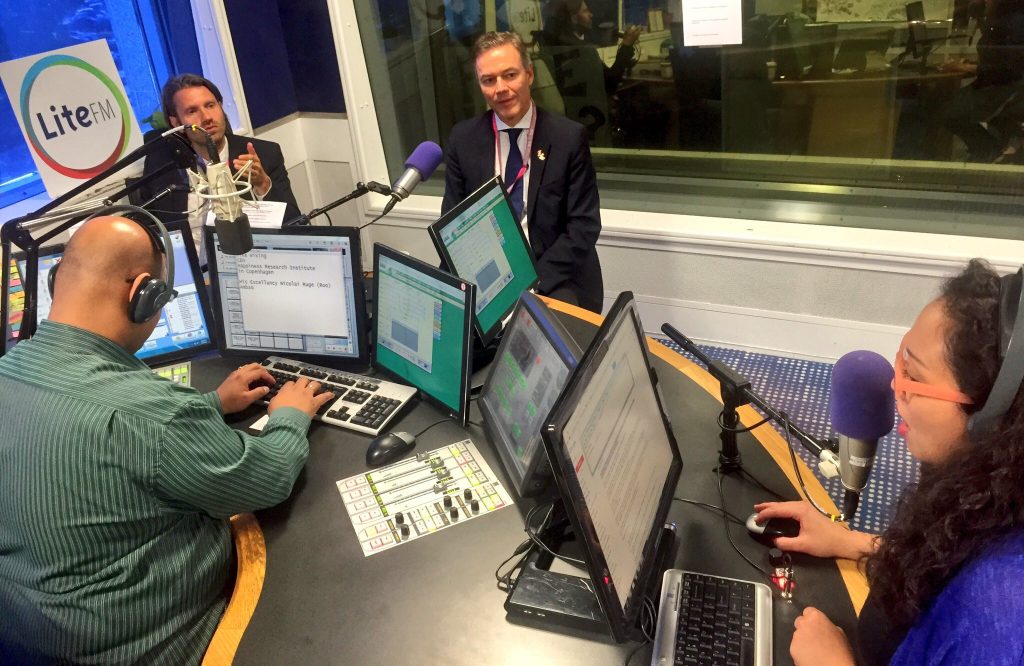 Ruge’s colleague in Bangkok, Mikael Hemniti Winther, reports of the same fascination of the happy Danes. He recalls “an overwhelming interest from students and lecturers” when he did a presentation on Danish happiness on Mathidol University some months ago.

“It seems like theres a great and genuine interest for the subject. I’ve already received more enquires about presentations,” he says. Wiking and Winther were also both interviewed toThai-media, when the event took off at the Danish Embassy on May 31.

During his trip, Wiking got the chance to talk about happiness in several Asian media, as he notched a role as the key-note speaker for a large international conference in Kuala Lumpur later this year.

The happiness round trip

The different events had slightly different agendas. But they all shared ambitions to go beyond just presenting Denmark as a post card image of happiness.

In Thailand the event was held in collaboration with the Finnish embassy and the pivotal point was the Nordic model of society and how things works differently in Denmark and Finland compared to Thailand. Meik Wiking gave a talk about the reasons why Nordic countries always ranks high in indexes and a talk by Dr. Kongkiti Phusavat who is professor at Kasetsart University i Bangkok about Finish education.

In Singapore, the embassy hosted a Happiness Seminar at Singapore Management University, where Meik Wiking was invited to engage in a discussion on why some people and nations are happier than others, and what we can learn from each other. There was also a talk by Senior Research Fellow Tan Tarn How from National University of Singapore who gave a speech on how Singapore’s education system could benefit from more happiness in order to make the students “flourish” and not just do well in PISA. The two talks were followed by a panel debate with many questions and remarks from an audience of 150 students, government officials, teachers, employees and employers. This is not least due to Singapore’s growing interest in improving its citizens’ well-being and work-life balance.

Malaysia loves indexes and has true to form introduced its own Malaysian Wellbeing Index. Achieving and measuring happiness therefore took centre-stage when Meik Wiking debated with the Director of Macroeconomics in the Prime Minister’s Office at a public event in the National Institute of Public Administration.

The subject of happiness has raised increasing interest in recent years as well as been put on the political agenda internationally.

“More nations recognizes that economical growth alone doesn’t generates happiness in the population. So more nations has begun to search for more and different ways to improve the living conditions of their people.”

In the beginning of this decade this thought has spread and is now globally accepted.

The happiness rankings and happiness institutes tough are often met with critics and skepticism because happiness is an abstract and individual concept. It’s hard to get ones head around how happiness measured and which factors that causes happiness. Danish Happiness needs some explanation.

“We wanted to share our knowledge about happiness with the Thais, partly explaining how happiness is measured and how you compare happiness between significantly different countries,” Winther says.

The UN’s World Happiness Report, which is the one most commonly referred to, explains happiness by six variables; GDP per capita, social support, healthy life expectancy, freedom to make life choices, generosity and trust or absence of corruption, as explained by the publicly perceived absence of corruption in government and business.

In total Denmark gets the highest score on these six variables, which makes Denmark the happiest country in the world. 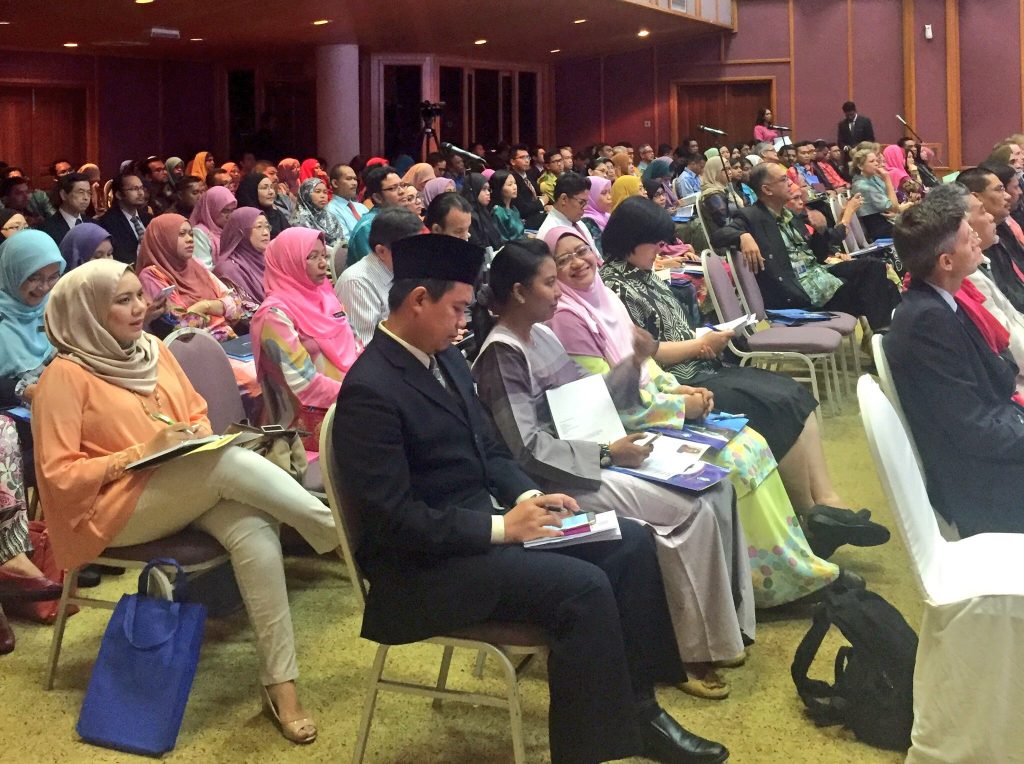 Audience at the Happiness-seminar in Kuala Lumpur, Malaysia.

The reasons behind the Danish happiness one can only have conjunctions about, but it seems there’s a prevailing consensus that the strong Danish welfare state is one of the main factors.

“We wanted to transmit some of the factors that plays a positive role to Denmark’s high happiness score, among other things welfare, health and education all contributes to a high standard of living”.

In the 2014-note written by the Happiness Institute they concluded:

“Our ability to create innovation of products and society design with the purpose to secure quality of life for the public can be Denmark’s must important export in the future”.

The Danish position is undoubtedly unique and it seems there’s a generel interest sparkled for this tale in Asia, so how can Denmark take advantages from this? How can one export happiness? ScandAsia asked the three ambassadors.

“The stories about Denmark as the happiest nation is a very useful tool when branding Denmark and thereby draw attention to our products and our country as destination for tourism and investments. It’s a very conscious strategy for the Foreign Ministry and for the embassies around the world to link those things with the public diplomacy’s different instruments,” Winther says and adds that he has told the Thai government that Denmark are open to share its experiences on democracy, public involvement, freedom of press, human rights and focus on the individual in order for the government to succeed with their “bring happiness back to the people”-campaign.

In Malaysia the Embassy are not using the “Happy Danes”-brand in their daily work with export and trade, but it’s used in the public diplomacy and the work to promoted Denmark and the Danish reputation in the long run.

Denmark’s Ambassador to Singapore, Berit Basse observes, “As research has shown that 40 per cent of our well-being is determined by our daily activities, 50 per cent by our genes, and only 10 per cent by our circumstances, happiness is to a certain extent a matter of choice and mindset. Danish society has successfully enabled individuals to develop and flourish by fostering a culture and framework conditions that allow for influence and fulfilment in peoples’ personal and professional lives. I hope this can be of inspiration to Singapore.”

Meik Wikings tour was from 31 May to 3 June. 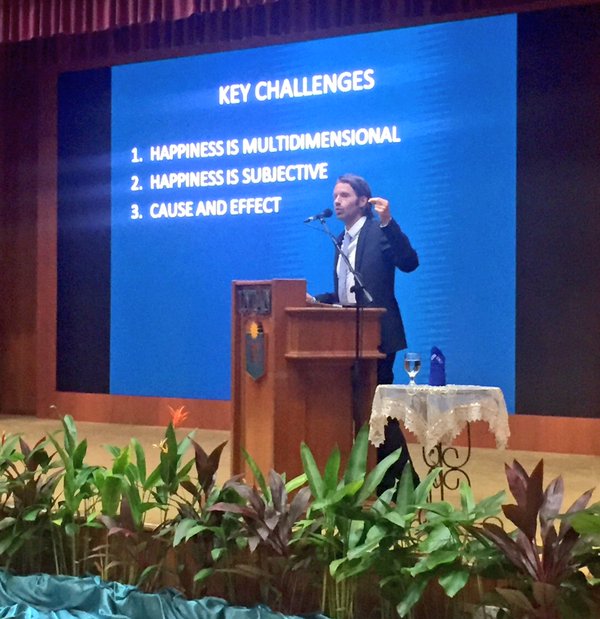 When China Joy conference and expo, the biggest game event in China, takes place on 27-31 July in Shanghai, Finnish Koukoi Games‘ localised version of Crashing Season, Crazy Animal Season is set to be unveiled. The Finnish games has partnered with publisher MyGamez to bring its debut mobile title Crashing Season to the lucrative Chinese…