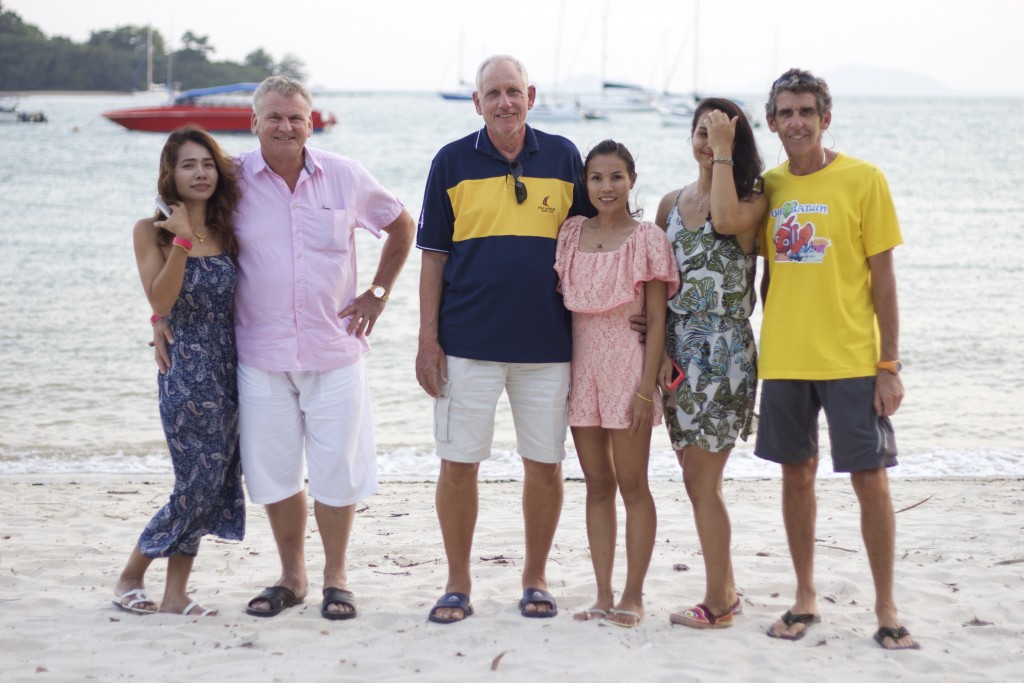 Niels Degenkolw in the middle, flanked by his crew (Photo: Frederik Sonne)

Culture bearer and 18 times attendee at the Bay Regatta, Niels Degenkolw, is rather unsatisfied with this years competition.

On 17th-21st February the annual boat race was touring around the Phuket and Krabi Islands. One regatta racing in the top category, the Racing Class, was captained by the Danish skipper, Niels Degenkolw, and also included Danish Consul in Phuket, Søren Nutzhorn Hede, among the crew.

Niels Degenkolw and Søren Nutzhorn Hede settled with a 4th place in a group of 6 boats.

“This was acceptable”, skipper, Niels Degenkolw tells, as there were a big difference on the size of the boats, but “the way the Bay Regatta was executed was far from acceptable,” he adds.

Simon James, the organizer behind the race, assured the contestants that he would adjust the results after boat sizes, as the differences were too extensive, meaning that their starting point or handicap is different.

A very important statement for Niels Degenkolw and the main reason why he accepted to attend in the Racing Class even though he had to race against bigger boats, as the race would be unfair if they did not, he states.

Only problem was that the results were not adjusted, according to the Danish Skipper and well experienced Bay Regatta contender. And this is a serious matter for Niels Degenkolw.

“I’m in the Bay Regatta to race, not to party or relax. When the race is not fairly based for all, I’ll reconsider if I’m attending next year,” he threatens.

Simon James, head organizer of the race and CEO of Regattas Asia, understands Niels Degenkolws problem, but stands by that the promised adjustment was followed.