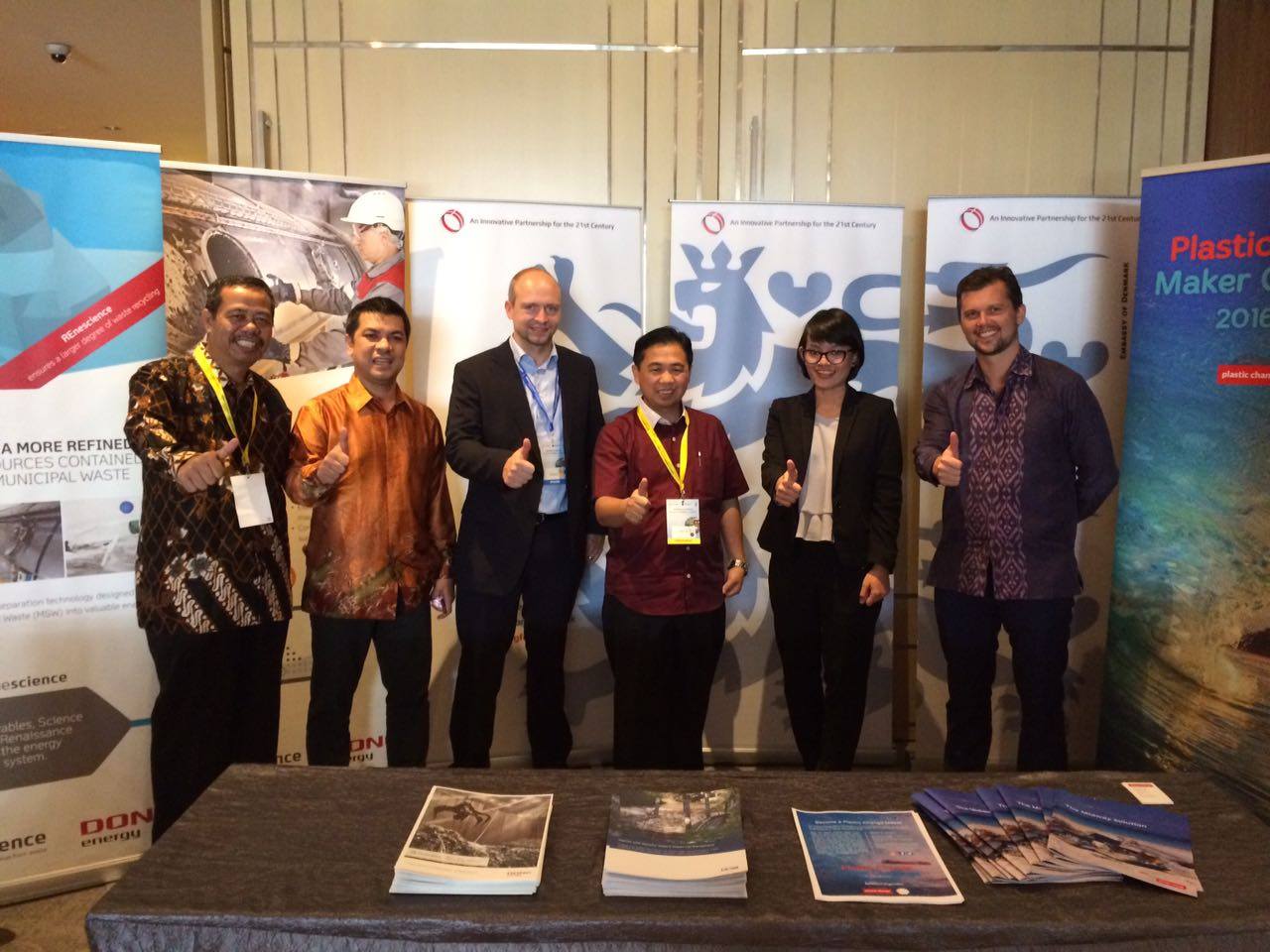 At the start of November 2016 a Danish waste delegation has visited Indonesia.

After the visit to the landfill, the delegation continued to the Clean Energy Information Center, Lintas. The Danish companies discussed waste management and Waste-to-Energy with Indonesian private sector and government representatives. 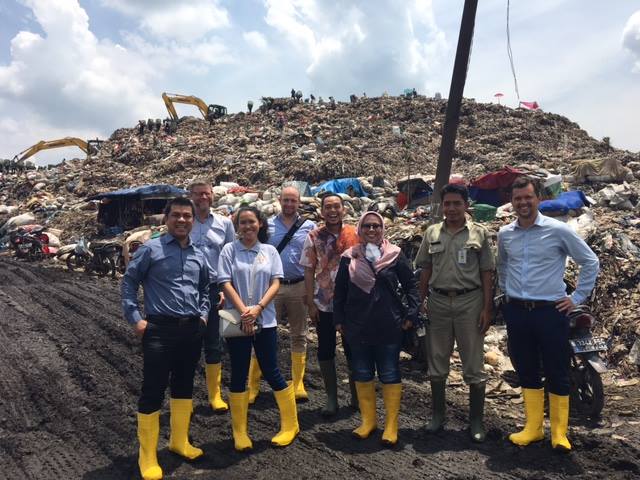 Globally, 80% of plastics leakage into coastal and marine environments comes from land-based sources. It is predicted that there will be more plastics than fish in the oceans in 2050 if the current leakages continues. 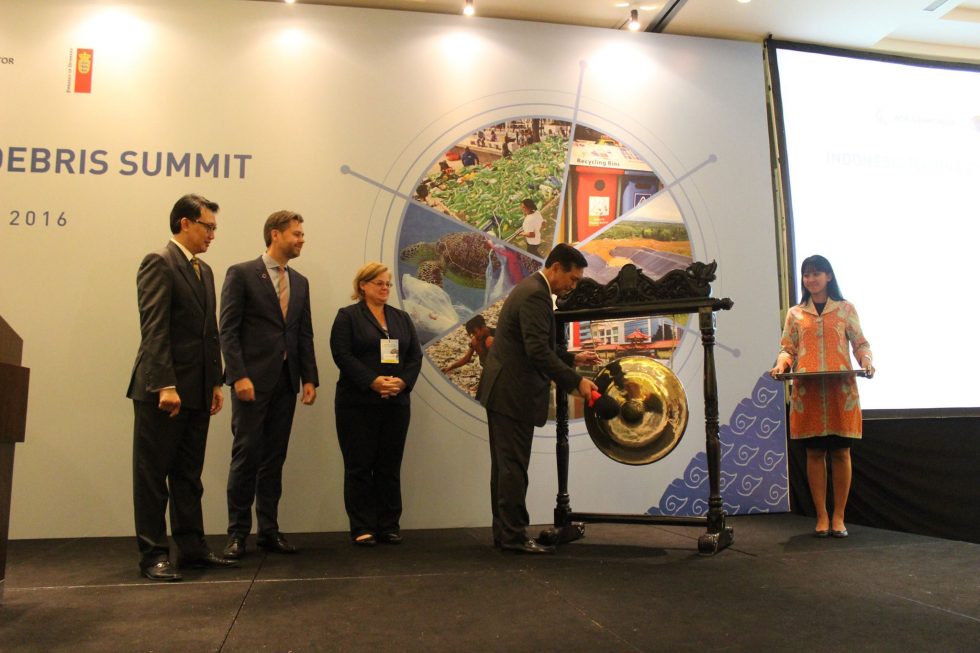 The summit was hosted by the Coordinating Ministry of Maritime Affairs, in close partnership with the Danish Embassy and the World Bank.

The second day of the summit focused on solutions. Global calculations estimate that Indonesia may be leaking upwards of 1.29 million tons of plastics into the ocean every year; positioning the country as one of the world’s main contributors to ocean plastics pollution alongside China, the Philippines and Vietnam. It has been calculated that if these countries reduced their plastics pollution leakage into coastal and marine environments by 65%, it would translate to an almost 45% reduction in plastics flowing into the world’s oceans.

The Danish companies, Babcock & Wilcox Vølund A/S, DONG Energy, Ramboll and DESMI Ro-Clean shared experiences and technologies on how to improve waste management at the summit. 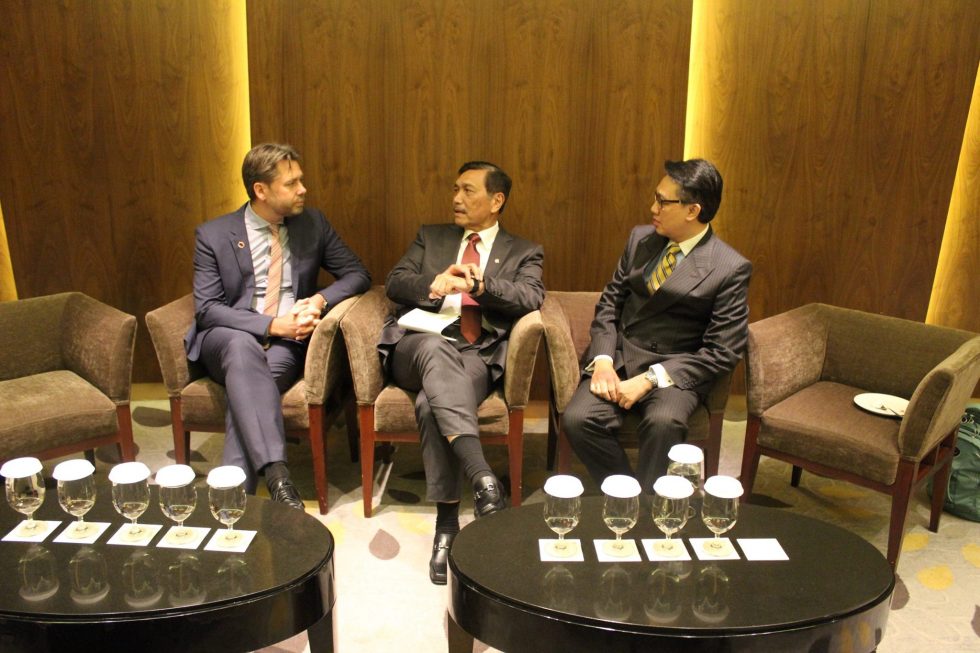 At the end of the summit, the Coordinating Ministry of Maritime Affairs announced a roadmap for developing a National Action Plan to address Indonesia’s ocean plastics challenge to be delivered at the World Oceans Summit in Bali in February 2017.