On Saturday 22 October 22 2016, the Danish Chamber of Commerce in Shanghai hosted the 10th Business Person of the Year and Entrepreneur of the Year award ceremony and gala ball on behalf of the Danish Chambers in Beijing, Shanghai and Hong Kong. The party, held at the Grand Kempinski Hotel, attracted more than 200 guests, among which were A. Carsten Damsgaard, Ambassador of Denmark to China, and Nicolai Prytz, Consul General of Denmark to Shanghai. 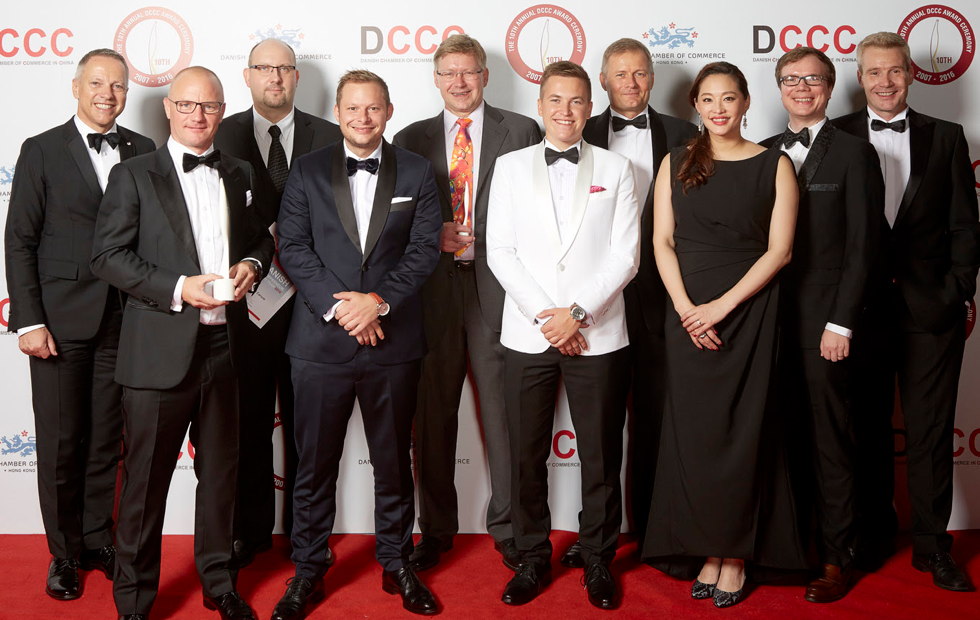 All Winners and Candidates 2016 together with A. Carsten Damsgaard, Ambassador of Denmark to China, Nicolai Prytz, Consul General of Denmark to Shanghai and Emil Hauch Jensen, Chairman of DCCC Shanghai

Allan Sand, Sand Future, was awarded Business Person of the Year 2016. In 2005, Allan Sand founded Sand Future, a manufacturer of consumer high-pressure washers for worldwide power tool brands that value innovation and quality. Today, he is the sole owner of this supplier quality award winning company with a capacity of more than 500,000 units of consumer high-pressure washers per year.

Allan has seen numerous challenges in China, including a problematic Joint Venture partnership and selling out the company too early, before buying back his “baby”. He went through a period of three golden years, followed by three low growth years, finally reaching a mature growth strategy with himself back in control.

The selection committee chose Allan Sand for his success in going through a complete business cycle, but also for his determination to stay on course, for his delegation of authority to his Chinese team, and for his continual inclusion of Danish values in his business conduct.

Steen Teisen, NordicSound Hearing Technology, was awarded Entrepreneur of the Year 2016. Steen Theisen is founder and co-owner of NordicSound, a high-value rehabilitation service provider for the hard of hearing that commercializes mainly Danish hearing aids and diagnostic medical devices for hearing measurements in China. It was carved out in 2015 from Widex Hearing Aid Shanghai, which Steen started in 1998. Today, NordicSound has 68 employees and is present all-over China.

Steen was selected as the Entrepreneur of the year 2016 due to his early exposure to China at a young age, his entrepreneurial spirit from the beginning and his alternative philosophy on implementing successful business practices in a Chinese setting. Steen has endured personal risks in the process of succeeding and has demonstrated above standard growth within his field. His abundant ability to sell products, which some might consider difficult to sell, is a result of his ingenuity and hard labour. 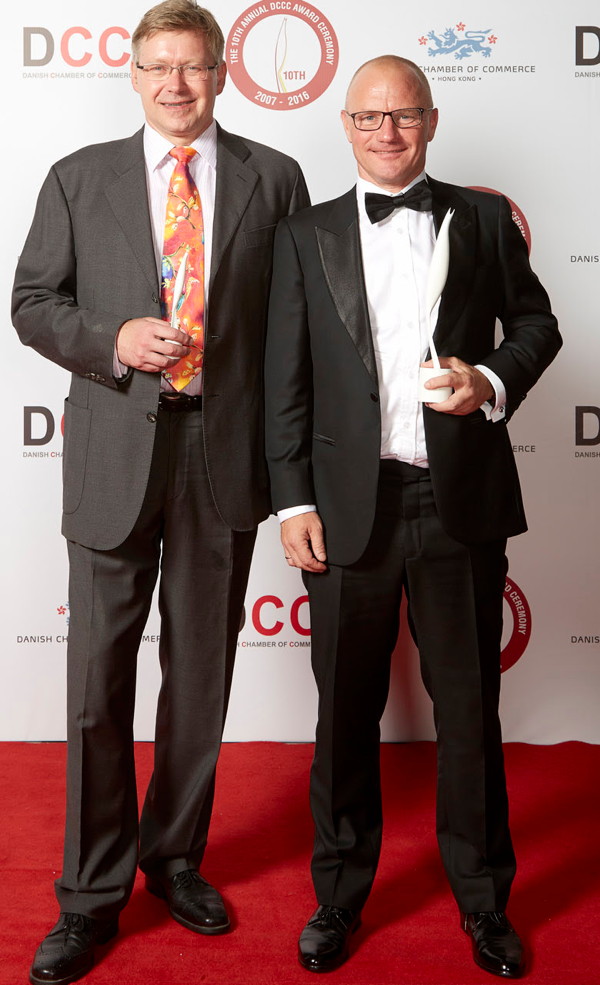 The award-winning Danish radio and TV hosts Esben Bjerre Hansen and Peter Falktoft alias Monte Carlo entertained the crowd with a long row of Danish jokes. After the dinner, Shanghai’s most popular dance band Studio 188 rocked the dance floor for another three hours, and thereafter the party continued with night buffet on the hotel’s top floor bar until early morning.