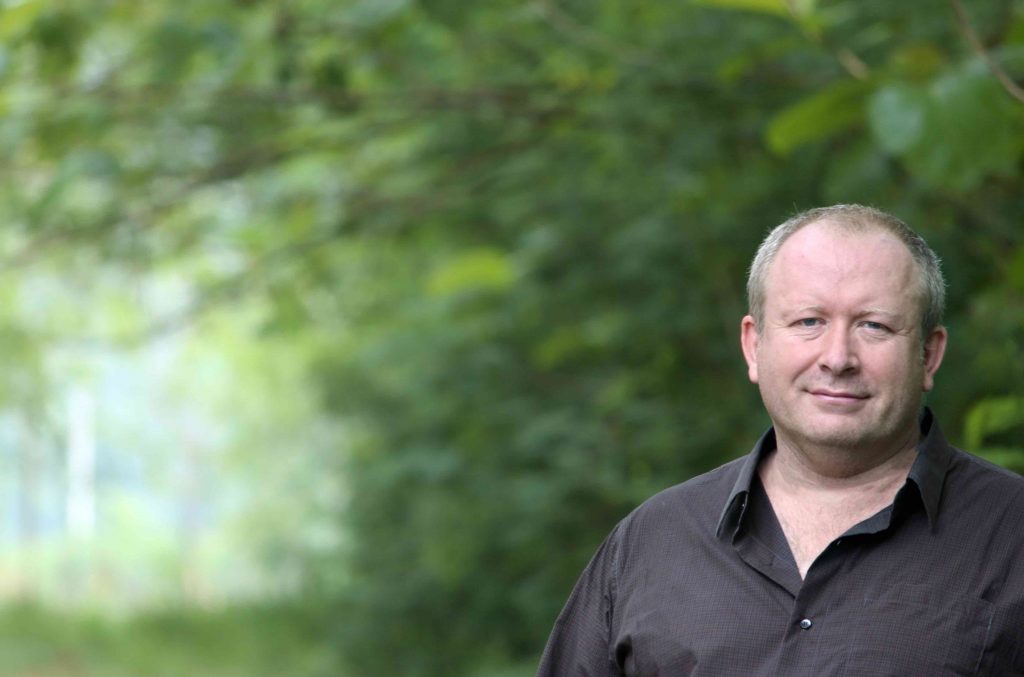 Danish designer Claus Boman has made a trademark out of navigating between the conflicting cultures of Scandinavian high-end design and the Chinese markets demands for efficiency and profit. He calls himself a diplomatic designer building the creative bridge between West and the East. With his one-man company, bomancreative, he has managed to make it in China.

“A designer in Denmark might have 2 years to evolve a chair, go through 18 prototypes before it’s done. In China you’ll get two weeks to design a restaurant and that’s including the chairs”, Claus Boman tells, pointing out differences in the two design cultures, in which his is rooted.

He came to Thailand in 2002 to have a break for his interior and commercial design firm in Denmark, Boman Design, that was running smoothly since 1992. Now he’s living through his 13th year as an expat in Thailand. “I came with a blonde and ended up with a brunette”, as he likes to say. In 2004, while employed at Concept i Design, he was introduced to the Chinese market for the first time. Since going solo in 2008 with bomancreatives he has clinged on to the Chinese market, which forms the majority of his clients.

“The chair you could design in Denmark is perfect, it’s pure quality, it’s art. In the East and China they don’t need that kind of quality. They want a chair to look new and they want it to be affordable to change them within a couple of years. A Chinese company might have 200 employees one day and in a couple of years that could have grown to 2500. Then there’s no need buying Werner-chairs 20.000 DKK a piece”, he explains.

In spite of his talk about chairs Claus Boman, as a commercial interior designer, mostly manage design tasks of a more sizable proportion on the China market. Currently he has 3 kids club, a mall renovation, a new mall and a wedding platform on his table for China. Another reason why he personally enjoys working in the East:

“You would just never get the chance to design and build a shopping mall in Denmark in a million years, unless you have a highly famous brand”. Claus Boman’s pen has been part of the drawing and designing of 10 malls, while living in Asia. “I would never get near that kind of tasks in Denmark. Only the triple-A design offices do”, he tells. 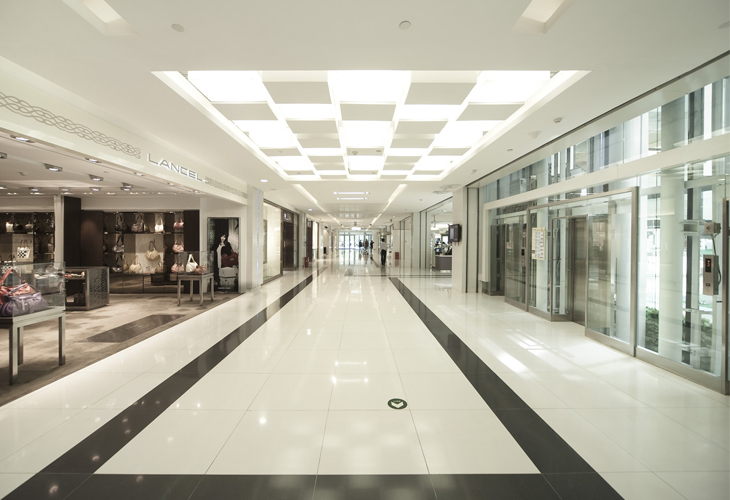 Mykal Department Store in Harbin, China for Concept I, designed by Claus Boman.

The different demands to quality doesn’t signify that the Chinese “just don’t care”. It’s a matter of priorities, Claus Boman tells. Chinese are, not surprisingly, very fixated on profit and that means that the designer should be as well. As he says: “It’s not adequate to draw something beautiful, someones got to make some money”.

“Commercial interior is not about designing aesthetically correct only. You have to create a profit for the client. When designing a shopping mall for example, if you can succeed in expanding the tenant space with 5 percent without compromising the halls and the public areas, then it means 5 percent more rental income for the owner”, Claus Boman explains. Another example:

“If you reduce the constructing time for retail store in Hong Kong just by a week, that might mean some million bahts are saved, because the rent is so extreme in Hong Kong. Often I see my design fee recouped for the client before the task is completed. This only happens when you bear the client’s budget in mind”. He says and states that such results might eventually make the client come back for more and of course that’s good for his budget.

But how do you reduce constructing time without compromising?

“Well good design is not necessarily expensive or design done over a longer time. Good design just have to be thought through. Here’s an example: an insurance company demanded one of my clients to change his panes from toughened to laminated glass. This meant he had to close his retail two weeks or so. Then I came up with the idea to put film on the glass and that saved him two weeks constructing and production costs”.

The conscious of economy is also very clear when you take a closer look at bomancreatives. Claus Boman himself is the only employee at the company, that doesn’t say he throws together a shopping mall alone. The company is driven as a consultant basis, which means Claus Boman uses different teams depending on the task.

“If I need some extra power, then I’ll hire consultants myself on the same principles as I’m hired on. I usually work with the same teams from Shenzhen and Shanghai in China or Hyderabad in India. So far this way has been sufficient enough to make shopping malls on 100.000 sq.m. or a luxury watch retailer on 350 kvm. Actually the watch retailer took the longest”, Claus Boman explains.

This way of working also means that “bomancreatives” very seldomly will be glowing in neon whenever he does a project. Claus Boman often works on “white label”, which means some studios uses him under their name. So instead of selling his design as bomancreative it might be as MRD Group or Taipan depending on the collaborators.

“It’s funny when I manage some big teams based on my sketches that I very likely did on the corner of an old newspaper while having a noodle soup – it sounds crazy, but that’s actually how it is sometimes. If the project is big the studios provides a team of 50 people with retail experts, engineers and so on”, he tells “Usually that’s no need for that though”.

Navigating with the Chinese

As for Claus Boman he got in touch with the market through his employer, but since then he has done his best to hold on to former collaborators and nurse relationships with the clients he met. Many of the tasks he’s assigned to today are linked with his former tasks in that way. Yes, it’s simply working your network that counts but how?

“A good idea is learning to understand the different local traditions. When I travel I’ll always bring small but relevant presents”, Claus Boman suggests and adds:

“For instance, I’m traveling to Shanghai to present a Kids Club concept for a client and the theme is outer space. So I got eight t-shirt and hats printed with funny monsters on them as a surprise for the clients, when me and my colleagues presents the projects. It’s not about getting the most expensive gifts, but it’s about getting the right ones”. So originality one might put down and one might as well add perseverance.

“I always keep in touch with persons in my network, even though some of them might not have had any relevant projects for years”, Claus Boman says.

Let’s end on an anecdote. When Claus Boman was attending the Danish Design school back in the eighties, they would get the assignment to “design an armchair”. Two months later there would be 15 different models of armchairs in the room. During his years at Les Ateliers in Paris they would get another assignment to “design an object on which you can rest the body”. Two months later there might be one armchair, eight sculptures, four failures and two impressively innovative genius furnitures.

“That’s how I like to work still – I like to work unbiased, from the bottom. You have to take some hits now and then, but it also makes it possible to come up with completely new and innovative things. In China they are very bound to their traditions, but as a designer you sometimes has to follow your guts and I’m not afraid of that”, Claus Boman ends. 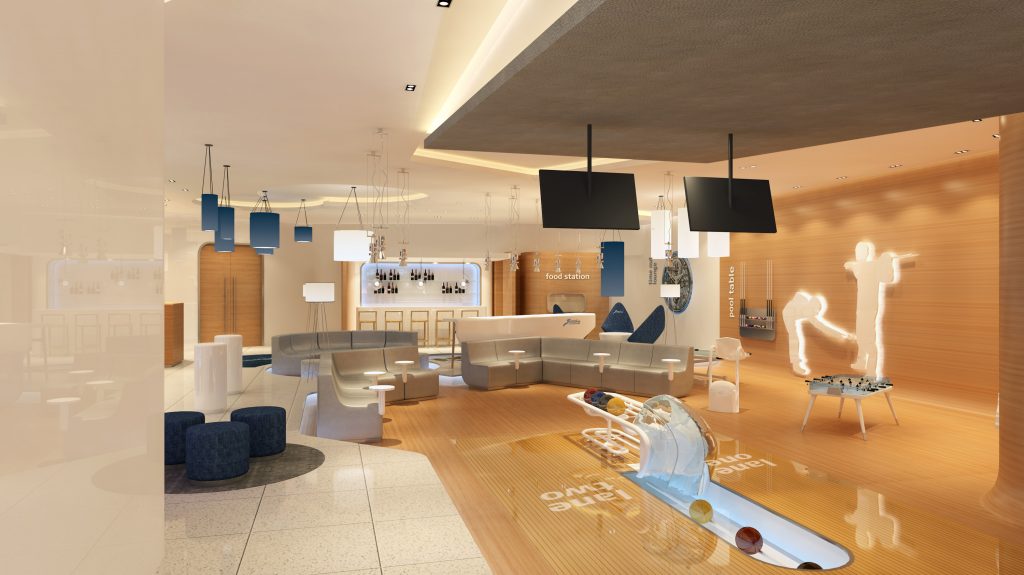 Example of one Claus Boman’s designs – a VIP Bowling Alley. One of his first projects when he came to Thailand was designing a bowling alley.