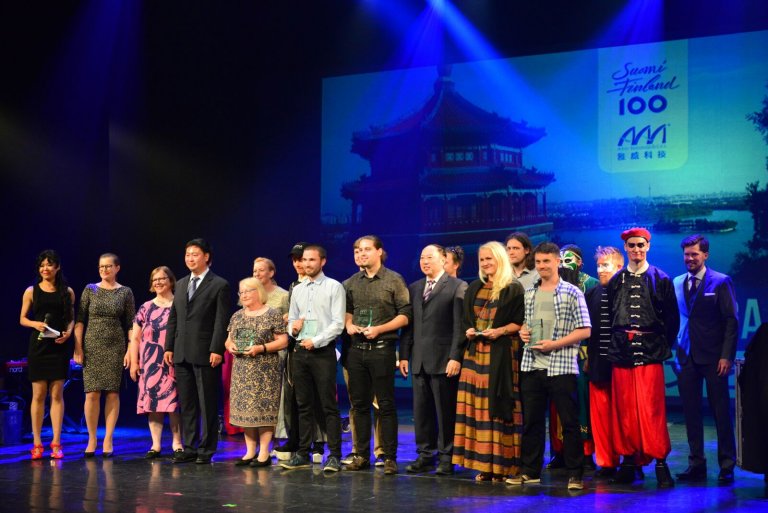 Five Finnish citizens and one local Beijing opera group were recognized for their notable contributions to China-Finland relations at a ceremony held in Helsinki on Saturday August 12. 2017.

As part of celebrations to mark the 100th anniversary of Finland’s independence, the awards acclaimed those who have studied in China and made great efforts to promote cooperation and communication on various fronts between the two countries.

Among them, well-known sinologist Annikki Arponen received the Lifetime Contribution Award for devoting many years to her China-Finland diplomatic career. She studied Chinese in Beijing during the 1970s and then worked at the Finnish Embassy in Beijing for more than 18 years. She also acted as the Finnish consul general in Hong Kong from 2010 to 2014.

Elsewhere, Wusheng Company was presented with the Arts and Culture Award for its perseverance in adapting and performing Beijing operas in the Finnish language.

During the ceremony, Chinese Ambassador to Finland Chen Li extended his gratitude to the contributors and spoke of his hope that friendship between the people of these two nations will continue to grow.

​The Finland-China Art and Culture Association and the Finnish Study-in-China Alumni Association jointly hosted the ceremony.