In the summer of 2013, the seven year old Mingus Lund threw at Coca Cola bottle with a postcard inside into the ocean by Geitskjæret on Nøtterøy near the town of Tønnsberg in Norway. The photo showed the famous cliff Prekestolen in Norway. On the other side of the card, Mingus wrote – with the help of his cousin:

“Hi, I am a seven year old boy. If you find this bottle, I hope you will reply to me.” And then the address of the hotel, where his family were staying and where they stay on vacation every summer.

Almost three years later, Mingus has now received a reply – from a bar owner on Serendipity Beach in Sihanoukville in Cambodia.

“Hi, My name is Cho Chum and I am 37 years old,” he writes – possible with the help of a tourist.

“I found your bottle while I was fishing outside Koh Rong. You card has been hanging in my bar since I found it. But some days ago, two Swedes translated it for me and told me where Norway is. The bottle has traveled a really long way. Yours Cho Chum and the address: Serendipity Beach, Sihanoukville, Cambodia.” 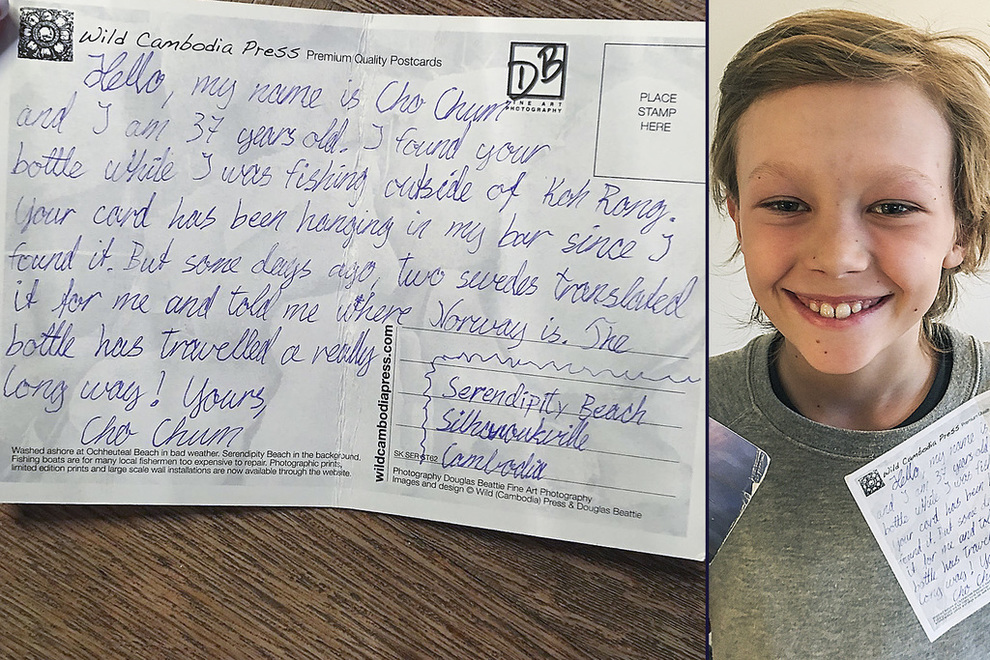 It is not known how long the postcard had been hanging on the wall in the bar in Sihanoukville before the two helpful Swedes noticed the famous cliff on the postcard.

“There are so many coincidences in this story that it becomes quite magic,” says Marte Stokstad to the Norwegian daily, VG, who found the news as a post on Marte Stokstad’s Facebook timeline and followed up on the story.

The big question is, how the Coca Cola bottle canme from Tønnsberg to Sihanoukville. Was it transported by the ocean streams? Or did it at one time enter a ballast water tank on a ship?

Marte Stokstad told VG that she is considering producing a  documentary about the bottle letter. She sees also an environmental perspective in the story.

“I have sent the name of the finder of the bottle to several bars on Serendipity beach,” she says.

“The aim is to go there with my son. Imagine walking into the bar in a surprise visit …”the bottle family from Norway”. It is almost absurd and would be great fun. We simply have to do this,” she laughs when she told VG about her plan.

Oceanographer Lars Asplin from the Norwegian Oceanographic Institute thinks the likelihood that the bottle should have traveled by the streams of the oceans up along the Norwegian West coast, through the North East passage and the Bering Strait into the Pacific Ocean, down along the coast of Japan, then East with the Kuroshio stream across the Pacific Ocean to North America, only to travel back West with the North Equatorial stream to finally enter the Gulf of Siam … is almost negligent.

He suspects the bottle went to Cambodia by air.

“You should never say never; the ways of the oceans are mysterious. But personally I believe a joker in Norway or Sweden found the bottle with the letter, then traveled on vacation to South East Asia and threw it into the ocean there,” Lars Asplin says to VG. 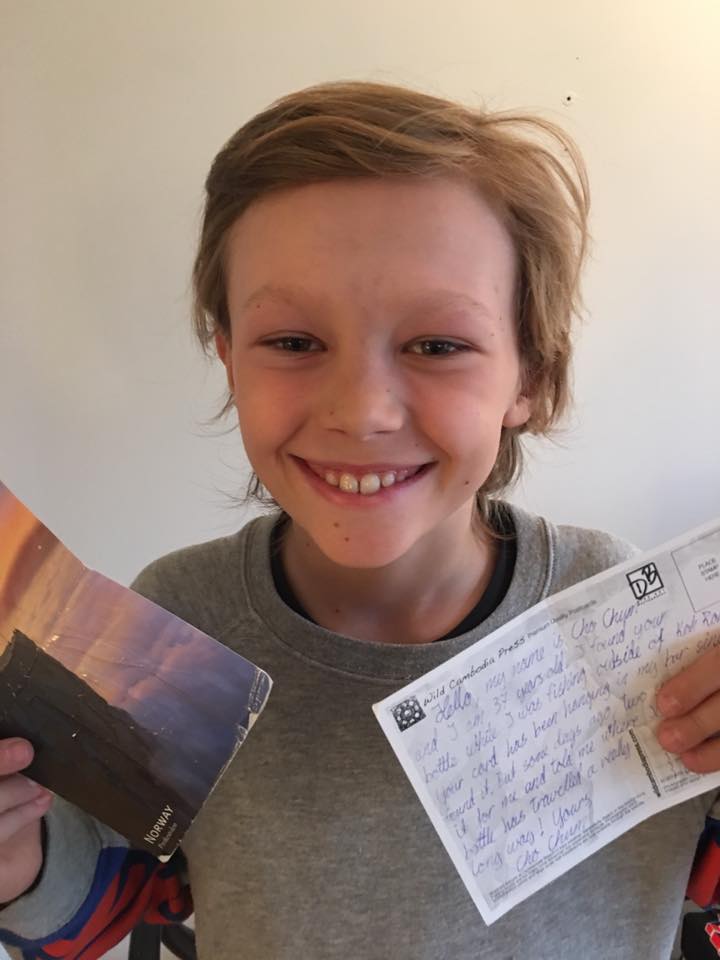 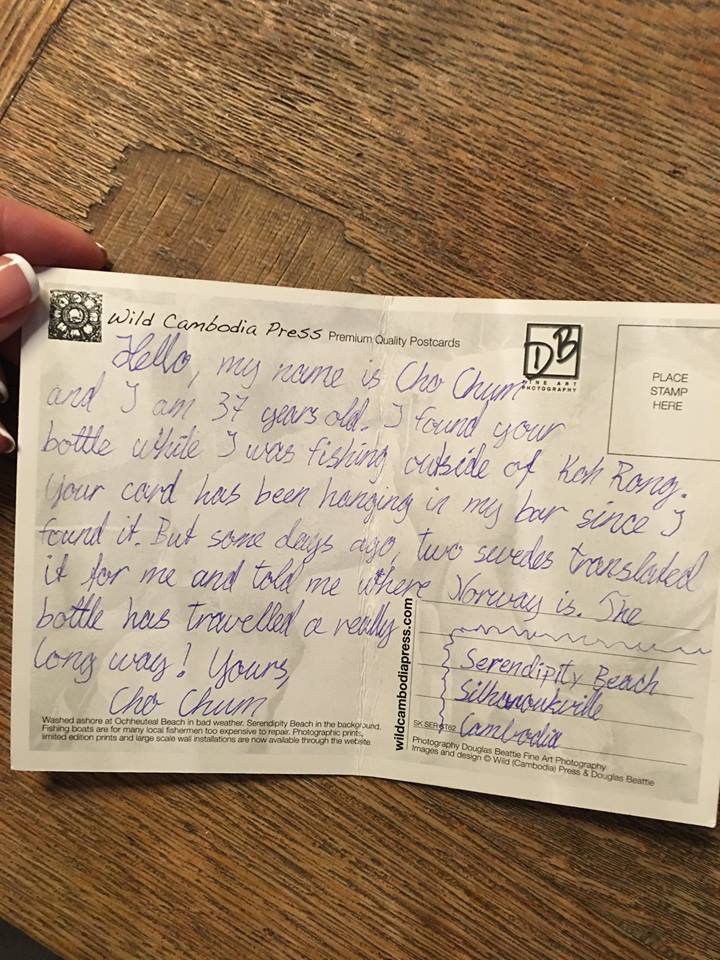 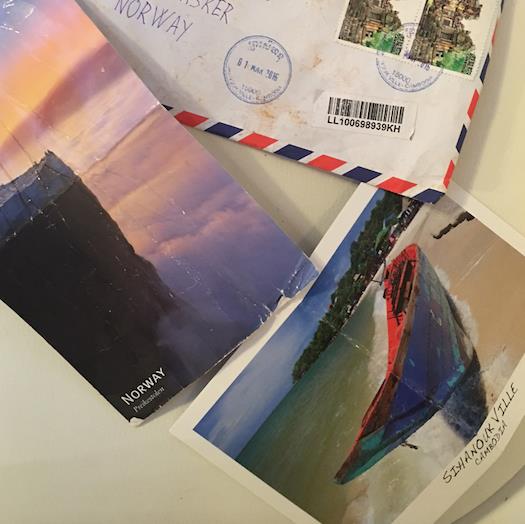