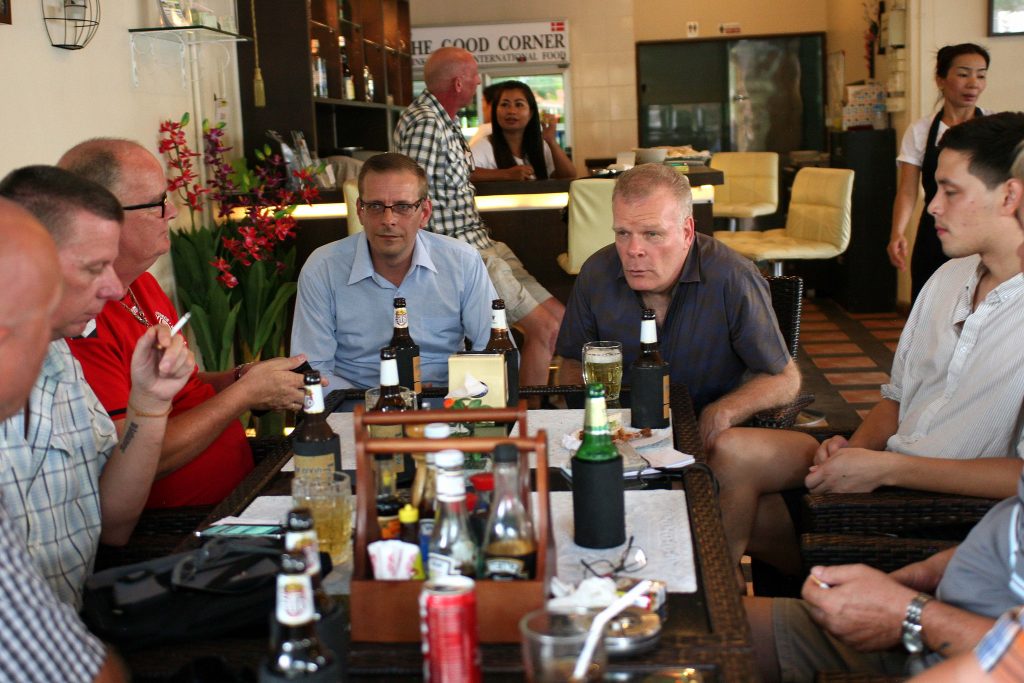 For the very first time in his soon 6 years ambassador period, Mikael Hemniti Winther, officially met the Danish expat community in Udon Thani and the nearby regions of Northeast Thailand. The “meet and greet”-arrangement took place at the Good Corner, a Danish-owned restaurant owned by 4 years Udon-resident, Jytte Rasmussen.

The ambassador was flanked by Michael Madsen, consular staff at the Embassy, when they casually took up the space at the bar, while the around 30 local Danes, that had turned up, was seated at tables around the restaurant.

Mikael and Michael began with a loop of handshakes around the tables, before Mikael took the word and announced that the Embassy, to great excitement for the attendance, had paid for free drinks and food for the next 2 hours. That’s an effective way to please a crowd.

The casual atmosphere continued throughout the meeting. Mikael ran through the timetable and invited people to ask “any questions they like”. Even though Mikael’s wife is from Udon Thani and he regularly visits the region, this is his first official visit, he said.

“There are only 8 people registered from the area on Danskerlisten, so if we have to look completely strict on this, only 8 Danes a living in Udon, as far as we are informed”, the Ambassador told as one reason why, he hasn’t visited before. 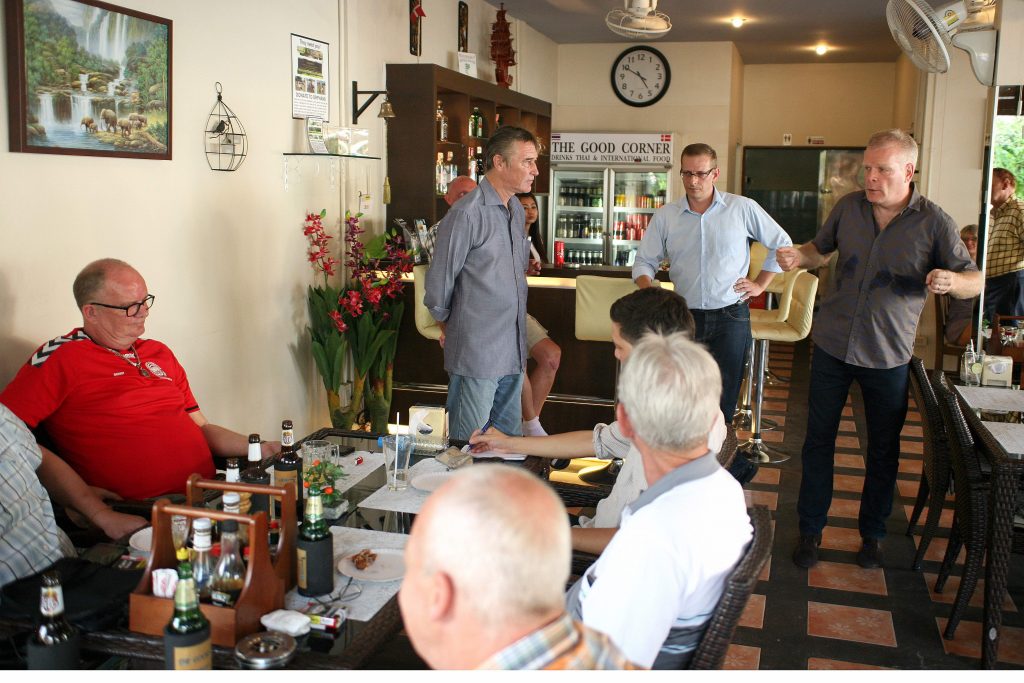 The questions from the crowd where round and about and ranged from complaints about the lack of rights as an expat and what the use of tax-paying is, as they “don’t get anything from that”.

It escalated when Jens Andersen, expat since 2009, took the floor and said “we pay our taxes, but what rights do we have? We have no health care and we have no right to vote”.

Mikael were willing to discuss the issues raised by Jens Andersen, but also made it cleat that it was out of his scope as the ambassador. Tax-issues and right-issues are strictly political questions and goes back to the central government in Copenhagen. The Embassy is a subject to the rules decided by the government, Mikael explained:

More questions concerned practical or more personal issues. When all shots were fired, Mikael and Michael sat to have a chat and a beer with the guests. Afterwards he evaluated the meeting with ScandAsia.

“I have been planning to go to Udon Thani for some time now. I’m always happy to be out of the office and meet with the Danes. There are many frustrations and my experiences says that most of them are solved by meeting people – that also goes for today in my view. So I’m satisfied with today”.

What is the purpose behind these “Meet the Ambassador” events?

“The purpose is to show people that the Embassy is not some kind of ivory tower. We are always at service, available and happy to chat. People often have a lot of stories they want to share, especially when you sit down and have a beer with them and sometimes they also find interest in what you actually do as an ambassador”.

Mikeal Hemniti Winther is ending his period as Danish ambassador to Thailand this summer, when he is moving to Bangladesh. 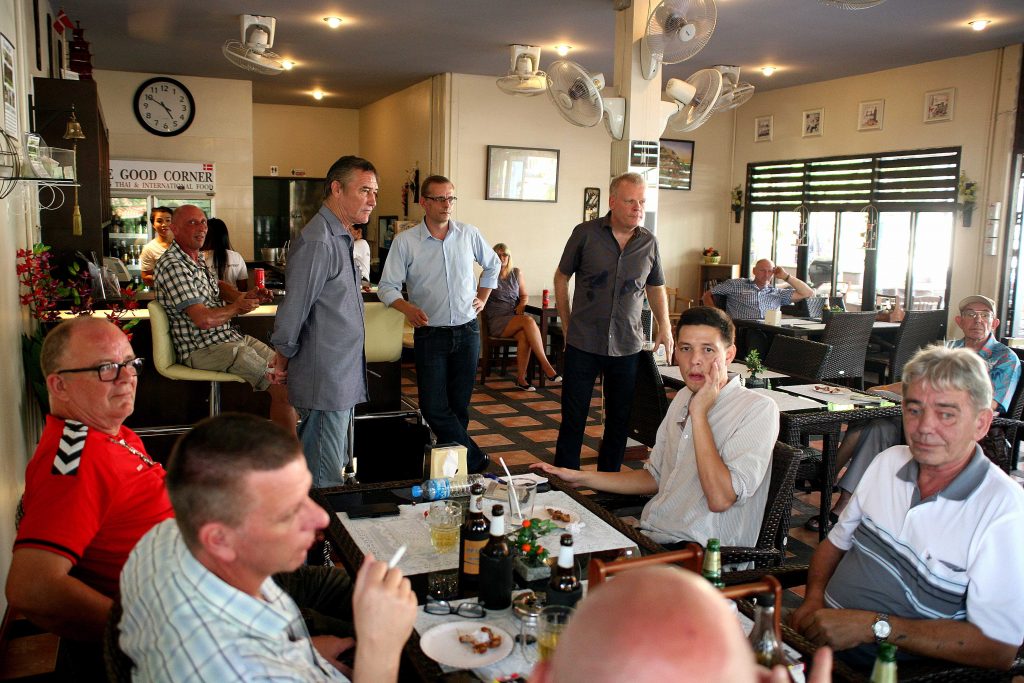