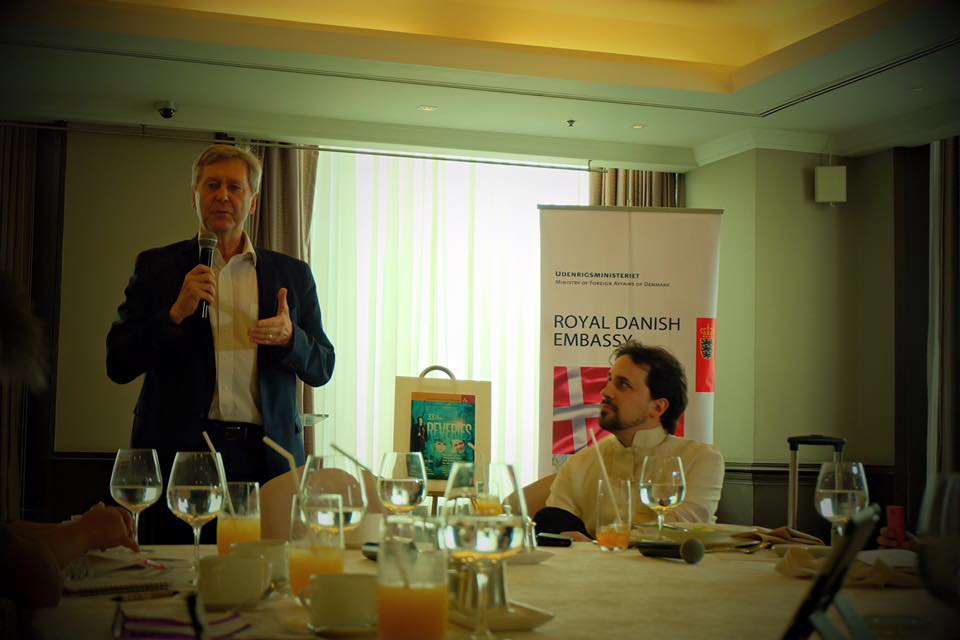 Works by Danish composer, Carl Nielsen, is performed  at the Cultural Center of the Philippines’ Tanghalang Nicanor Abelardo this Friday, 19th February. It is the Philippines Philharmonic Orchestra under the baton of its French Maestro Oliver Orchanine, that will be process famous pieces by the leading Danish composer.

The concert is a dream come through for the two primus motors behind the event, Danish Ambassador in Manila, Jan Top Christensen, and Music Director and Chief Conductor of the Philippine Philharmonic Orchestra, Oliver Orchanine.

“Oliver visited the Embassy and told us, that he was a big admirer of Carl Nielsen, and that he was in contact with two Danish musicians that were well-versed with Carl Nielsen”, Jan Top Christensen tells ScandMedia.

The timing was almost magical, the Ambassador states, as the Embassy has given up on getting the funds from the 150th Carl Nielsen anniversary in 2015, because they were still busy establishing the Embassy, that started the opening process in August 2014.

With a Conductor that had a great knowledge of Carl Nielsen and the two Danish singers, soprano Dénice Beck and baritone Thomas Storm, the setup was perfect. Jan Top Christensen did the footwork and made contact with Danish Foreign Affairs and the Cultural Board. He finally got the financial support from The Carl Nielsen Grant and Cultural Center of the Philippines. 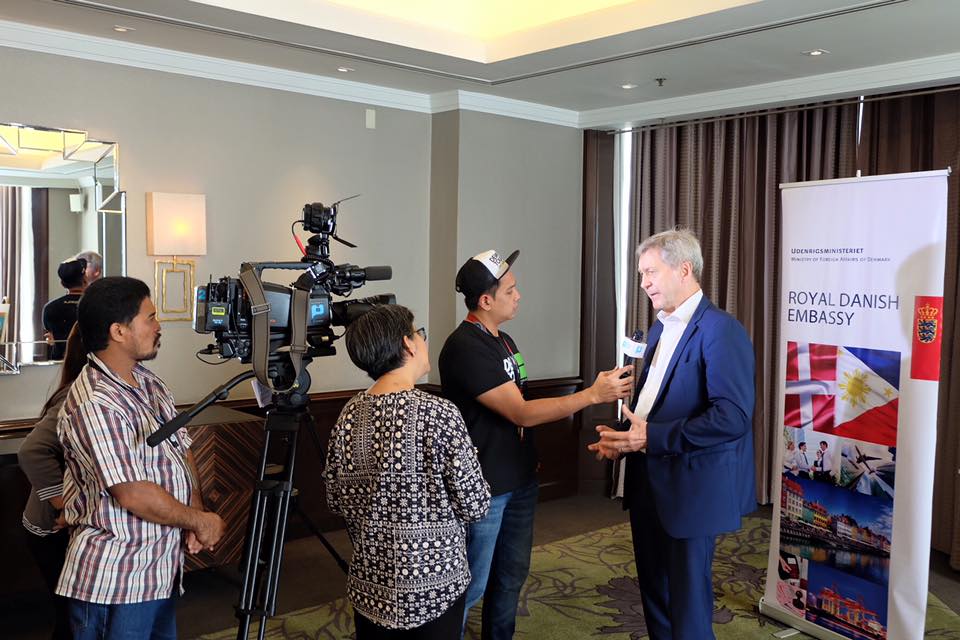 Discussing Carl Nielsen’s music on a press conference Oliver Ochanine said: “It is actually accessible, unpretentious and yet very complex. In Europe he is very well known. I thought it would be a great opportunity for Filipinos to know the music of Nielsen”.

“Through his compositional style,” the PPO director added, “he was able to make his music accessible to all. He was constantly fooling around and had a lot of humor, like Mozart who wrote about flatulence”. Conductor Oliver Ochanine has played pieces of Carl Nielsen with the Philippines Philharmonics before, but this is the first time a they’re doing a solo concert on Carl Nielsen.

Apart from a well-visited press conference, there have been a wide interest from different Philippine media, Jan Top Christensen reports. Daily Newspapers have written about it and the Ambassador was also in the Philippine radio for classical music promoting the show. Afterwards they played one-hour of Carl Nielsens works.

The event has more to it, than the music according to Jan Top Christensen. “It’s also our first major event celebrating 70 years of diplomatic relations between the Philippines and Denmark”.

“So we are not afraid to admit, that we are happy and proud about the event”, the Ambassador ends.

Dénice Beck and Thomas Storm will arrive this evening and dine with the Ambassador tomorrow the 17th February.

Dénise Beck is a renowned opera artist and oratorial singer. She received the Inga Nielsen Prize, the Talen Award of the Danish National Radio 2011 and was announced Sonning Laureate 2012. In 2015, she received the Else Brems Prize. This year, she will be awarded the Axel Schiotz Prize.

Thomas Storm was educated from The Carl Nielsen Academy of Music and The Opera academy at The Royal Theatre in Copenhagen in 2011 where he studied with Prof. Kirsten Buhl Møller. He has, in a few years, established himself as one of the most sought-after baritones in Denmark.